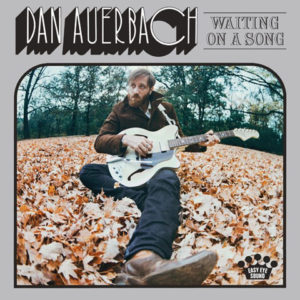 Multiple Grammy Winning artist and pioneer Dan Auerbach has announced a 20 date tour that kicks off in Vancouver on February 10th, 2018. Besides Vancouver, the Easy Eye Sound Revue Tour will travel to cities including Brooklyn, Seattle, Austin, Nashville, Boston and more. In addition to Auerbach, Robert Finley will be featured along with special guests Shannon & the Clams.

Auerbach will be busy in the coming weeks, with appearances in November including taping an Austin City Limits performance on the 27th. Good Sound Comes Back Around Vol. 1, a 7″ Easy Eye Sound sampler will be issued on Friday, the 25th of November in conjunction with the Record Store Day’s Black Friday event.

Waiting On A Song is Auerbach’s new solo album and the debut album for his Easy Eye Sound label. Among the many guest musicians he has appearing on the album are Duane Eddy and Jerry Douglas.