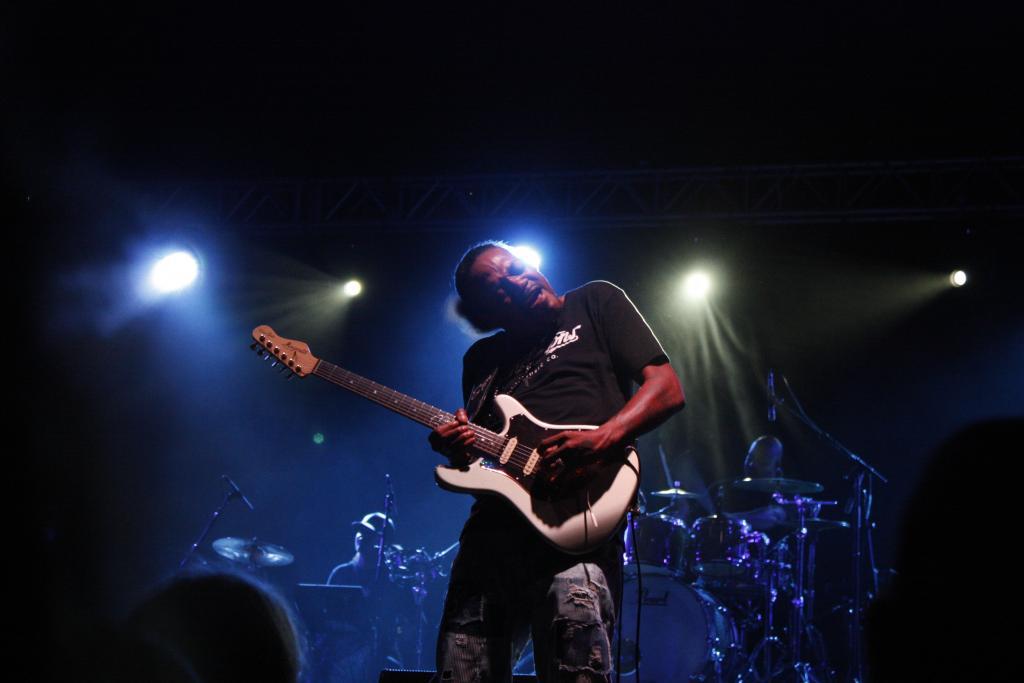 As with every year when day five of Bluesfest rolls around it’s a bittersweet affair. You’re tired from a week of partying, the crowds have reduced significantly, but the music is still going, and you don’t want it to end.

Walter Trout‘s second set on the Jambalaya stage was an exhilarating high, this time getting his son Jon up on stage to play guitar with him. In a deeply felt tribute to his wife, Marie, Trout and his guitar-slinging offspring poured their hearts into their playing and had goosebumps spreading across the crowd.

Later in the evening, Eric Gales tore the roof off the Delta tent. Hypnotising the audience with his “Jimi Hendrix on Speed” style of playing, the guitar maestro worked the crowd and himself into a frenzy, performing some of his best-known tracks, as well as a few more obscure songs.

Over in the Juke Joint, The California Honeydrops got the crowd partying hard for the fifth day in a row, playing new tracks including “Call It Home” as well as the hits. The Honey’s set was dripping with enthusiasm, closing the festival in style with a walk through the crowd playing their instruments, a throwback to their days of busking on the streets of California.

Between the blues, beverages, and sunshine, Bluesfest 2018 has served us well, and it was hard to say goodbye. Now the wait begins for next year’s 30th anniversary festivities!