Book Excerpt: A Selection From Twist Turner Autobiography ‘Blues With a Twist’ 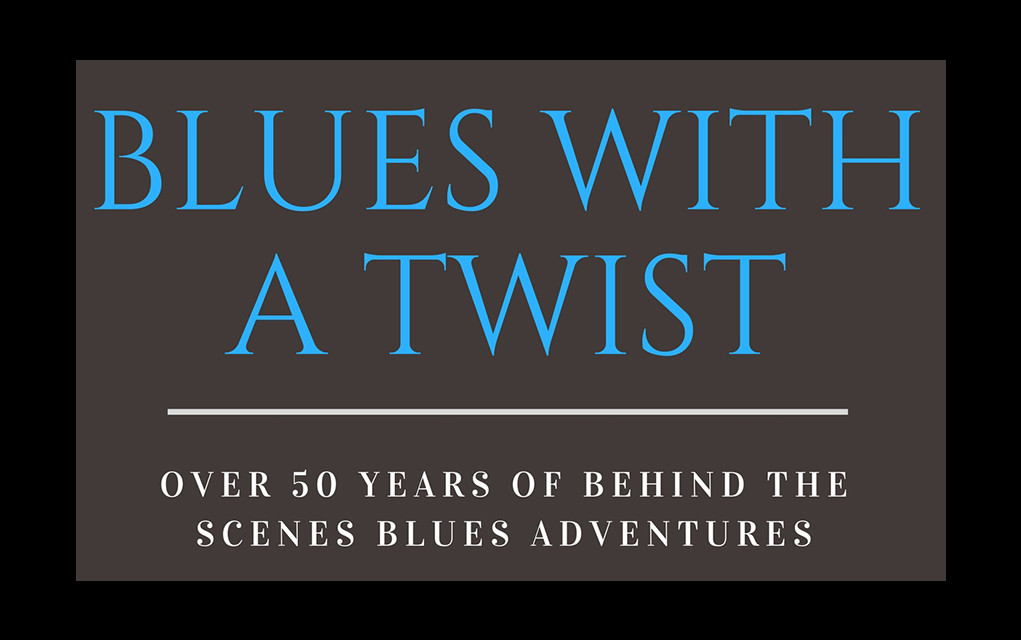 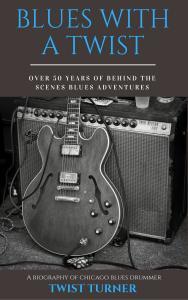 What if you could work with your idols and heroes; and all your favorite musicians? Not only would that be a dream come true, but man oh man would you have some stories to tell!

For Twist Turner, that’s exactly what fate had in store for him. Over the course of his five-decade career as a drummer, he’s had the opportunity to work with over 40 Grammy Award winners and/or nominees and countless W.C.Handy/BMA winners. Born and raissed in Seattle, Turner left for the daunting rough and tumble streets of Chicago in 1975. He would go on to work with everybody that was anybody in the blues. He would say, “it was much easier to name the half-dozen blues artists that he hadn’t worked with than to name the ones he had…”

Beginning in 1985 his musical journey would take him to New Orleans, Seattle, and the San Francisco Bay Area before he returned to Chicago in 1991. Turner moved back to the  Bay Area in 2012 and can still be found there today. He stays busy, still recording and producing.

The following excerpt is taken from his book Blues With a Twist, published by BookBaby. The 188 pages tell stories of his decades long career rubbing elbows with and working with the musicians that have made the blues what it is including, Junior Wells, Buddy Guy, Phil Guy, Lefty Dizz, Hubert Sumlin, Jimmy Reed, Byther Smith and so many more.

My friend Oliver Davis was raised in Greenville, Mississippi and loved the blues. He even played a little slide guitar reminiscent of Johnny Littlejohn’s playing. I first met Oliver at Theresa’s one night when he showed up with his guitar to play a few numbers. After that, I would run into him here and there. At one point around 1980, he took over an old gas station at the corner of Jackson and Kedzie on the Westside and turned it into a take-out fish restaurant. It was a place that brought live fish up from Mississippi, and you could actually choose your meal and have it cooked right then and there if you wanted too. Oliver’s love of music made him build a bandstand in the parking lot, and during the summer months for several years running, he had live blues on the stage on Friday and Saturday afternoons.

You wouldn’t find this place on any blues tourist map. The white musicians on the Northside largely had no idea it existed, or if they did, they didn’t really understand what was going on there. This place should have been a national treasure!

I would frequently head to the fish market and hang out as long as I could before my gig that evening. It was free, and everyone was welcome, but it could also draw some humbuggers as well. I’ve seen fights, guns fired in the air, and my share of arguments there. Despite all that, it was a really fun place. I’d usually grab a quart of beer from Brown’s, a bar around the corner, and get some catfish and just sit back and check out the music. I’d sit in whenever I got the chance.

On an exceptionally hot day, Johnny Littlejohn who had been performing just fell out in the garage part where they kept the live fish. I really thought he was gonna die. He asked me to call his wife, and someone else also called an ambulance. I really thought that this was gonna be it, and hewas gonna die in my arms right then and there, but it turned out to just be heat stroke, and he lived to play another day. This was not the last time inmy life I was to get a scare like this. The same thing happened with bluesman Sammy Fender years later.

Speaking of Johnny Littlejohn, I had bought this little Chevy Nova for $100 after my tenure with Guitar Jr.’s band. I was at the fish market one day, and the car engine wouldn’t turn over. I knew Johnny was a great mechanic, so I asked him to take a look. He very quickly figured out that you could jump the starter with a screwdriver if the key was turned on. He asked me what I had in my trunk. I opened it, and there were some miscellaneous construction items in there. He dug out a house light switch and a lamp cord, and he further proceeded to fix my starter so I could use the car. I left it like that for a year and even sold it to the peanut man on 43rd Street with the light switch starter still in it!

During my years with R&B Construction, when we had been working in the western suburbs, we would frequently stop by the fish market with the whole swimming pool crew after work. One such day we arrived with our wheelbarrow tied to the roof and our 2×4’s as well as shovels hanging out the back windows. I noticed that Matt Murphy from the blues brothers was on the stage. I said, “Hey, there’s Matt Murphy from the Blues Brothers.” I believe they were touring during this time after the movie had been released. My boss’s brother Boom said, “Yeah sure, in your dreams,” which was an inside joke, but he really did mean it. It really was Matt Murphy, who was not frequently seen in Chicago. Our crew that dayconsisted of my boss Max Brumbach, his brother Boom,John Sauter, whohad just left Ted Nugent’s band, and myself. We hung out for a while but soon Sunnyland called us all to the stage to play. He announced each of our names and then said, “Let’s give them a round of applause because they’re white.” Huh?

While playing one of our first numbers, I saw Arthur “Dogman” Jackson heading for the stage, bottle of Richards Wild Irish Rose in one hand. He climbed up on the stage, and I thought he wanted to sit in. Instead,he came up behind Max and started yelling, “Hey Chinaman, quit playingthat antique sh’t,” which was kinda funny since Max was Irish with red hair.Max and Dogman had a long history together, though. They’d known each other since the 60’s when Max was working with Sam Lay.

I think we may have stayed there a little too long. John Sauter wasthe only sober one of the bunch when we left, and that was because he didn’t drink. We ended up giving Matt Murphy a ride to his hotel in the pool mobile. I had my Mississippi Moon Pie with me, and I was just drunk enough to keep taunting Matt with it. In the meantime, we are below the EL tracks on Lake Street just like in the Blues Brothers movie. Max was driving a good 55 mph in a 30 mph zone. I kept hearing Matt say, “If we get stopped, I don’t know you guys,” over and over. We must have really scared the sh’t out of him, but he did make it to his hotel safely.

After a number of years, Oliver went though a really bad divorce,and he just gave up. He stopped having live music. Although still open for business, he just let the place fall apart. I heard he died a few years later, but what a great place and what fun we had while it lasted. If there is a heaven, I hope Oliver is open for business when I get there.