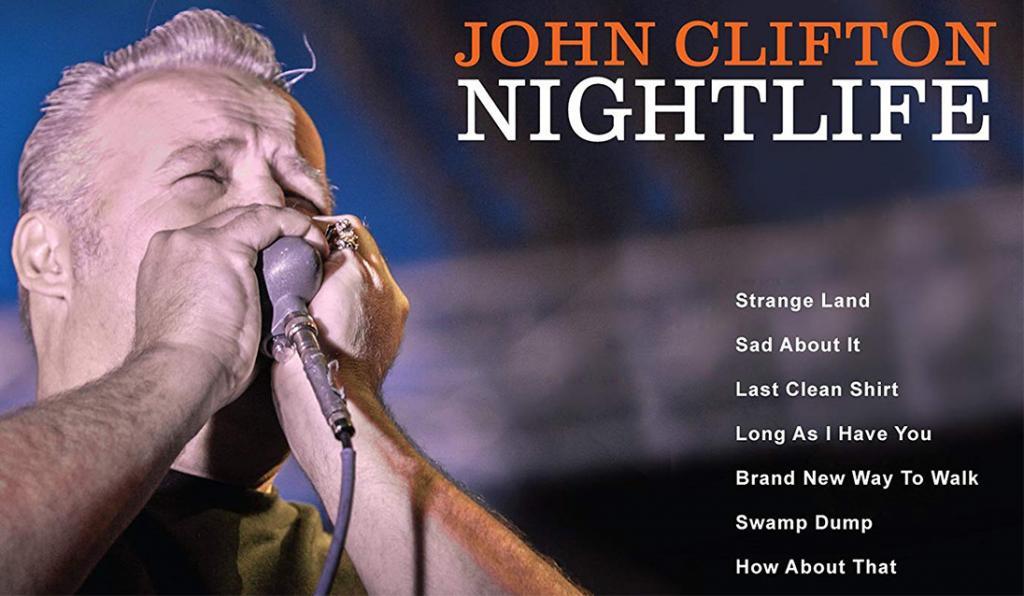 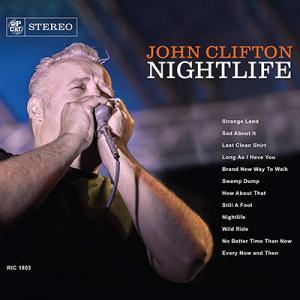 Some things are so ugly they’re beautiful. Wood, for example. The uglier it gets—darker, gnarled, knotty—the more interesting and enjoyable it is to look at and to feel. Music is no different. It doesn’t need to be sweet and pretty to be a great listen. There’s beauty in the unmade-up rawness of a performance. And that’s the beauty of John Clifton’s Nightlife, a wonderfully raw album of harmonica-driven blues.

Just to be perfectly clear, this album is melodic. It’s not avant-garde, microtonal noise. These are familiar-sounding songs performed well. But the music is unadorned. The riffs are direct. The performances are about artists expressing themselves and not filtering for the listener. And all of these things are what make it such a fun, enjoyable, and even surprising album.

Clifton’s cover of Lee Moses’ “Sad About It” illustrates what his band brings to songs. The Moses original is emotional in a sad way. Clifton adds a much less vulnerable energy, practically screaming about his despair. The tempo isn’t fast, but it’s faster than the Moses original, which almost wallows. Clifton’s vocals are driven by his band, which seems just as cut up as Clifton. There are organ swells from Bartek Szopinki and thick, angry guitar from Scott Abeyta. But what’s amazing about the song is the way it builds in intensity without ever releasing into an instrumental break of some kind, which would be the safe, expected move.

This is an instrument-driven album (Clifton is a harmonica player), and yet he makes the choice to not insert a solo where he doesn’t think it would fit. Not many instrumentalists would make that same choice. Especially instrumentalists as talented as Clifton and Abeyta.

Abeyta’s guitar playing across the album is fantastic. He never steals the spotlight—at least not deliberately—but his tone and licks are simply too captivating to ignore. You hear it on “Last Clean Shirt,” a bouncy country cover about burying a brother. Clifton lends it a rich, vibrato-laden harmonica solo that eventually gives way to Abeyta’s own solo, with a huge tone that sounds like mud feels. It eventually moves to a higher register, becoming positively stinging. And with it, Abeyta taps into the anger and sadness of the song in a way the lyrics and Clifton’s cool, detached vocals don’t.

Abeyta does it again on “How About That,” a jazzy original instrumental. Clifton solos like a sax player over a walking bass line. Abeyta plays behind him, using that same thick tone that sounds nothing like jazz. Abeyta adopts a cleaner tone for his own solo, playing jazzy licks in a caustic way, almost like he’s mad at the song. And Abeyta’s solo moves Clifton’s second solo into more aggressive territory. The result is jazz as performed by people to whom jazz owes some serious money.

Nightlife demonstrates the power of standards. The songwriting on the album is fine, and the familiarity of the tunes frees the listener up to appreciate the performances, which are expressive and passionate. Most importantly, they are not necessarily concerned with sounding pretty. Instead, this is an album of talented musicians tapping into honest emotions and letting the final result stand as a testament to a specific moment. And that moment is a fantastic listen.