10 Underrated Female Blues Musicians You Need To Be Following 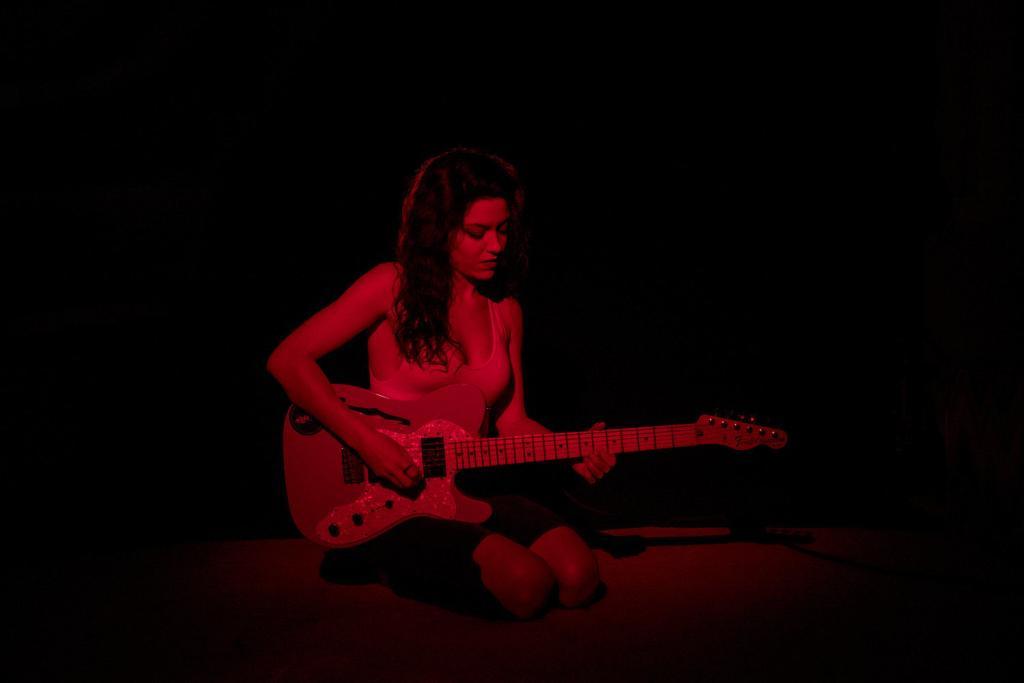 In a world that’s obsessed with social media, each of us are shouting into the void of seemingly infinite profiles, and sometimes the good ones get lost. Here are ten relatively unknown, but incredibly gifted blues playing women from around the world whose profiles may have escaped you, but deserve every follow they can get.

Since 1994, Minnie Marks has been playing some of the meanest slide blues, roots, and rock and roll around.

Hailing from Crescent Head, a beachside community in New South Wales, Australia, the singer, songwriter, guitarist, and multi-instrumentalist has been taking the world by storm, one boundary pushing track at a time.

Making what she describes as “dirty sweet rock and roll,” Marks is a one woman force of nature, singing like Tedeschi, sliding like Lowell, and stomping like her life depends on it.

Marks is a certified blues prodigy, and has been getting attention from some of the best guitarists in the biz, including Joey Landreth. Follow suit, and show her a little lovin’.

Based in Venice Beach, Los Angeles, 20 something year old European export Cristina Vane is a singer, songwriter, and guitarist who with her signature silver resonator in hand, has been taking her commanding blend of blues, and folk across the world.

Growing up Vane spent years studying classical voice, music theory, as well as piano and flute, before falling in love with the blues, namely of the Delta kind. Enamoured by the likes of Lead Belly and Mississippi John Hurt, she posts covers of old delta blues songs, as well as originals almost daily on her Instagram page.

While she’s first and foremost a slide guitarist, Vane employs fingerpicking, acoustic, electric guitar techniques, as well as her most recent favourite, clawhammer banjo playing. Along with her impressive musicianship, Vane’s voice wields a lot of power, and seamlessly fits her stripped back, and haunting approach to the blues.

If you haven’t jumped on board the Cristina Vane train then you’re missing out on some of the best blues this generation has to offer.

With a cool 15 thousand followers on Instagram, the musician regularly posts clips of her performing original tracks, as well as covers of songs by everyone from Chuck Berry to Etta James and Eric Clapton.

Woodward has spent the last 14 years developing her craft, winning a number of song writing competitions within that time frame, and playing on festival line-ups alongside music greats Willie Nelson, Dr. John, and Sheryl Crow. Woodward’s following has been steadily building over the years, and it’s only getting bigger from here.

Serving as a somewhat elusive online figure, up until a few months ago, guitarist, singer and songwriter, Kortney Sweikert was known to followers only by her old username Guitargypsy7, posting both guitar covers, and originals on her Instagram page.

Much alike Derek Trucks, Sweikert says more with her guitar than most can say with words. Even in one minute increments it’s evident that her playing succeeds that of a usual guitarists. It has soul, enriching tone, and a voice so pure, and captivating that even John Mayer couldn’t ignore it; One of the many important musicians to follow her.

While not exclusively a blues player, Sweikert’s playing has depth, and a worldly influence, and her singing voice, remindful of Norah Jones’, is sweet with subtle vibrato.

Sweikert’s short bio, says that she’s working on an EP, and there’s no doubt that when it arrives her music will no longer be mine, and 72 thousand others’ little secret. Extend her a follow before the rest of the world catches on.

Jesse Williams is a blues powerhouse. Taking influence from Tedeschi Trucks, Hendrix, and Bonnie Raitt among others, the young American singer, songwriter and guitarist offers up a vivid, soulful take on the blues.

While playing shows as The Jesse Williams Band, Williams surrenders to the sound and can go from singing a sweet, and spirited verse to playing a blistering blues solo within a moments time.

Williams’ blues has a certain kind of energy. It’s raw, and filled with emotion – just the way it should be.

At only 19 years old, Texan blues rock guitarist, singer, and songwriter, Ally Venable has achieved more musically than some would in a lifetime.

Venable has been playing live for a number of years, earning herself the title of female guitar player of the year in 2014, and 2015 at the ETX Music Awards, and being named blues band of the year by ETX in 2015, and 2016. Aside from her multiple awards, the blues woman’s recently released sophomore album, Puppet Show debuted at No.7 on the Billboard Albums Charts.

Her high energy take on the genre has seen her gain a steady 10.3k Instagram followers, a platform where she shares videos performing original songs, and the occasional cover by artists like Prince, and Stevie Ray Vaughan.

Australian vocalist and front woman Caiti Baker was born and raised on the blues. As the daughter of a bluesman, Baker’s formative years were filled with blues, soul, gospel, jazz, big band, and rock and roll, followed by a teenage love affair with Neo Soul and R&B, all of which has equated in her music having a sound that’s distinctly hers.

Baker supported legend Booker T Jones on tour, and has played some of the world’s best festivals including Bluesfest Byron Bay. Since the release of her critically acclaimed debut album ZINC in 2017, her fandom has increased tenfold, and she’s now taking her high energy live show on a headline tour across Australia.

If things continue as they are, Baker will soon enough be taking on the rest of the world.

Whether she’s performing with her band The True Loves, playing with The California Honeydrops, and Melissa Etheridge or performing for Quincy Jones, Love’s voice is a gift that demands to be heard.

Love’s booming vocals are hot, and her sass is even hotter. As soon as the blues and soul songstress opens her mouth emotion pours out, and it’s a treat for any music lover to hear.

With over ten years’ experience on the live circuit, Love is a seasoned performer, and the release of her debut self-titled LP in 2015 has seen her following grow larger each year.

If one thing is for sure it’s that Love is a woman worth watching.

New Orleans is home to some of the greatest musicians in the world, and Maggie Koerner is one of them. Koerner’s music is all but tied to a particular genre. The singer, songwriter and multi instrumentalists’ voice, is the perfect mix of soul, and grit. It carries with it an earthiness that punches hard, and leaves you quivering for more.

Koerner is no newcomer, and has been on the scene for close to a decade, releasing her debut LP Quarter Life in 2011. Over the years her music has shifted from blues, to soul, to alternative and back again, and despite the changes in sound, Koerner has never failed to use her music as an unfiltered vehicle for expression.

Her performances are arresting, all consuming, honest, and relatable, and her 10.9k Instagram followers are testament to that fact.

Since 2013, Caitlin Krisko and her larger than life vocals have been fearlessly leading blues rock group, The Broadcast.

Born and raised in the city that never sleeps, the singer/songwriter dropped everything in 2010 and moved to Asheville, North Carolina, where as fate would have it she met guitarist Aaron Austin who would soon become her song writing partner, and boyfriend.

After the success of their ventures as a duo, the pair went on to form The Broadcast. Since their emergence the band have released two studio LPs, and played over 1,000 live shows across the US, and Europe.

Krisko’s voice is packed full of what feels like endless fervour. Having shared the stage with Susan Tedeschi, Mavis Staples, Charles Bradley, and John Prine among others, Krisko’s potential is only just unleashing, and herself and The Broadcast are exactly what the world of contemporary blues needs.

*Have something to say about one of these artists? We’d love to hear from you in the Comments below.  Remember – You can follow American Blues Scene on Instagram!