The Reverend Peyton’s Big Damn Band is ‘Poor Until Payday’ 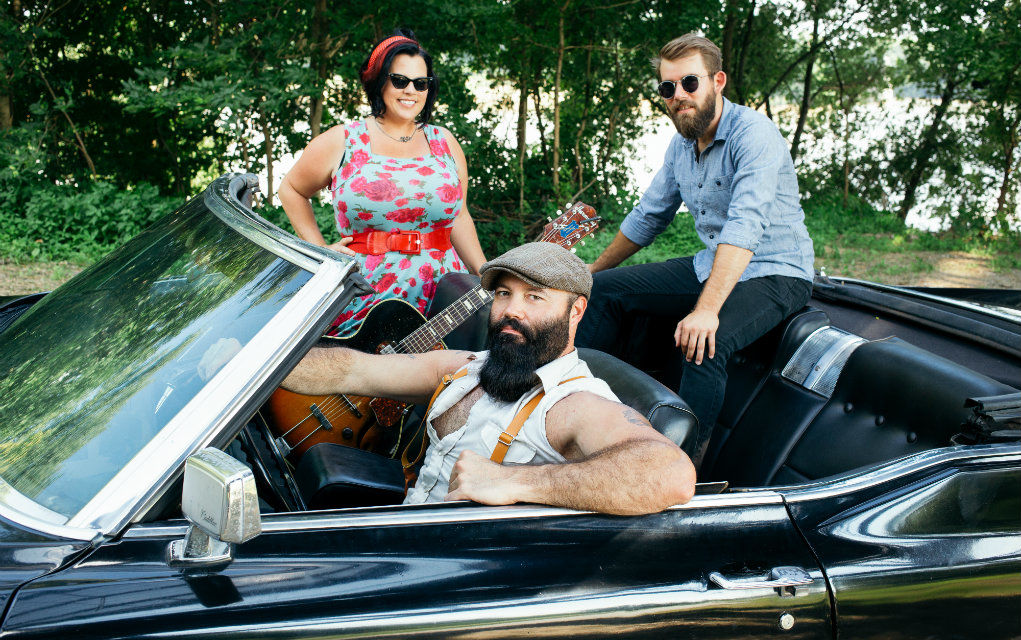 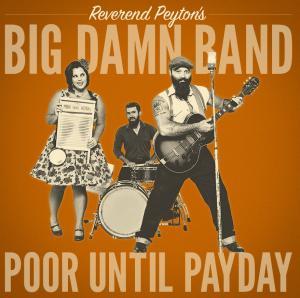 One of the hardest working groups on the scene is The Reverend Peyton’s Big Damn Band. They play as many as 300 shows per year, and are touted as the biggest little band in the country. Country blues that is. On October 5th, their legion of fans will once again get their fix when Poor Until Payday hits the shelves.

Poor Until Payday is the group’s second offering on their own Family Owned Records label through Thirty Tigers. The 3-piece group made up of The Rev, his wife Washboard Breezy, and drummer Max Senteney are as much ZZ Top as they are Bukka White. Writing original songs in the country blues style of White, Charley Patton, and Mississippi John Hurt, they crank a single 1949 Supro amp as far as it will go, and perform them in their particular incendiary style.

The album kicks off with “You Can’t Steal My Shine.” Taking us straight to church with finger-picking slide guitar over a foot-stomping Gospel beat, this opener grabbed our attention from the outset. The lyrics give courage to those put out by the world climate of the day. No matter what happens, can’t nobody steal your shine. Something to remember for sure.

“Dirty Swerve,” brings a bit of funk to the mix. Breezy catches some of the spotlight on this one, both contributing to the writing, and showcasing her primo vocals on a modern day call-and-response ditty.

The good Reverend keeps it classic in the recording process as well. On Poor Until Payday he Plays his beloved custom-made National steel resonator, a 1949 Harmony Archtop, a 1954 Supro Dual Tone and a 1955 Kay Speed Demon through a 1949 Supro amp. Wanting to restore the warmth that is mostly eliminated by modern-day compression the band played in a room together with minimal micing, with the main effect being tape saturation.

How would he know about such things? How could he not? Peyton has been playing the country blues of his heroes since the age of 12, and has toured with the likes of David “Honeyboy” Edwards, T-Model Ford, and Robert Belfour. If that ain’t a pedigree, we don’t know what is. With Breezy on the washboard, and Max playing everything from traditional drums to suitcases and maple syrup buckets, the Big Damn Band lives up to its name and keeps the tradition of country blues alive, while performing it with their electric style.

“Poor Until Payday,” is as much an anthem to the common man as “One Piece at a Time,” “Chain Gang,” or “Take This Job and Shove It.” When that check comes in, Peyton plans to treat his wife as well as she deserves. She sticks right by his side during the lean times too after all.

Things get to rockin’ on “So Good,” and drop into front porch acoustic with “Church Clothes.” On the latter, Rev. Peyton absolutely shines with just vocals and his resonator guitar. The man can play, quite literally, anything with strings, but is at his absolute finest when finger-picking and working that slide. With all the imitators out there, the closest you’ll ever get to Robert Johnson is when Peyton gets in this mode. No amp, single microphone, and making it sound like there’s at least two guitars being played.

Speaking of Johnson, what country blues album would be complete without a song about ‘Ol Scratch? Peyton obliges on “Me and the Devil,” and then takes us on a trip to the Big Easy with the Second Line sound of “Frenchmen Street.”

“I Suffer I Get Tougher,” is another song about perseverance and hope. As the Reverend himself says it’s about, “being your authentic self despite everything lined against you, a light at the end of the tunnel.”

The closer is one of our favorites. “It Is Or It Ain’t,” is the type of upbeat, slap-your-mama song that Big Damn Band fans throng to see at live shows. Our personal favorite on this album though is “Get the Family Together.” Played at near supersonic speed, the song reminds us not to wait for a funeral to get the family together.

You see it’s all about family. Whether they be your significant other, distant cousins or band-mates, family is the reason that most of us have what we do. The Reverend Peyton’s Big Damn Band brings that attitude in both their live shows and albums. Poor Until Payday is no exception.

For both the current fans, and those who will be, get yourself a copy of Poor Until Payday. After all, there’s always room for more kinfolk.