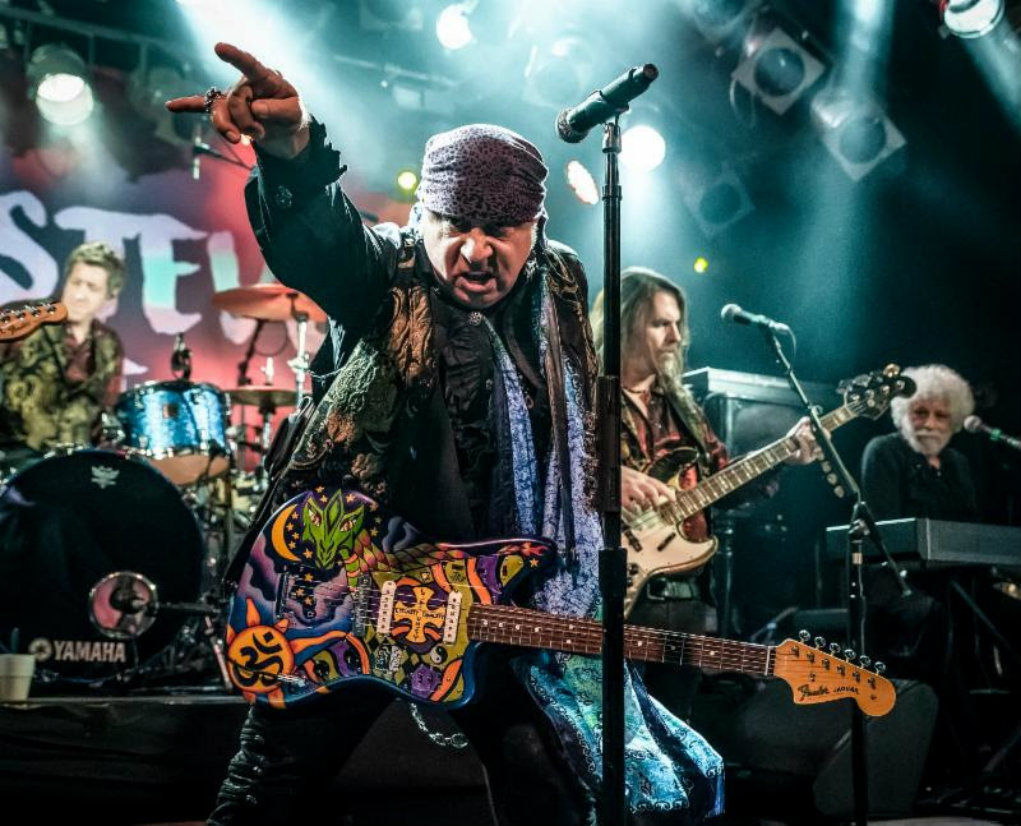 Little Steven and the Disciples of Soul have announced the release of their eagerly awaited new album. Summer of Sorcery. The legendary rock ‘n’ rollers first album of new material in 20 years, arrives May 3rd via Wicked Cool/UMe. 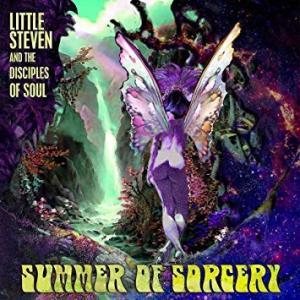 “My first five albums in the ‘80s were both very personal, and very political,” explains Little Steven aka Steven Van Zandt. “I wanted the new material to be more fictionalized. The way records were when I grew up. Before it was an artform. The concept was capturing and communicating that first rush of summer. The electricity of that feeling of unlimited possibilities. Of falling in love with the world for the first time. Obviously, there are occasional personal references, and a bit of what’s going on socially scattered throughout, but I achieved what I set out to do. I created a collection of fictional movies scenes that feel like summer. I’m quite proud of it.”

Summer of Sorcery – which arrives just two years after Little Steven’s acclaimed 2017’s solo return, Soulfire, and its 2018 live follow-up, Soulfire Live! – was written, arranged, and produced by Van Zandt at his own Renegade Studios in New York City; the album was co-produced and recorded by GRAMMY® Award-winner Geoff Sanoff and co-produced by Disciples of Soul musical director and guitarist Marc Ribler. Summer of Sorcery was mixed and mastered respectively by Van Zandt’s career-long collaborators and friends Bob Clearmountain (Rolling Stones, David Bowie, The Who, Bryan Adams), and Bob Ludwig (Led Zeppelin, Nirvana, The Band, Sly and the Family Stone). The album – which features an exclusive introduction written by Van Zandt – is adorned with Frank Frazetta-inspired cover art by Van Zandt’s longtime art director, Louis Arzonico.

Little Steven and the Disciples of Soul will celebrate Summer of Sorcery with special record release shows at The Saban in Los Angeles on May 4th and at the Paramount Theatre in Asbury Park, N.J. on May 8th. A wide-ranging world tour will follow, beginning May 16th at Liverpool, UK’s 02 Academy and then making headline stops across the United Kingdom, Germany, Denmark, Sweden, Norway, Belgium, the Netherlands, Switzerland, Italy and Spain. Exclusive VIP Meet & Greet Upgrade Packages are available for most dates. The “SUMMER OF SORCERY TOUR” will hit North America this summer – a full itinerary will be announced soon. In addition, Little Steven will lead the Disciples of Soul down under for the very final dates on his epic “SOULFIRE TOUR,” including a pair of hugely anticipated performances at the 30th anniversary Byron Bay Bluesfest in Byron Bay, Australia (April 18th and 20th).

Summer of Sorcery is another landmark work in a four-decade career full of milestones, a spirited collection of songs which conjure up all the wonder and magic of the eponymous season – the beach and the boardwalk, the young love and unbridled lust, the innocence and experience that somehow starts it all.

“I always work thematically,” Van Zandt says. “I can’t just throw together a collection of songs; there has to be some kind of overriding idea that drives it. This time I wanted to capture the excitement of that first summer of consciousness. That one special summer where you first fall in love with life, that thrill of just being alive.”

“Quite honestly, the SOULFIRE TOUR was something special,” he says. “It was a definitive type of tour – I told my whole life story and most of the story of the history of rock ‘n’ roll simultaneously, it was a show 20, 30, 40 years in the making. So it was like, ok, now what? How do we beat that, or at least equal it? You set these standards and now you’ve got to reach them.”

Reach them he did – Summer of Sorcery is Little Steven at his omnivorous, humanistic best, expertly crafted and deeply rooted in the many classic genres which taught and inspired the self-proclaimed “walking history lesson” from the jump. With their richly bombastic arrangements, floor-shaking groves, and high-powered performances from all involved, new songs like “Soul Power Twist and the album kick off “Communion” synthesize Van Zandt’s incalculable range of cultural and sonic inspirations into a one-of-a-kind brass-fueled brand of Technicolor rock ‘n’ soul unlike anyone else’s. The album features 10 original new songs alongside “Suddenly You,” an outtake from the “Lilyhammer” score, Netflix’s first original series, which starred Van Zandt who also composed all the music for trailblazing show, and a reimagining of “Education” which was first recorded for his 1989 album Revolution. “The education system needs to be fixed, needs to be improved,” he says. “Teachers need to be supported. There needs to be more support, more funding. That’s what I’m trying to get across with my TeachRock program and that’s all in this song.”

The record culminates with the epic title track, an eight-minute mission statement that conjures the euphoric rush of a summer romance and limitless possibility. “The whole theme of the album is summed up in that song, that wizardry, that magic mixture of falling in love in the summer,” says Van Zandt.

Recorded last year mid-SOULFIRE TOUR and then mixed whilst on the road once again, Summer of Sorcery represents a straightforward progression from its predecessor, the first time in Van Zandt’s long career that he’s maintained a band line-up and sonic approach from one solo work to the next.

“Instead of embarking on a whole new adventure, I decided, I’m going to evolve this thing,” Van Zandt says. “I’ve always wondered where my sound would evolve to if I ever did the same thing twice, if I ever evolved vertically rather than horizontally. All five of my solo albums before Soulfire are completely different genres. I never had a chance to evolve one particular thing to see where it went.”

Not to say Van Zandt didn’t push himself towards something new and novel – quite the opposite in fact. Where his prior solo canon was irrefutably linked by both his lifelong activism and deeply personal lyricism, this time Little Steven chose to eschew the overly political and explicitly autobiographical for a more overarching approach, one which allowed him a chance to apply his particular style of studied songcraft for his own album instead of another’s.
“With this record I really wanted to travel back to a time when life was exciting, when unlimited possibilities were there every day, says Van Zandt. “That was the feeling in the ‘60s, the thrill of the unexpected coming at you. Our minds were blown every single day, one amazing thing after another, constantly lifting you up. So you kind of walked around six inches off the ground all the time, there was something that kept you buoyant in your spirit. I wanted to try and capture that first and foremost.”

If Soulfire stands as the last word at the end of one chapter of Van Zandt’s long career, Summer of Sorcery marks the start of what comes next.

“Making this record was everything I’d hoped for,” Little Steven says. “What I’d hoped would happen was, you put the whole tour, all of those songs, into a funnel and out of that funnel comes a new album. And that’s exactly what happened.”