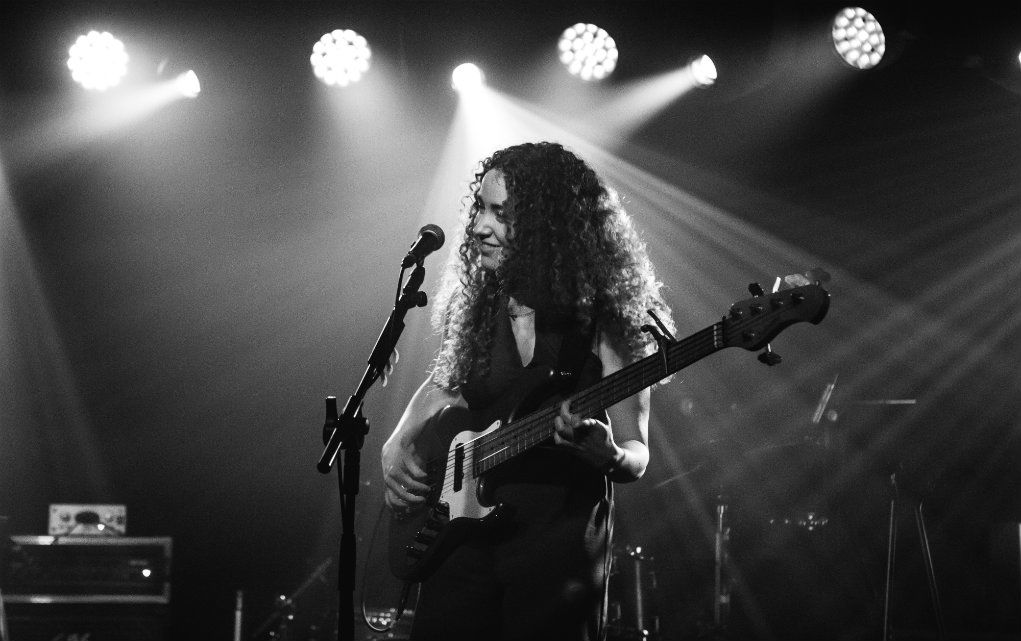 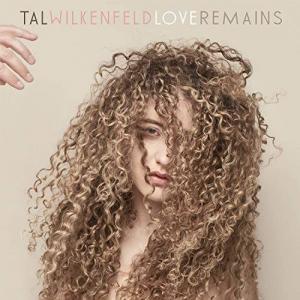 Australian born bassist Tal Wilkenfeld has been in the public spotlight for some time. Since emigrating to the US at the tender age of 16 it didn’t take her long to make a name for herself in the music scene. It was in the jazz clubs of New York City that she met some members of the Allman Brothers who convinced her to join them on stage at the Beacon Theater.

Following that performance, she toured with Chick Corea, and recorded her debut album, Transformation. After that it was a tour with Jeff Beck that ended at Eric Clapton’s Crossroads Guitar Festival in Chicago. Since that time she’s worked with artists that include Herbie Hancock, Macy Gray, Lee Ritenour, Todd Rundgren, Toto, and several others. She’s also performed live with Rod Stewart, John Mayer, Sting, Ben Harper, Buddy Guy, Billy Gibbons, Susan Tedeschi, and a plethora of other stars.

Now Wilkenfeld steps forward with her sophomore album release, Love Remains. With Executive Producer Jackson Browne at the helm, the major difference on this album is that Tal steps out of her comfort zone bringing to the forefront her skills as both a singer and songwriter as well as guitarist and bassist.

Love Remains begins with “Corner Painter,” a new take on a single she released in 2016. The opening storm sirens and thundering guitar let us know that something ominous is on the way. It couldn’t be more true. Soul piercing lyrics combined with driving rhythms give us high hopes for the remaining nine tracks. We were not disappointed.

This is not standard Wilkenfeld. Love Remains is a departure from her norm landing smack in the middle of singer/songwriter fare. Her beautiful vocals, long hidden from public ears, blend with her impeccable timing and musical chops to produce a sound that took us back to a heyday when artists like Carole King, Joni Mitchell, Carly Simon, and later Tracy Chapman and Amy Winehouse ruled the airwaves and the charts.

“Counterfeit,” is a bewitching tune with a slightly funky bass line, and lyrics that are sad but delivered in such a way that they don’t feel morbid. “Like a used car that didn’t get me far.” We feel that. “Hard to Be Alone,” gets more into the rock groove but with lyrics that are at times delivered just a above a whisper then building into something primal. The anxiety of the delivery, quite literally, raised gooseflesh.

The music delves into an acoustic mood with “Haunted Love.” Again, Wildenfeld’s brilliant lyrics take center stage painting images more vivid than those that hang in most art galleries. The title track follows with the opening line, “Dead roses, still in the vase. I don’t have the heart to throw them away,” over just an acoustic guitar. Then the music builds behind Tal’s angelic delivery taking us back to the days of college radio. Wilkenfeld is gifted in being able to take the best feelings of days gone by, and making them fresh and very much 2019.

Songs on the jazzy, rocking side include “Fistful of Glass,” and “Killing Me.” Nowhere is her singer/songwriter vibe felt more deeply than on “One Thing After Another.” Wilkenfeld takes us lyrically on a journey through friendship, romance, and eventual breakup with primarily just her voice and guitar. The addition of some center song reeds, flutes, etc are a lovely touch without taking anything away from the emotional depth of the writing.

In December Tal released the first single from the album, “Under the Sun.” For our money it was a brilliant move as this song showcases her intense bass skills, for which she is arguably best known. But then her incendiary lyrics delivered with a full-bodied voice introduced us to the Tal Wilkenfeld of Love Remains; an artist with less than 20 years of musical experience who at the at the age of 32 now brings her considerable talents to an audience that has long awaited them.

Love Remains by Tal Wilkenfeld is a highly praised release, reaching number 1 on the Billboard Heatseeker Charts in its first week, and rightly so. If it’s not already in your personal library we can only ask why not? To paraphrase the Bard, if music be the food of love, Tal Wilkenfeld, play on!