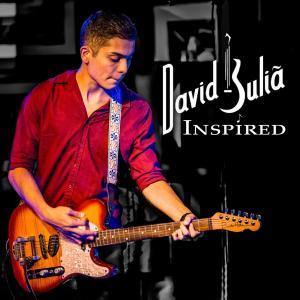 Are you familiar with David Julia?  He’s a brilliant young blues guitarist from Florida. VizzTone released his album, INSPIRED, last October, when he was still seventeen. Never a shredder, David plays and sings his original material with real power, focus and intensity.

Julia entitled his new album INSPIRED because he’s very aware of the debt he owes to the musicians who have inspired him. Beyond the blues masters whose records he has learned from, he has been personally touched by the current generation of musicians who have come through his home state, taught, befriended and encouraged him, and helped him along the way. The album was produced by Mike Zito, and includes six original compositions plus songs by J.P. Soars, Michael Burks, Tab Benoit, Albert Castiglia and Matt Schofield.

We bring you track #5 from INSPIRED, “Empty Promises.”