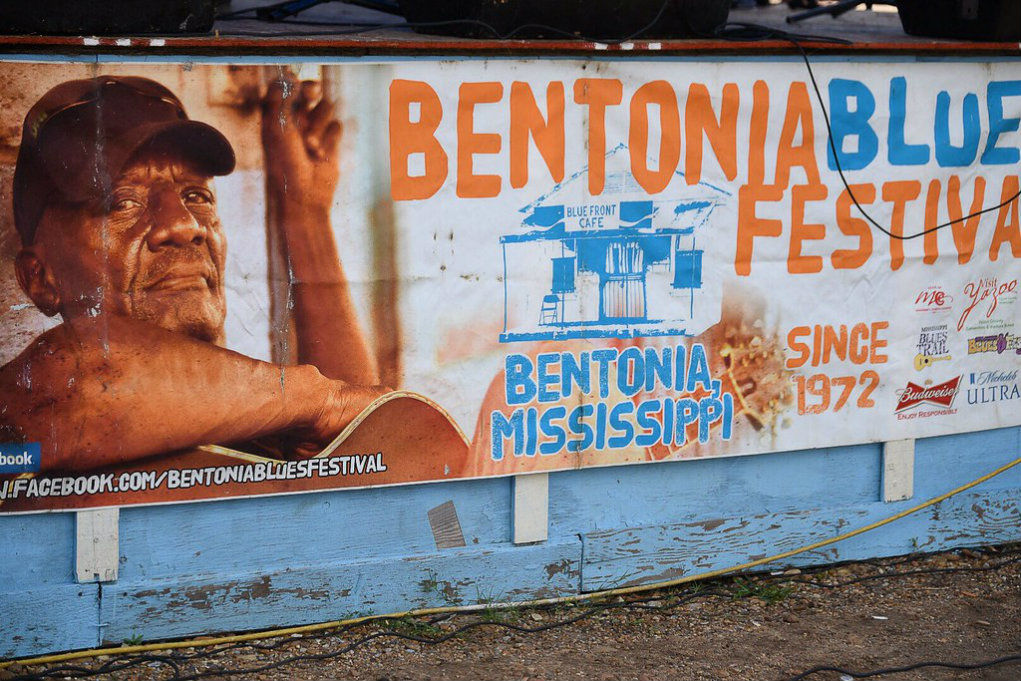 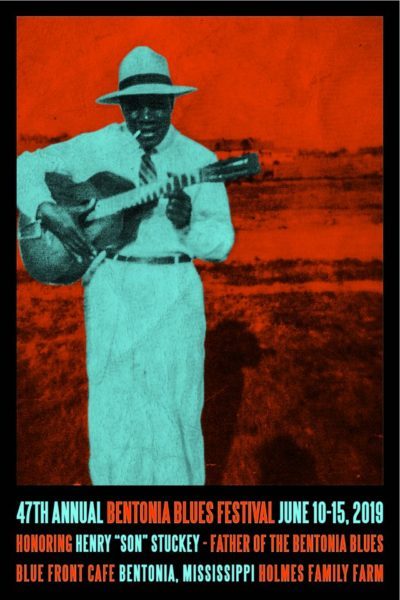 The festival celebrates one of the most unique forms of blues ever conceived, the haunting Bentonia Blues. The father of the Bentonia Blues, Henry “Son” Stuckey, taught Skip James, Jack Owens, Jimmy “Duck” Holmes and a dozen other blues musicians in Bentonia.

The festival itself began in 1972 on a farm, just up the road from the world-famous Blue Front Cafe, on land owned by the Holmes family. It was a tiny event with only one D.J. and Walter “Big Daddy” Hood (“500 lbs. of Blues”) performing a capella. The location of the festival was moved into downtown Bentonia, Mississippi in 2006. Since that time, the festival has grown from an attendance of a couple hundred to ten thousand in recent years, prompting the festival to be moved back to the original location on the Holmes farm. The festival has attracted blues performers and fans from far and wide.

“When I started this festival in 1972, it was to help preserve the Bentonia style of blues, which is unique to this area. I knew then that it would be a great event, but I never knew it would be as big as it is now,” says Holmes, owner of the Blue Front Cafe and creator of the Bentonia Blues Festival. “The fact that so many people have become aware of this music and want to celebrate it every year with us here in Bentonia really warms my heart. Every year we have people here from a different country or state that’s never been before. The Bentonia blues is still alive, and it’s right here.”

The Bentonia Blues Festival is a unique down-home style festival that runs on juke joint time. Times and order of performances are bound to change a bit. Relax and have a great time as we help to keep the Bentonia blues alive!

Here’s the rundown of artists scheduled to appear this week.

For more information, visit the festival’s event page on Facebook.