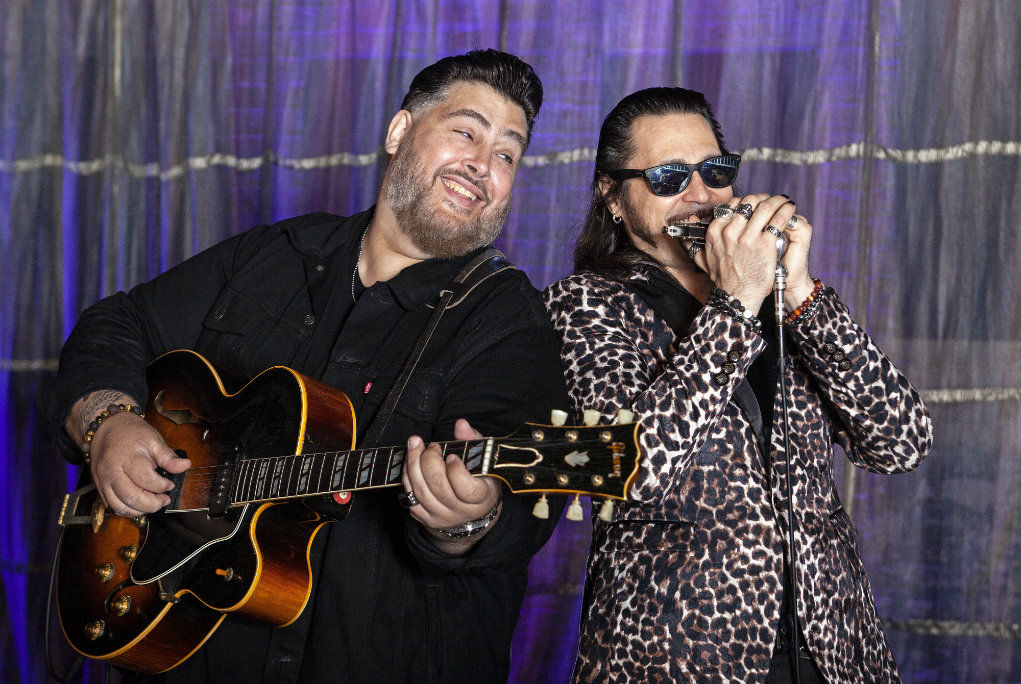 The easiest way to think about Lucky Guy! by The Nick Moss Band Featuring Dennis Gruenling is that complicated band name aside, it’s essentially a duet album between singer/guitarist Moss and harmonica player (and occasional lead singer) Gruenling. The two go head-to-head like a musical game of Mortal Kombat and the results are a fun, old-school blues album. 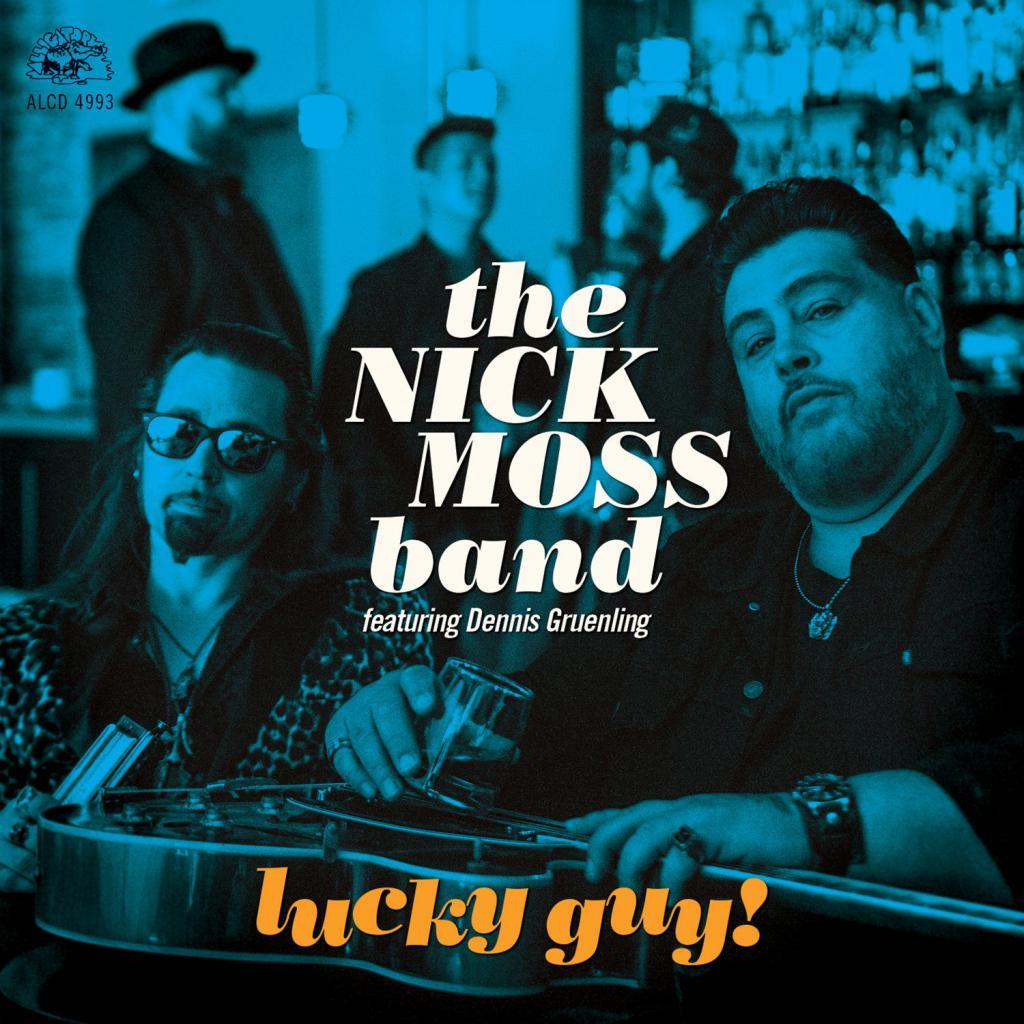 Moss, who wrote most of the album’s songs, is a real blues lover. The songs are a survey course in the form. You have uptown, country, and even rockabilly. He thoroughly covers lots of different kinds of blues ground, even adjusting his vocals to match the song. It’s not that he’s a chameleon, because Moss always sounds like himself. Rather, he’s a student of the genre, and probably learned from copying the masters.

Gruenling’s role on the album, as it was on the group’s debut, The High Cost of Low Living, is to run wild through the songs, almost like a second vocalist, using his harmonica, and an impressive variety of harmonica-generated colors and textures, to provide melody and counter-melody. The thing about Gruenling’s playing is that while Moss wrote most of the songs, Gurenling’s harmonica lines are songs within the songs. If all of the vocals, guitar, bass, drums, and piano were suddenly removed from the tracks, Gruenling’s vocal-like harmonica work could almost stand on its own.

But luckily for us, it doesn’t have to. Moss and Gruenling are backed by a tight band that shares their appreciation for the subtleties of the blues. Take “Sanctified, Holy and Hateful,” a slow, dark blues that Screamin’ Jay Hawkins would have loved. Gruenling’s harmonica is deep, sounding almost like a saxophone, but it’s Taylor Streiff’s piano that’s the star of the song, trundling all along and through the song, like a toddler dosed with espresso. That is until Moss’s guitar solo comes in, like a light shining into the darkness. Moss’s solos, in general, are emotional with lots of expressive bends. And here is no different, with Moss delivering a passionate solo that even manages to quote the decidedly un-bluesy Frédéric Chopin tune, “Piano Sonata No 2 in B flat minor,” also known as the “Funeral March.”

Part of what makes this album so much fun is while it’s deliciously bluesy, there are plenty of moments, like the Chopin sample, that aren’t straight-up blues. Surprisingly, another of those
moments is one of Gruenling’s two song contributions. “Movin’ On My Way,” which Gruenling also sings, is pure rockabilly. If it had a huge horn section behind it, you could easily mistake it for a Brian Setzer tune. But of course, because it’s Gruenling, there’s a harmonica barely hiding in the song, that sounds almost like an accordion, giving the fast-paced track a very cool zydeco feel.

It’s tempting to call this album timeless, but despite how profoundly the band has been influenced by classic blues, there are lots of contemporary tells scattered around the album,
including an exciting, but not era-appropriate, mandolin solo, courtesy of co-producer Kid Andersen, on “Simple Minded.” The album looks longingly and respectfully at the past while existing in the present. It’s a thin line Moss and Gruenling walk quite well.