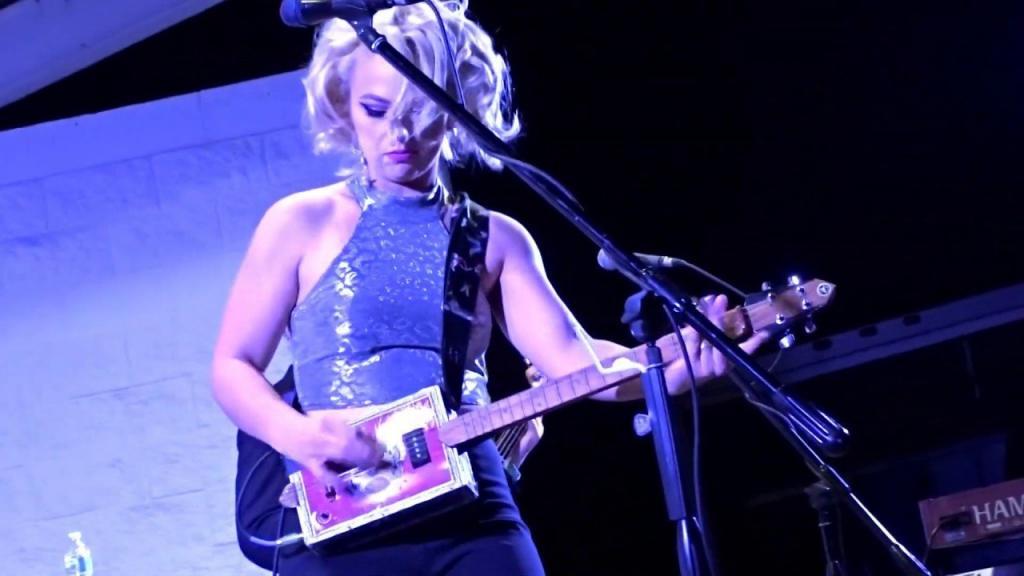 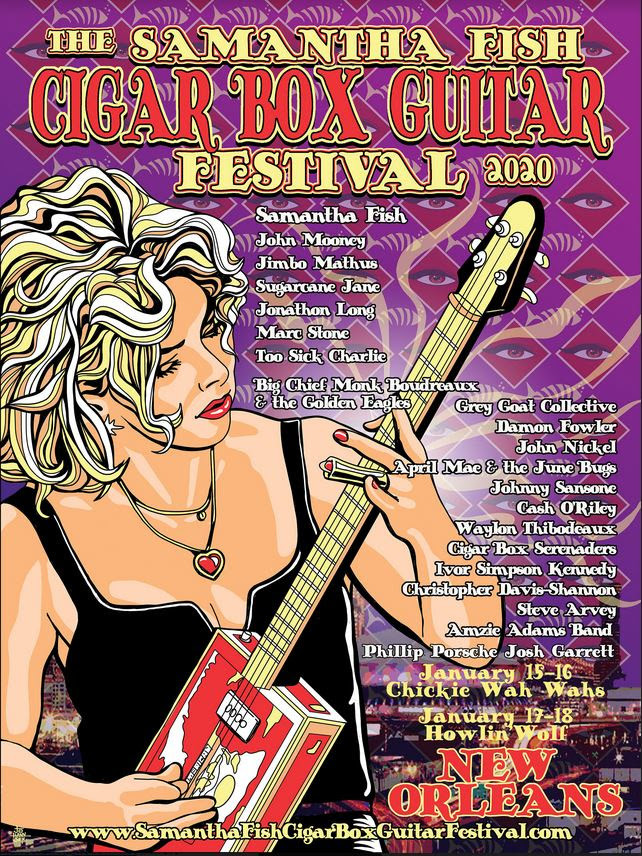 The New Orleans Cigar Box Guitar Festival, founded in 2016, has gained a reputation for outstanding entertainment during its first four years in existence. For 2020, Samantha Fish and the NOCBGF have partnered to expand the growth and outreach of the festival and the Cigar Box guitar.

“I have included the Cigar Box guitar on a song or two on most of my albums (including my last single ‘Bullet Proof’,” says Fish. “The instrument may look limited but there are so many sounds and styles that we haven’t discovered yet. I am looking forward to making this one of the biggest events honoring the instrument as well as other acoustic instruments that can rock.”

“The partnership of Samantha Fish and the New Orleans Cigar Box Guitar Festival is a marriage made in roots music heaven,” says Festival Producer, Collins Kirby. “She’s a contemporary artist who’s fully in touch with the traditions that inform today’s music. We’re delighted to work with her spreading the word about the art and music of handmade instruments.”

The focus of the event is to celebrate the great music and rich cultural history of the Cigar Box guitar and similar homemade instruments. Historically, Western pioneers, Civil War soldiers, rural farmhands, street singers and other resourceful musicians found ways to build these expressive devices from household items and random hardware. Many musicians throughout the world are currently using them to record and perform live, making the unique instruments and their sound a staple of today’s Americana music scene.

In addition, the Festival will host special sets which will include the legendary John Mooney, New Orleans icon Big Chief Monk Boudreaux and the Golden Eagles, Jonathon Long, Waylon Thibodeaux, Johnny Sansone, Damon Fowler, Jimbo Mathus (Squirrel Nut Zippers), and more. On Friday and Saturday, Samantha Fish and guests will be performing, closing both nights at The Howlin’ Wolf with a special concert.

A portion of the proceeds will benefit the New Orleans Blues Society.  Details and ticket opportunities are available here.