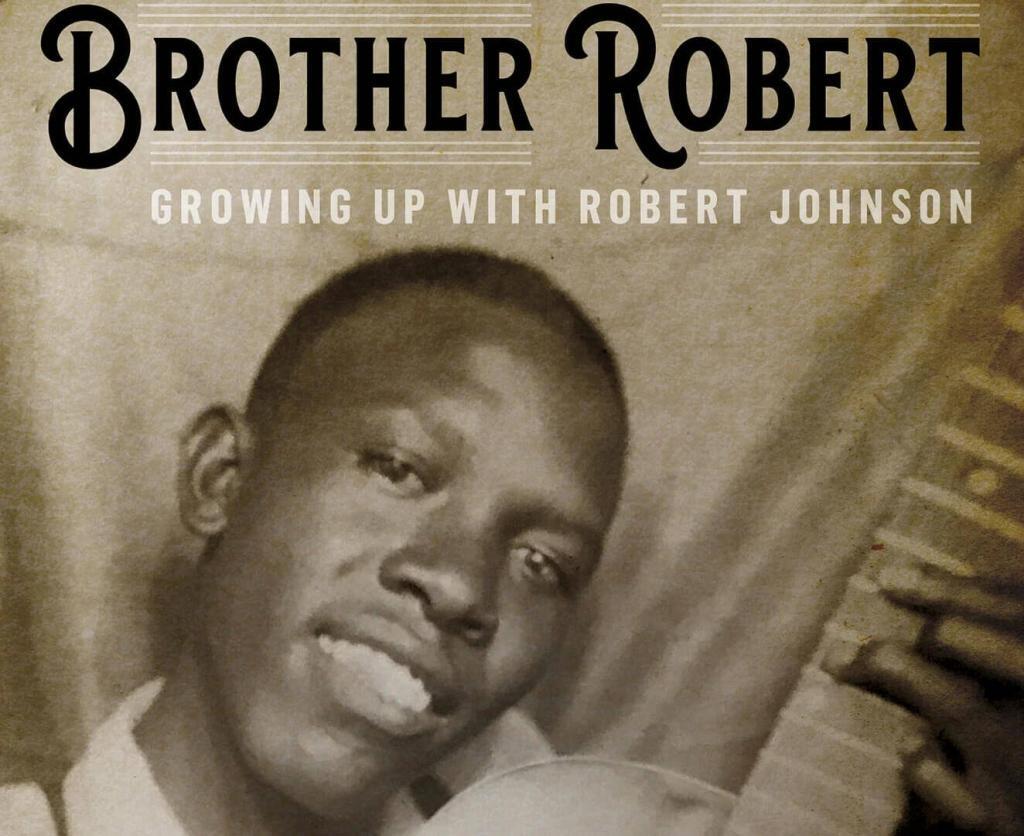 Though only twenty-seven years young and relatively unknown at the time of his tragic death in 1938, Robert Johnson’s enduring recordings have solidified his status as a progenitor of the Delta Blues style. And yet, while his music has retained the steadfast devotion of modern listeners, much remains unknown about the man who penned and played these timeless tunes. Few people alive today actually remember what Johnson was really like, and those who do have largely upheld their silence — until now.

Written by Johnson’s stepsister Annye C. Anderson with Preston Lauterbach, the book also contains a Forward by Elijah Wald who wrote Escaping the Delta: Robert Johnson and the Invention of the Blues, and several other titles.

In Brother Robert Growing Up with Robert Johnson, nonagenarian Mrs. Anderson (as she prefers to be called) sheds new light on a real-life figure largely obscured by his own legend: her kind and incredibly talented stepbrother, Robert Johnson. This book chronicles Johnson’s unconventional path to stardom — from the harrowing story behind his illegitimate birth, to his first strum of the guitar on Anderson’s father’s knee, to the genre-defining recordings that would one day secure his legacy.

Along the way, Anderson not only shares personal anecdotes, but also colorful recollections of Johnson passed down by members of their family — the people who knew him best. She also outlines the contours of Johnson’s working life in Memphis, never-before-disclosed details about his romantic history, and all of his favorite things, from foods and entertainers to brands of tobacco and pomade. Together, these stories don’t just bring the mythologized Johnson back down to earth; they preserve both his memory and his integrity.

For decades, Anderson and her family have ignored the tall tales of Johnson “selling his soul to the devil” and the speculative to fictionalized accounts of his life that passed for biography. Brother Robert is here to set the record straight. Featuring a foreword by Elijah Wald and a Q&A with Anderson, Lauterbach, Wald, and Peter Guralnick, this book paints a vivid portrait of an elusive figure who forever changed the musical landscape as we know it.

In a new twist, Vanity Fair  ran an Exclusive First Look at a never before published THIRD photo of Johnson, set to be the cover image. The article also contained Anderson’s remembrance of when the photo was taken.

There was a make-your-own-photo place on Beale Street, near Hernando Street. I’ve since learned that a man named John Henry Evans owned it. The photo place was right next door to Pee Wee’s, the bar where Mr. Handy wrote his blues. One day when I was 10 or 11 years old, I walked there with Sister Carrie and Brother Robert. I remember him carrying his guitar and strumming as we went. You just walk in, drop a nickel in the slot, pull the curtain, and do it. There was no photographer. I had my picture made. Brother Robert got in the booth, and evidently made a couple.

It shows Brother Robert the way I remember him—open, kind, and generous.He doesn’t look like the man of all the legends, the man described as a drunkard and a fighter by people who didn’t really know him. This is my Brother Robert.

I kept Brother Robert’s photograph in my father’s trunk that sat in the hallway of the Comas house while we lived there with my mother after my father died. After my mother died, we could only take so many things. I took my photographs with me, wrapped in a handkerchief. I only carried a few belongings to Ma and Pops Thompson’s house. When I moved in with my sister Charlyne, I bought some furniture. I stored the photograph, along with others, in a cedar chest I bought. I’ve always had this photograph.

Published by Hachette Books, Brother Robert Growing Up with Robert Johnson goes on sale June 9th wherever books are sold.