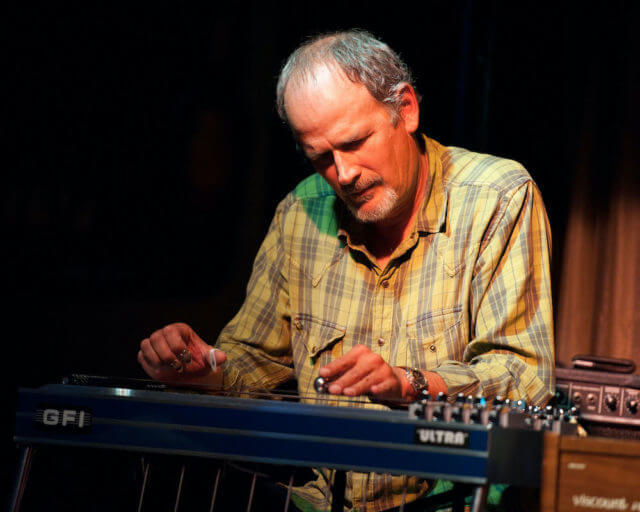 The pedal-steel guitarist who played with the likes of Bob Dylan and Steve Earle, Bucky Baxter, has died at the age of 65. A cause of death has not yet been given.

Baxter was born in Melbourne, Florida and based in New Jersey. He was known for his gifted pedal-steel work and as a Bob Dylan touring regular. As a founding member of The Dukes, Steve Earle’s band, he played on Earle’s debut Guitar Town, Exit 0 and Copperhead Road.

During a tour with Earle, he met Dylan, who asked Bucky to give him steel guitar lessons. But he ended up hiring Baxter instead to be his touring pedal-steel player for the 1992 Never Ending Tour. He then went on to performed on Dylan’s Unplugged in the ’90s and also the Grammy-winning Time Out of Mind. The multi-instrumentalist has also been featured on R.E.M.’s Green, Beastie Boys’ Mike D.’s Country Mike’s Greatest Hits, Ryan Adams’ Gold and Demolition, and more.

His death was confirmed by his son, alt-country singer-songwriter Rayland Baxter.