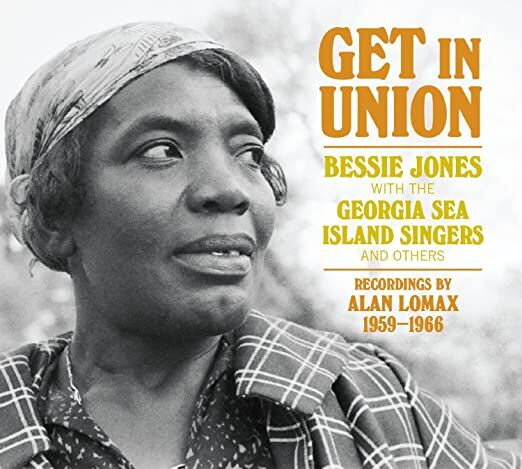 The Alan Lomax Archives/Association For Cultural Equity is excited to announce the exclusive Bandcamp release GET IN UNION featuring Bessie Jones. This collection will be issued as a paid download and streaming June 1. 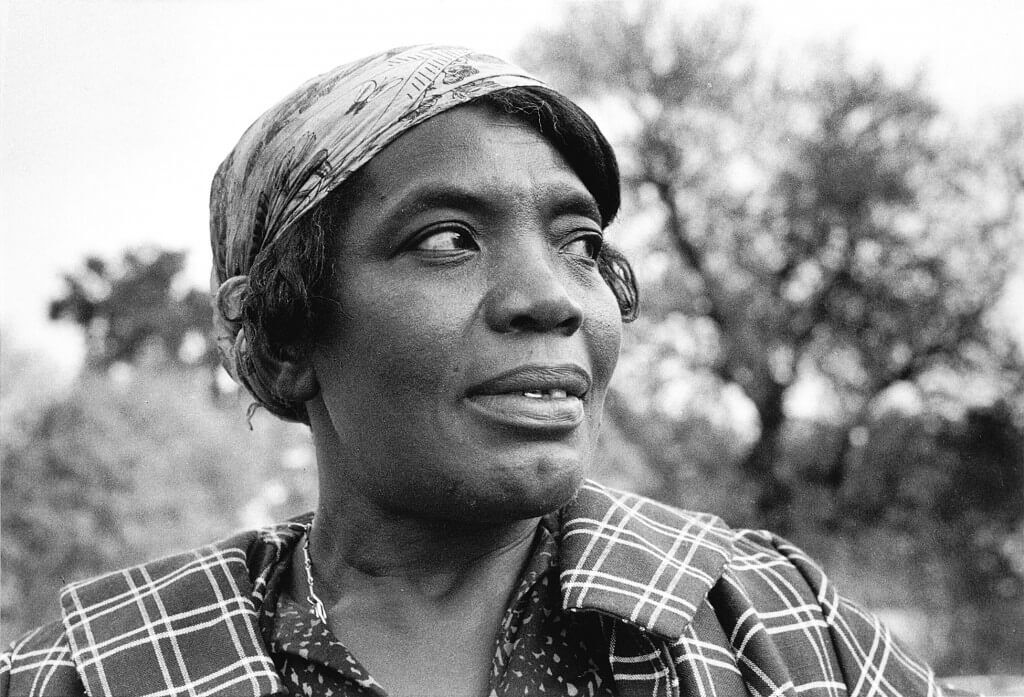 Bessie Jones was one of the most popular performers on the 1960s and ’70s folk circuit, appearing usually at the helm of the Georgia Sea Island Singers at colleges, festivals, the Poor People’s March on Washington, and Jimmy Carter’s inauguration. GET IN UNION is a collection of classic recordings with the Singers, combined with previously unavailable solo and small-group performances captured by Alan Lomax between 1959 and 1966. This digital-only release by the Alan Lomax Archive is an expanded version of the two-CD set issued by Tompkins Square in 2013, featuring nine previously unreleased tracks.

Alan Lomax first visited the Georgia Sea Island of St. Simons in June of 1935 with folklorist Mary Elizabeth Barnicle and author Zora Neale Hurston. There they met the remarkable Spiritual Singers Society of Coastal Georgia, as the group was then called, and recorded several hours of their songs and dances for the Library of Congress. Returning 25 years later, Lomax found that the Singers were still active, and had been enriched by the addition of Bessie Jones, a South Georgia native with a massive collection of songs going back to the slavery era.

Over the next several years, Lomax and Jones worked together to present, promote, and teach Southern black folk song across the country, from nightclubs to elementary schools. GET IN UNION consists of remastered audio from 24-bit digital transfers of Lomax’s original tapes and notes by the Alan Lomax Archive’s Nathan Salsburg and Anna Lomax Wood, who accompanied her father on his 1960 recordings of Bessie Jones and the Georgia Sea Island Singers.