Rearview Mirror: How the Byrds Broke the Beatles’ Hold on the American Charts 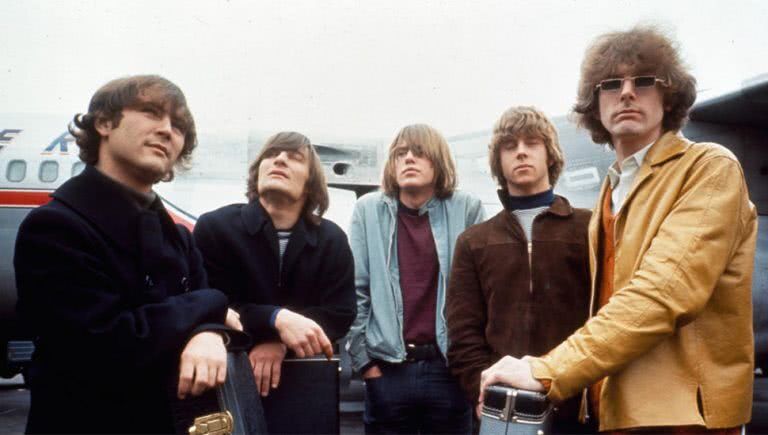 “I was always in the commercial side of folk music,” Roger McGuinn of The Byrds told me in 1994. He had sung backup for the Limelighters and the Chad Mitchell Trio, two of the slickest folk acts this side of Peter, Paul and Mary. “I really didn’t suffer from that ethnic syndrome (that said) if it wasn’t somebody from the hills, it wasn’t real. So, when I heard the Beatles, I had to get an electric guitar. That’s when the Byrds got together. We got a number one with Bob Dylan’s ‘Mr. Tambourine Man.’ ” 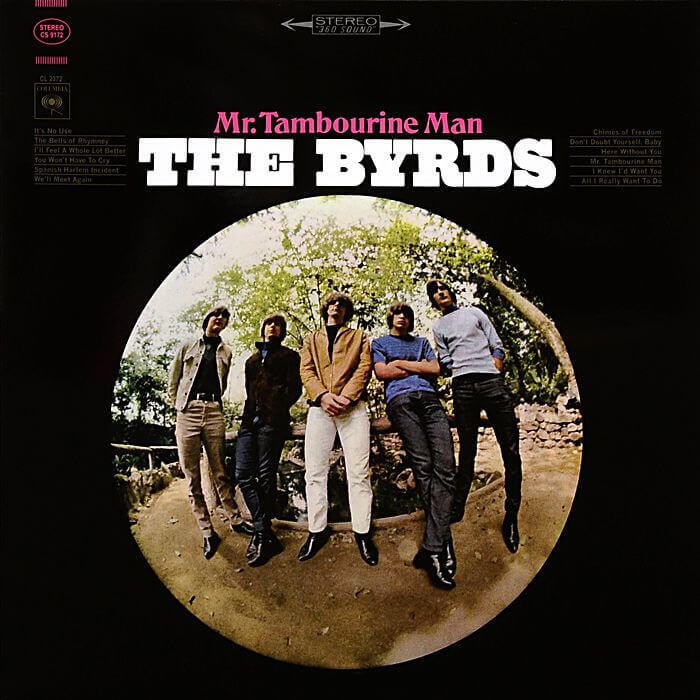 “When we first heard ‘Mr. Tambourine Man’ it was a long folk song, and it had four or five verses. It was much too long for radio. Radio wanted songs about two minutes and 30 seconds at that time. So, we had to modify it because we definitely wanted a commercial hit. We had a record deal for one single, and if we didn’t have a hit with that one single, we didn’t get to record anymore.

“So, I got my guitar out and the first thing I did was change the time signature to a Beatles-like 4/4 time, put that sort of Beatles beat to it. Then, I put a little Bach-like introduction to it with a 12-string guitar and gave it a little ring, that jingle-jangle sound.”

The single and the album of the same name was the first American act to break the Beatles dominance on the charts. It also made plugging in kosher for folk musicians.

“We cut it to one verse. We picked the verse about boot heels walking because it was kind of Kerouac-ish. Also, The Beatles wore boots. So, we thought the imagery was really good for that, and then (David) Crosby supplied some wonderful harmonies, and we got it out. I think it was two minutes and 20 seconds, something like that. It was perfect for radio.”

My interview with McGuinn was to advance his Saratoga Music Hall concert in 1994. He was also in a songwriters’ symposium with Pete Seeger. The Byrds recorded Seeger’s “Turn, Turn, Turn,” “The Bells of Rhymney,” and other songs, but he hadn’t seen the folk legend since going backstage at a Seeger concert when he was 16.

At the time I was a deejay on WXLE and got to interview him on a Saturday afternoon. I picked him and his wife up their hotel and brought them to the station. He performed “Mr. Tambourine Man” along with me in the studio.

It’s one thing to interview a legacy artist over the phone. It’s another to sit knee to knee with him and watch his fingers sail across the fret board. When I took him and his wife back to the motel, we went by Saratoga Performing Arts Center. He asked me about the facility and I told him The Eagles were scheduled to perform there that summer and they were charging $100 a ticket. “We should look into that,” he said.

*Feature image of The Byrds 1965 courtesy of Sony Music Entertainment