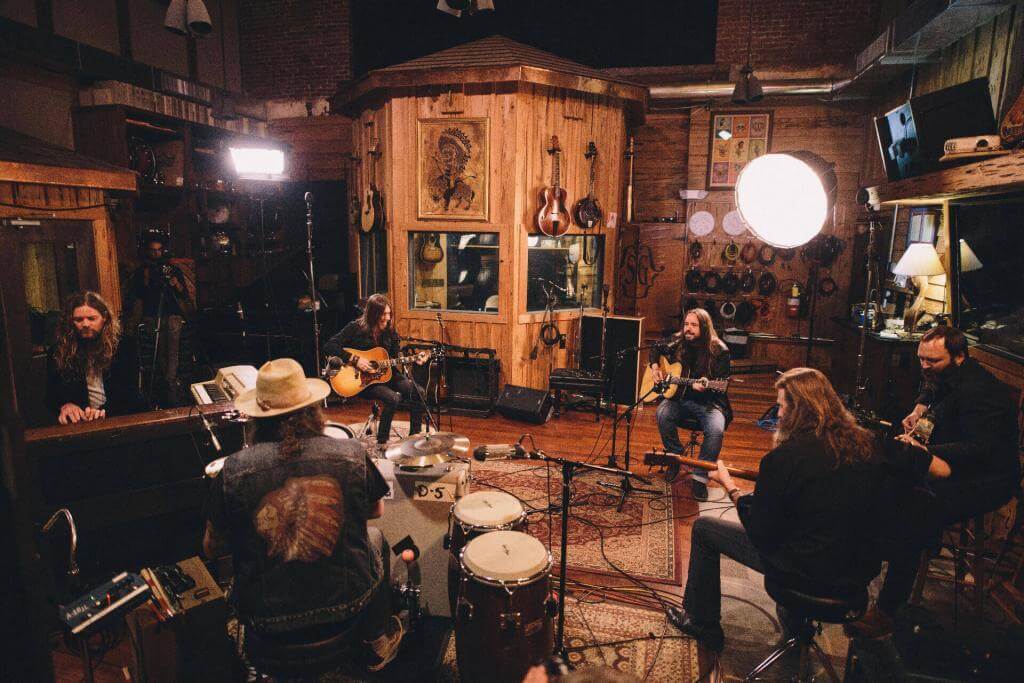 The music known as Southern Rock was one of the most prevalent genres of the 1970s. Birthed from Country, Blues, and Rock n Roll, Most focused on hard-driving guitar rhythms, boogie-woogie, and blue collar lyrics. Others were a bit more jazzy, or tad more country. Bands that fell into the category of Southern Rock we know as the Allman Brothers, Lynyrd Skynyrd, Marshall Tucker Band, Atlanta Rhythm Section, Wet Willie, Charlie Daniels Band, and today would include Blackberry Smoke. 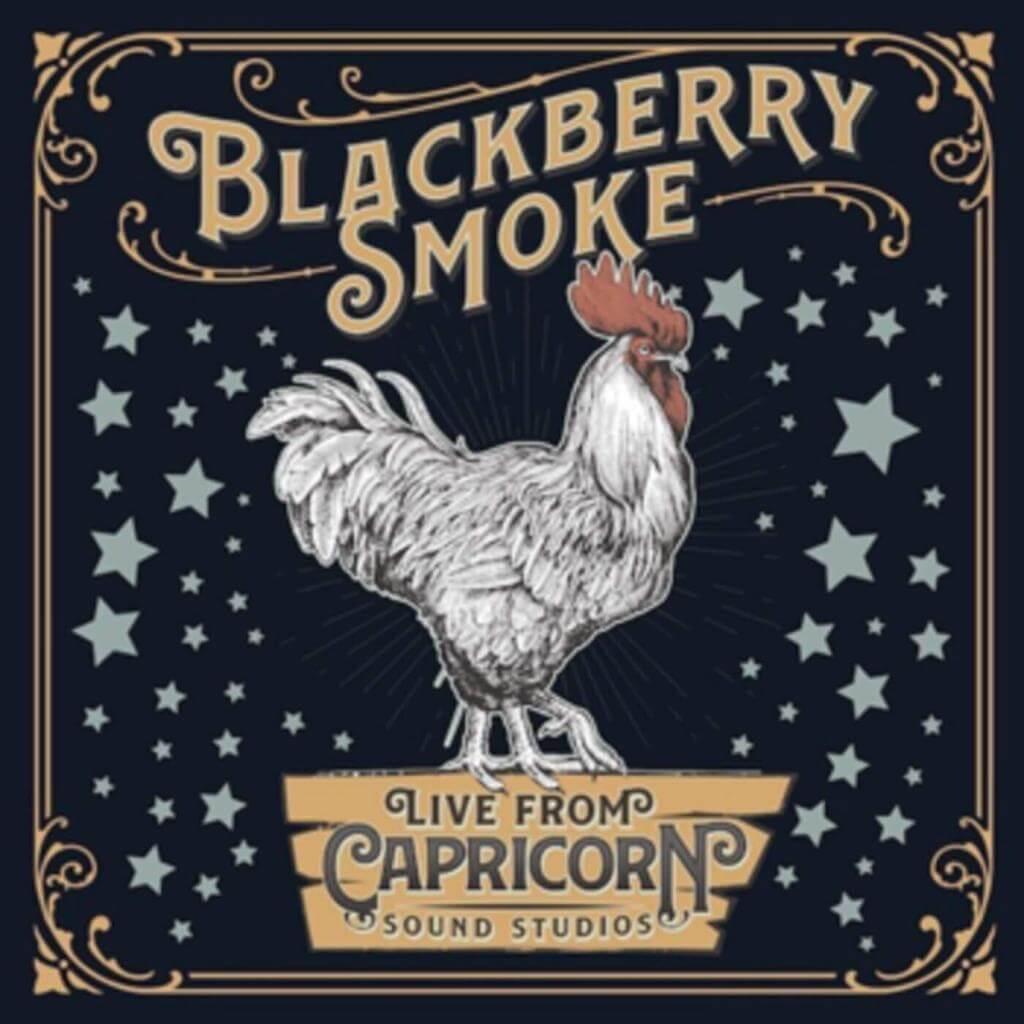 Several of the aforementioned groups had something else in common. Macon, Georgia’s Capricorn Sound Studios. Founded by Phil Walden and Jerry Wexler, it came to be one of the premiere recording venues in the South. Capricorn Records put out several albums in their heyday, but eventually succumbed to bankruptcy in the early 80s and the studios closed their doors. In 2010, the Georgia Trust for Historic Preservation listed the Capricorn Studio among its annual “Places in Peril.” Leading up to this announcement, the Capricorn Sound Studios sat vacant during the decades after the label declared bankruptcy. Then in 2015 a multi-million dollar renovation project began and on December 3, 2019, on the 50th anniversary of the original studio opening, the original studio space reopened.

Why go into all this detail about a recording studio? Because Blackberry Smoke, 21st century torch bearers of the genre known as Southern Rock are releasing a 6-song EP on Friday, June 19th, entitled Live From Capricorn Sound Studios.

This is no ordinary EP. Blackberry Smoke, highly successful in their own right, have released six studio albums, two live albums, and four other EPs in their relatively short career. Four of the their LPs have hit the Top 10 on the Billboard Country Charts, Three of those in the Top 10 of the US Rock charts, and three at number 1 on the UK rock charts.

My first exposure to this Atlanta band came with their song, “Up in Smoke” from the Little Piece of Dixie album. I was hooked. Their look, their talent, their pure-d, 100% badassedness took me back to my high school days, with keg parties in the desert, first loves and great music. In this nod to their musical forefathers, Blackberry Smoke covers six new versions of songs that have special ties to the historic studio.

The Allman Brothers “Midnight Rider” starts it off, with a spot on delivery. The track has a special connection to Capricorn Sound Studios as Gregg Allman broke into the studio to record the song’s original demo. To add to the Allman connection, lead singer Charlie Starr plays Duane Allman’s iconic Goldtop Les Paul guitar in the band’s new version. Guitarist/vocalist Paul Jackson, bassist/vocalist Richard Turner, drummer Brit Turner and keyboardist Brandon Still bring their “A” game. What a way to kick things off.

Next up is “Take the Highway,” one of the all-time great songs from the Marshall Tucker Band. Another nice touch here as they bring in multi-instrumentalist Marcus James Henderson of the current MTB who replaced Jerry Eubanks from the original recording.

There are lots of special touches like this on the EP. Wet Willie’s “Keep On Smiling,” gets the Blackberry treatment, but with GRAMMY nominated Wet Willie front man Jimmy Hall providing vocals and harmonica. Hall breaks into southern preacher mode as the song stretches out, and then sticks around for the vocals on “Grits Ain’t Groceries,” the Wet Willie cover of Little Milton’s classic.

The Allman’s “Revival” gets stretched out to over four minutes with Starr and Jackson conjuring the very essence of Duane and Dickey with their guitar harmonies. The added time comes from when the song literally becomes a revival thanks to the intense, high-energy backing vocals of Atlanta’s The Black Bettys. Predominately known for their work with soul/R&B artists such as Keith Sweat, CeCe Peniston, and T-Pain, they brilliantly stretch their vocal wings in a new direction.

The final track is “Southern Child.” Written by Little Richard, it’s the most country flavored track on the EP. Three minutes longer than the original, The Black Bettys once again provide stellar backing vocals, and Jimmy Hall pulling out his harp. These are southern children, singing southern songs in a southern studio, and it can’t get much cooler than that…or can it?

Blackberry Smoke, long known for their charitable contributions, are donating a portion of all proceeds from Live From Capricorn Sound Studios to the Recording Academy’s MusiCares COVID-19 Relief Fund. In conjunction with this new project, the band will embark on their extensive “Spirit of the South Tour: A Celebration of Southern Rock and Roll Music” later this year, which will feature special guests The Allman Betts Band, The Wild Feathers and founding member of The Allman Brothers Band, Jaimoe. Created in celebration of the various roots and influences within Southern music, every show will conclude with a unique collaborative finale, which will feature the entire cast and additional surprise guests showcasing the inspirations of Rock, Blues, Gospel and Soul music.

Oh, and did I mention that Blackberry Smoke is also bringing along a mobile version of the Allman Brothers Band Museum At The Big House on the road?

Live From Capricorn Sound Studios marks the first time a major band has done a professional recording at the studio in over 40 years. Blackberry Smoke has done Georgia proud, done the south proud, and done all us southern rock fans proud. Can I get a HELL YEAH!?