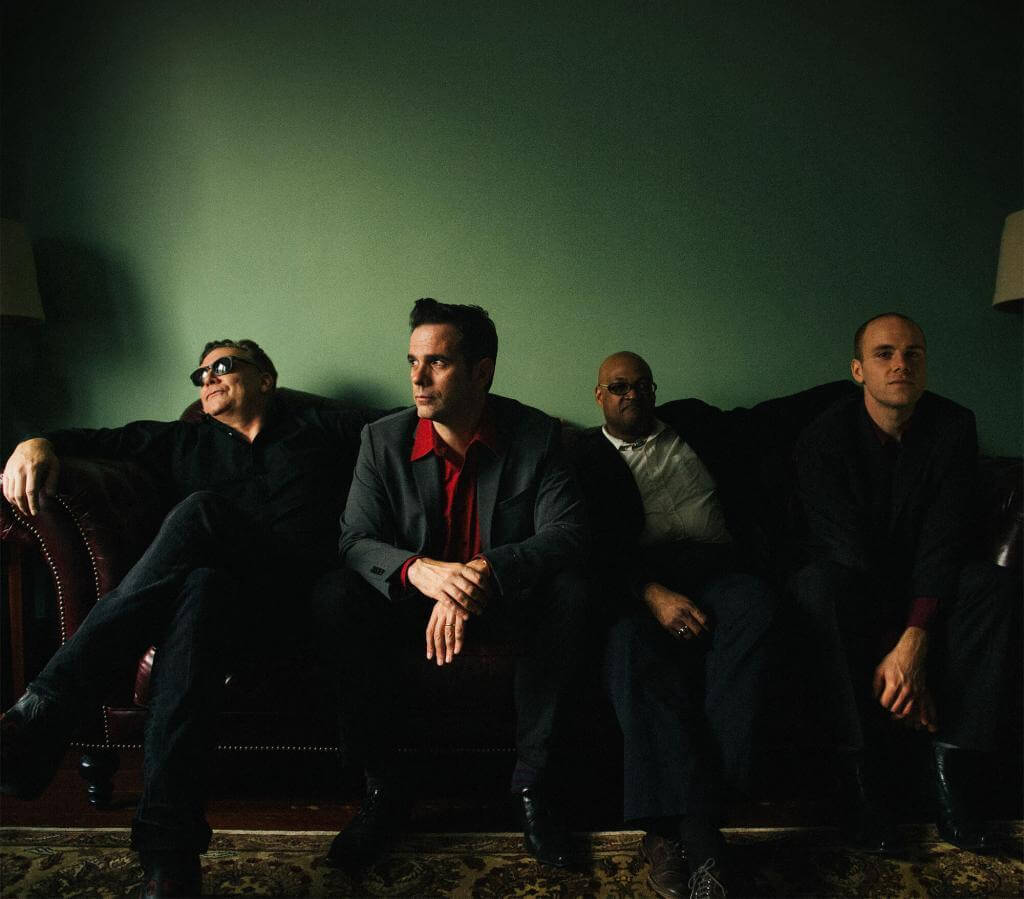 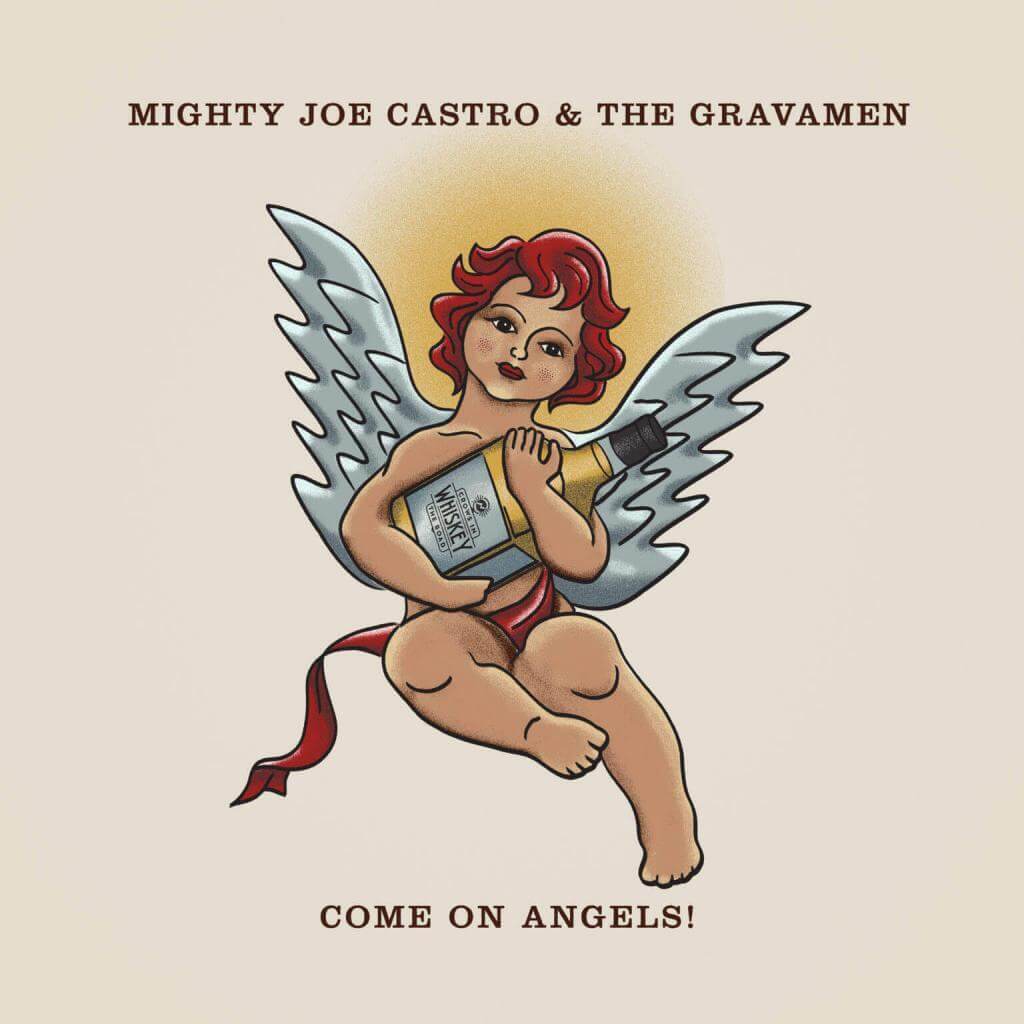 Influenced by 50’s Rock and Roll, Mighty Joe Castro (The Situation, The Lift Up) takes a modern lyrical approach to songwriting while The Gravamen add a healthy dose of post-modern guitar effects, booming percussion and driving bass to the ten original songs that make up the album. Consider them a house that resides at the crossroads where Sun Records and Creation Records meet.

The video for Come On Angels! first single, “There Are No Secrets Here,” was shot during quarantine using an iPhone and three flashlights on microphone stands, the black and white video features Castro singing between scenes from public domain footage of 1957’s Dementia / Daughter of Horror and 1962’s Carnival of Souls.

The majority of the songs on Come on Angels! were written by Castro who, after years playing guitar in semi-successful alt rock bands and fed up with the business side of the industry and decided to give up music for good to focus on his visual art career.  That is, until his wife bought him an acoustic guitar in 2010 to play for their newborn daughter and unattached to a band, Castro started writing songs.

I had no experience with singing and playing guitar at the same time, so I began teaching myself old rock-n-roll songs — Buddy Holly, Ritchie Valens, Bob Dylan, Dion, The Ramones, etc. — because the chords are so simple. I fell back in love with playing music again, and, when I realized I could sing, that opened up a whole new world for me.
My taste in music started changing and I got really into songwriters like Leonard Cohen, Tom Waits, Nick Cave. I started to believe I could front my own band.

Growing up, Castro’s parents played the classics – Elvis, Johnny Cash, Buddy Holly, Chuck Berry and old doo-wop records – and one of his earliest memories is of his mother breaking down and crying when she heard the news of Elvis’ death.  These rock gods were heroes in the Castro home.

As a teenager in the 80’s, Castro was fascinated with movies depicting music from the 50’s, La Bamba, Great Balls of Fire, The Buddy Holly Story and The Outsiders cemented his passion for the period and the mythology surrounding the origins of rock and roll.

I love that whole mid-century aesthetic – the dress style, the sense of design, the beauty of old cars and appliances. I was obsessed with vintage diners and old movies. A lot of that carried over to my visual collage art as well.

I wanted a band that, if needed, could play a whole show acoustic, without electricity, and still have that raw energy and excitement.

After a few false starts, Castro was contacted by upright bassist, HOOV3R and the two quickly booked a rehearsal space. After that first practice, they knew that they had something special.  HOOV3R enlisted drummer Dallas (his band mate in Philadelphia punk rock stalwarts Thorazine) and later found hotshot lead guitarist Michael Stingle floating around Mount Airy.

The album opens with “There Are No Secrets Here” and segues into the title track, “Come on Angles!” which has the feel of a Eddie Cochran or Buddy Holly acoustic rocker with the instantly memorable chorus, “come on angels, pour the whiskey, come on angel, sing it with me tonight…” “They reinterpret Ted Hawkin’s classic “Cold and Bitter Tears” soul tune into the guitar style of early Johnny Cash and “Whispering Hell (The Finish Line),” would be at home in any dance hall. “For Every Setting Sun” is a lamenting waltz followed by “June (90 Degrees),” a dark rocker about a love gone wrong and “Why Not Just Give In This Time” claims, “I never wanted you to pack up and move on…why not just give in this time?” The album winds down with “Better Hold Tight” featuring Ritchie Valens-esque guitar lines and the dark rumble of “Angeline” before closing with country vibes of, “You’ve Got It All (So What Are You Looking For?)”

I think that, by the end of the 1990s, rock had been pushed to every limit possible. And when you get to the end of a road, sometimes you need to turn around and head back to the start to clear a new path. Take what we’ve learned, everything great that’s come after and go apply it to that original sound. That’s the ethos of the band. But for me, it was about falling in love with music again.  Back to the roots.