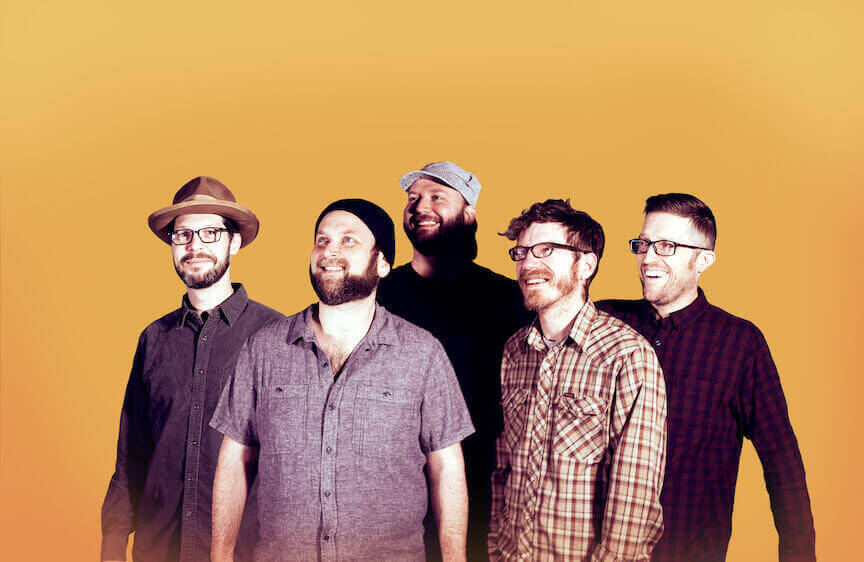 Minneapolis-based Psych-Bluegrass 5-piece Pert Near Sandstone, the band behind the long running Blue Ox Music Festival have announced Warren Haynes will perform as part of a weekend of live music streamed from Whispering Pines Campground outside Eau Claire, WI on June 12 & 13. The fest will coincide with the release of Pert Near Sandstone’s June 12 full-length release Rising Tide. The video for “Kings and Clowns” is out now.

The weekend will include 2 nights of Pert Near Sandstone as they debut material from the new full length along with performances from: Charlie Parr, Lissie, and Them Coulee Boys, Sam Bush, Del McCoury, The Travelin’ McCourys, Lillie Mae, and Molly Tuttle performing sets from their hometowns. More artists and the full schedule will be announced in coming weeks. Artists will perform on the big stage with lights and PA live form the festival grounds along with sets from artists performing from their respective hometowns.

The festival stream can be viewed on Pert Near Sandstone’s Youtube and Facebook pages and will be streamed in partnership with our partners: 89.3 The Current, Bells Brewery, Blue Ox Music Festival, and Jamgrass TV. The stream is free but viewers who have the means will be encouraged to make contributions to a GoFundMe page with net proceeds benefiting Feed My People Food Bank of Wisconsin, Cleghorn Lions Club, National T.T.T. Society, and the Chippewa Valley Technical College Radiology Department.

Crossing old-time instrumentation with contemporary sensibilities, Pert Near Sandstone first emerged from Minneapolis in 2007 with their acclaimed debut, Up And Down The River. Over the course of five more studio albums and several live releases, they established themselves as standard-bearers for the versatility and vitality of the Midwestern roots music scene, performing onstage with the likes of Steve Martin and the Flaming Lips and earning dates along the way with everyone from Trampled By Turtles and Del McCoury to Yonder Mountain String Band and Sam Bush.