Bobby BlackHat Asks “America, How Great Do You Feel Today” 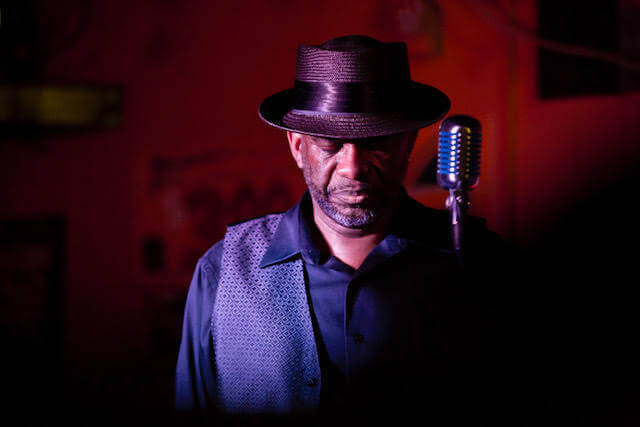 As the furor around the murder of George Floyd inflamed and infuriated the country, coastal Virginia bluesman Bobby “BlackHat” Walters knew he had to do something. As a retired U.S. Coast Guard Commander whose service included working as Military Aide to President Clinton, and being awarded the Coast Guard Medal for Heroism, he was affected by the events on a multitude of levels.

“I knew I wanted to convey the frustration and the overwhelming rage I was feeling… that we’re all feeling,” he comments, “but I wasn’t sure exactly where to go. I was very hesitant because I didn’t want it to to be inflammatory; I had a lot of anger within me and I had to temper that. A friend of mine, Evelyn Thomas, sent me a poem addressing the situation, and asked me if I could do anything with it.

I couldn’t really relate to it because it was coming from a perspective of a white woman, but I loved the title: America, How Great Do You Feel Today. I told her that, and to give me 24 hrs to think about it. That night I sat down and it just started to flow. Then I heard a Michelle Obama quote that was ‘I’m exhausted from heartache that never ends,’ and I realized, that’s it! Exhaustion. I’m exhausted from this happening over and over again. And that was it. Once I had the essence, I had the whole song real fast.”

The track opens with the wail of BlackHat’s harmonica that sets a mournful tone and hits like a gut punch.

“The harp is such a soulful instrument; it’s like a voice. If you can express it through the harp you can express it like you’re talkin’. This is all about pain, and I knew the harp would bring what I wanted. I wanted the harp to be like a call and response. I wanted it to be underneath but to also have a little more presence. I’ve written several songs in the past that have addressed several social issues, but I don’t think I’ve ever approached this level of passion.

“When you hear the break in my voice in the song, I’m not acting; that’s me breaking down. For real. And I hope it affects people as strongly as it’s affected me. Music is such a powerful medium, a few notes can bring back a memory, a smell, a touch, a sensation. Just a few notes. And every once in a while a bit of music will hit you in a way you don’t expect, and when that happens you’ve hit a nerve in the right way.”