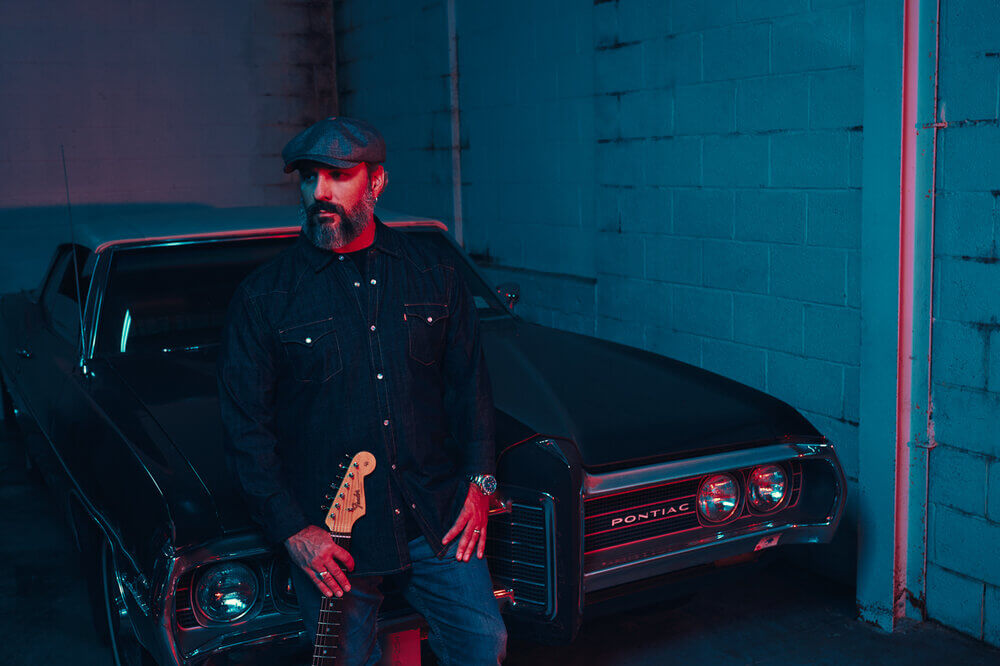 It’s so good to be back! I competed here in the International Blues Challenge in 2004 and have so many great memories, but the best part is making new ones on this trip. Before we get to the meat and three of the trip, let me just throw a quick plug for my friend John Gifford III who has been my very good company the entire time. Please check out his impressive All Music credits.

We had an appointment for noon at Goner Records, and let me tell you I was in the mood to dive right in. We found so much in this little store that I actually had to hold myself back a number of times. The best example of this was a VG+ copy of “Someday” by Smiley Lewis. I wasn’t ready to spend my communion money just yet. We left with some great records: King, Back Beat, Alston, Glades, Hi, Verve, Duke, Stax, and of course FAME! It’s a tremendous store, and in the top three of this trip so far. 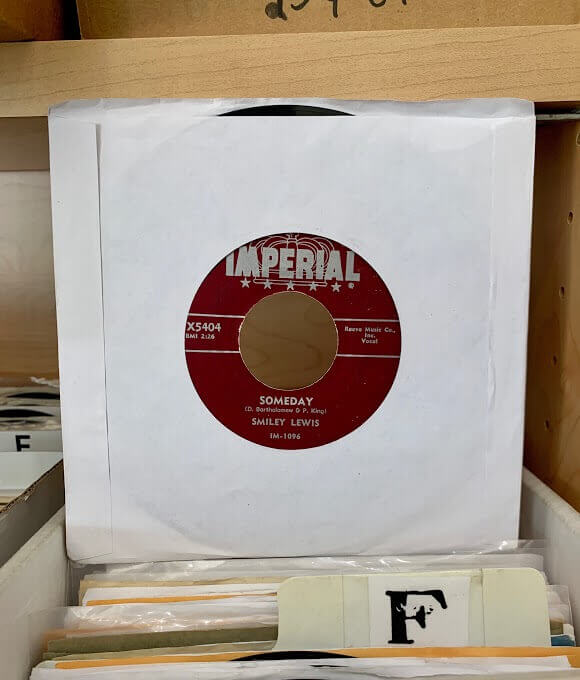 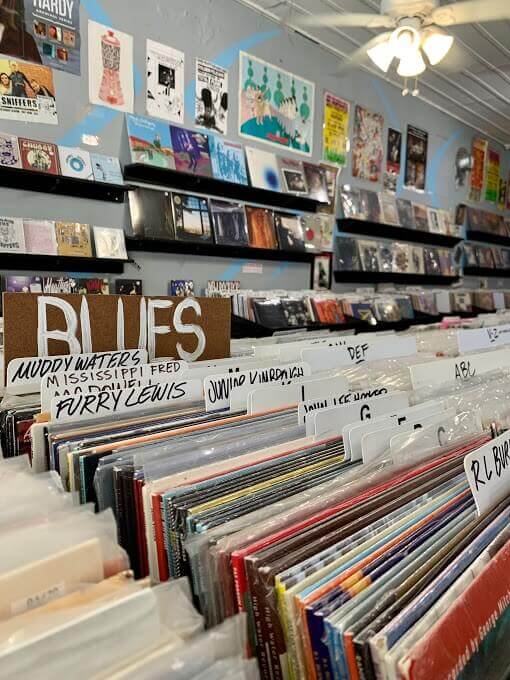 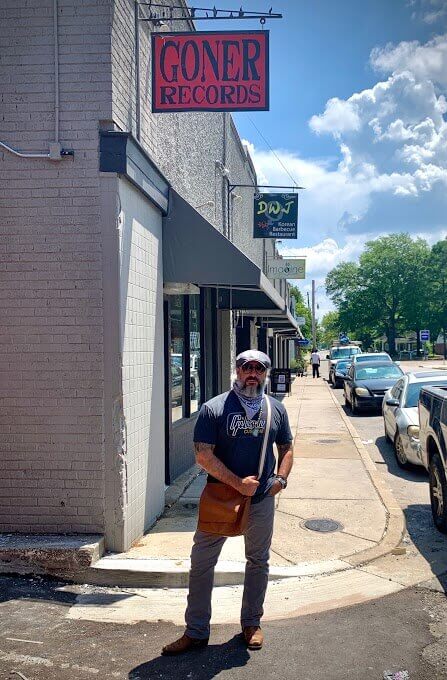 Afterwards, we took a short drive over to Central BBQ where all my Memphis BBQ dreams became true. I was elated! After an hour of record shopping you can work up a pretty good appetite. And when you’re in good company eating good food, and there’s good blues blasting in the restaurant, your next stop on the journey is heaven, my friend! With BBQ sauce and chunks of bark in my beard, I can wholeheartedly say, those were the best ribs I ever ate in my entire life. 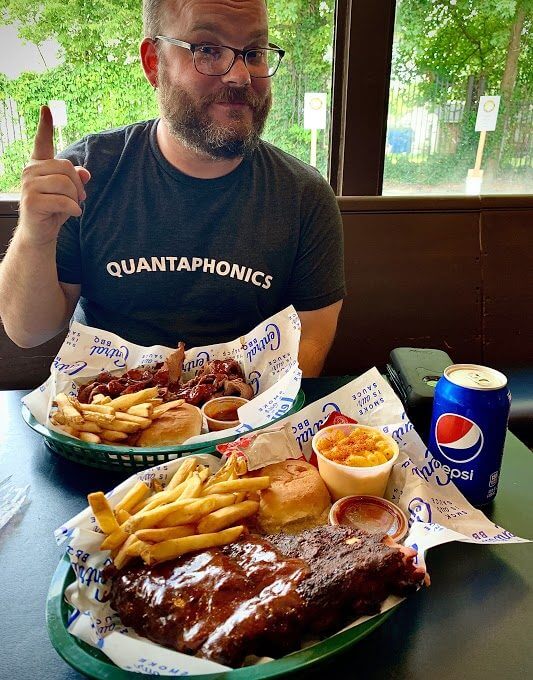 Next stop was the Stax Museum of American Soul Music. A moment that I’ll remember forever was telling John in the car on the way over there: “These are the same streets all those artists took on their way to work each day. Do you think they knew they were making history?” (Chill bumps.)

We pulled up in front to see the touching memorial to civil rights leader John Lewis on the marquee and then went inside to take the self-guided tour. Stax was absolutely essential to soul and blues music in the same way that FAME was in my personal opinion, both legendary in their own right. That segues into the next day perfectly. 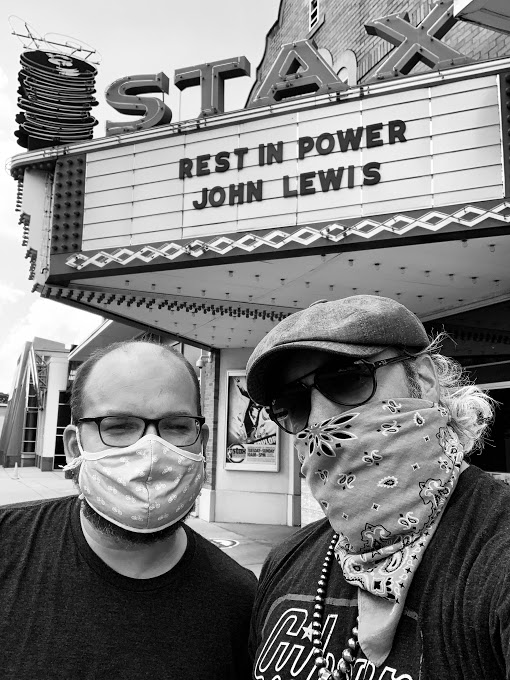 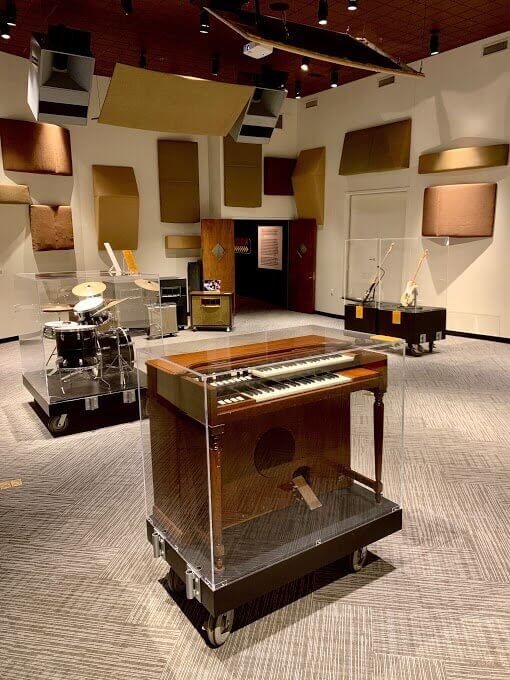 Now if you ask me who were the big three were in the southern soul music genre it was FAME, Stax and Royal Studio. As a matter of fact, those three make up probably 75-80% of my music collection. So, when Boo Mitchell (owner of Royal Studio and son of Willie Mitchell) called me on the phone a few weeks back you can imagine my surprise! We arranged for a walk-through of the studio at noon on Monday and after walking through the door and into the reception area I was overjoyed to find it that was wall to wall music. No gift shop or anything like that — just a tremendous time capsule of music history.

Boo personally gave us the tour and showed us some of the artifacts that are still there today like the Mica electric bongos heard on Ann Peebles’ “I Can’t Stand The Rain” and the wooden Coca-Cola box heard in the count off of Al Green’s “Love and Happiness.” I have to say, Royal’s history is truly amazing, but the music that is still being made at that studio today is just as groundbreaking. In recent years: Robert Cray, Boz Scaggs, Buddy Guy and John Mayer have all recorded here. Also, Boo’s involvement in the Bruno Mars/Mark Ronson collaboration won him Grammy award for Engineer/Mixer of the year on Uptown Funk. We snapped so many photos and I’ll be posting in my socials over the next few days, so please keep an eye out. This is just the beginning! 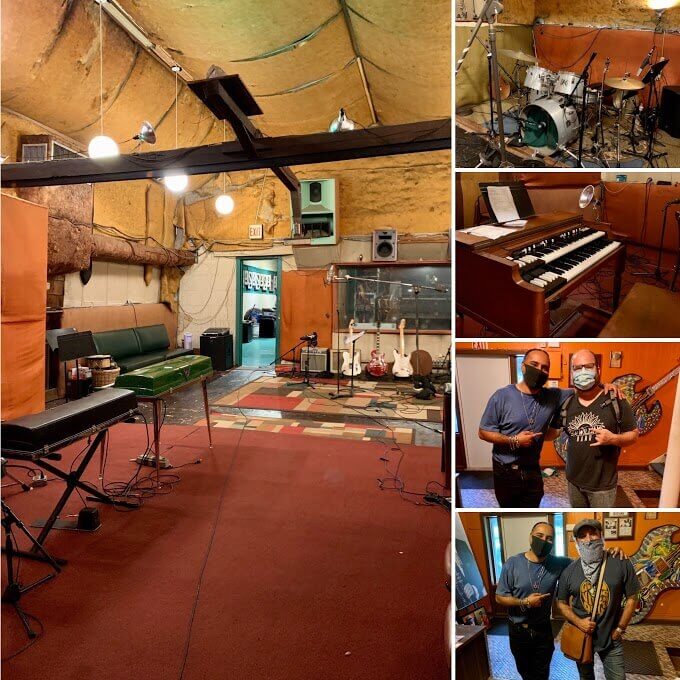 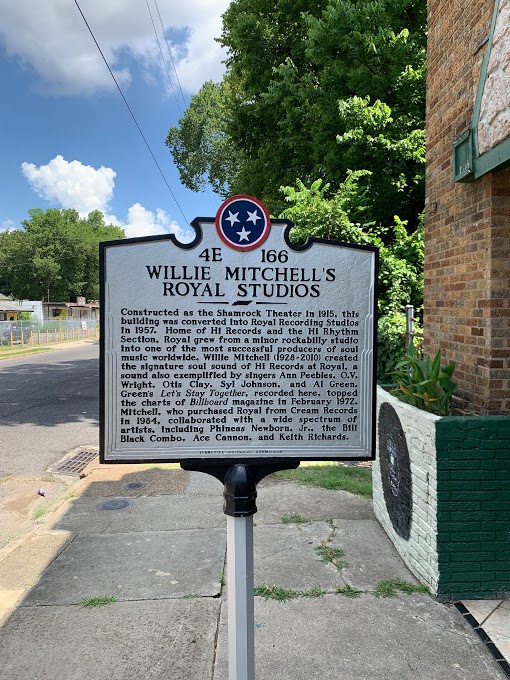 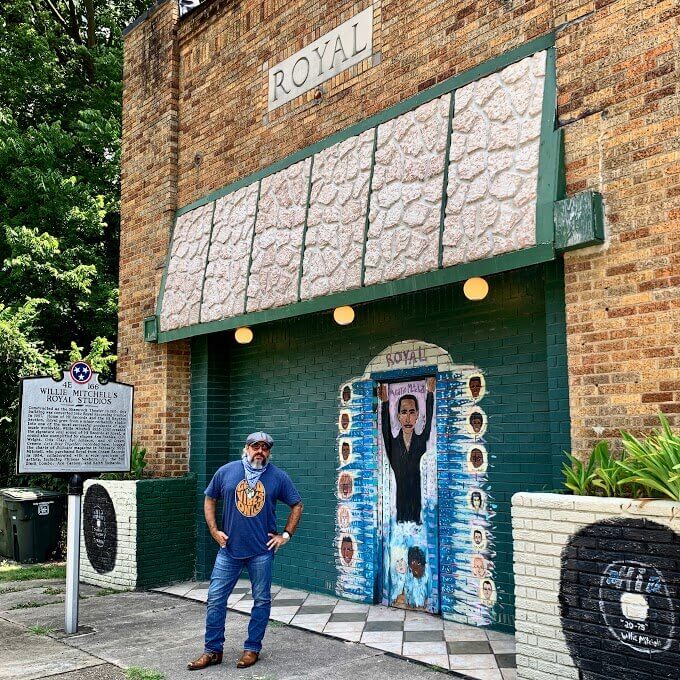 That’s a wrap for now. We’re off to Muscle Shoals Alabama to further elevate MY CLAIM TO FAME. Thanks to everyone for their shares, follows and retweets in social media, it means everything to me! Speaking on behalf of all the for mentioned businesses, we will get through this together if we take precaution, respect the temporary boundaries for the safety of others, support small businesses whenever you can, don’t let fear overcome you and let music soothe your soul.