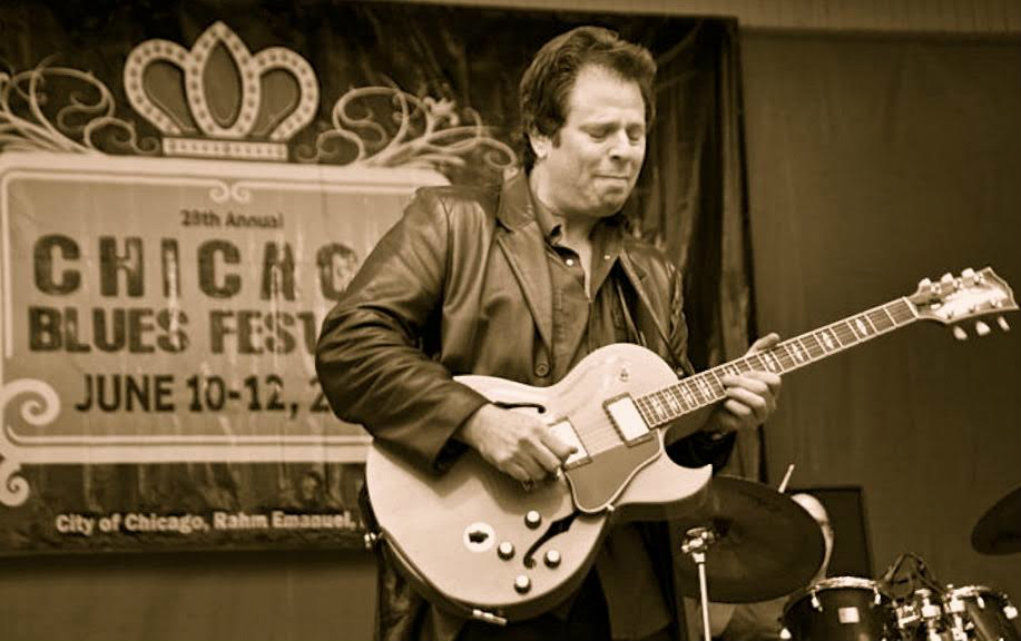 In this powerful new video for “March Through the Darkness,” Dave Specter uses still and video images from protest marches over the last 50+ years. Dave is a partner at one of the Chicago area’s most acclaimed music venues, Evanston SPACE and hosts the podcast, Blues From The Inside Out. And during his career he has shared the stage and studio with distinguished Chicago blues artists including Buddy Guy, Otis Rush, Son Seals, Hubert Sumlin, Magic Slim, Lonnie Brooks and dozens more who undoubtedly shared their own tales of racism and ‘Marching Through the Darkness’ with him. This is a soul anthem performed in a way few could.

Dave Hoekstra, who wrote the liner notes for Blues From the Inside Out, says: “Imagine the blues as a color diamond you hold up to the sun. A dynamic light draws out brilliant hues at every turn of the rock. That’s the inherent beauty of this project. These are fine times to hear Specter, an evolving artist who embraces growth and discovery.”

Of “March Through the Darkness,” Dave tells us:

I wrote March Through the Darkness partly inspired by the hopeful messages that artists like Mavis and Pops Staples have delivered with their music during troubled and turbulent times in our country over the years.

“March through the darkness and into the light.”

I also wrote the song as an answer to the cowardly blunder we regularly hear from politicians and pundits. Has there ever been a time when a US President regularly spews such hateful and divisive rhetoric on an almost daily basis? Never. The song’s also an answer on how we need to respond.

“Stand up to these bullies that are trying to divide, march through the darkness with truth on our side.