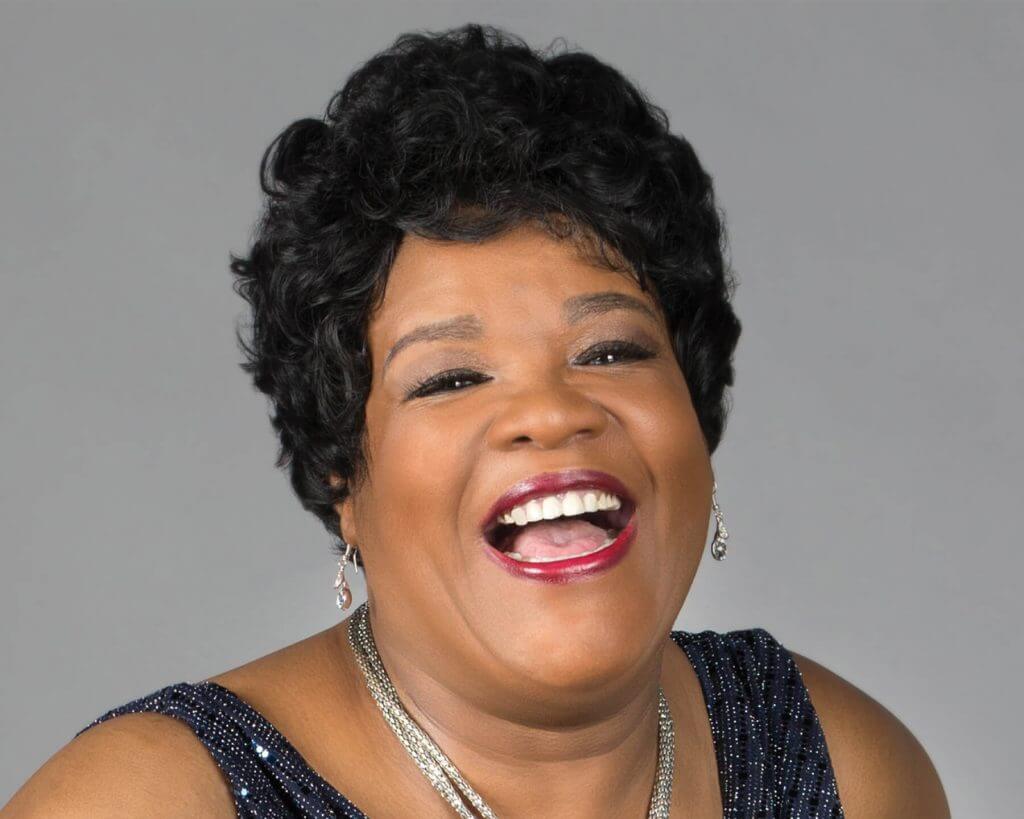 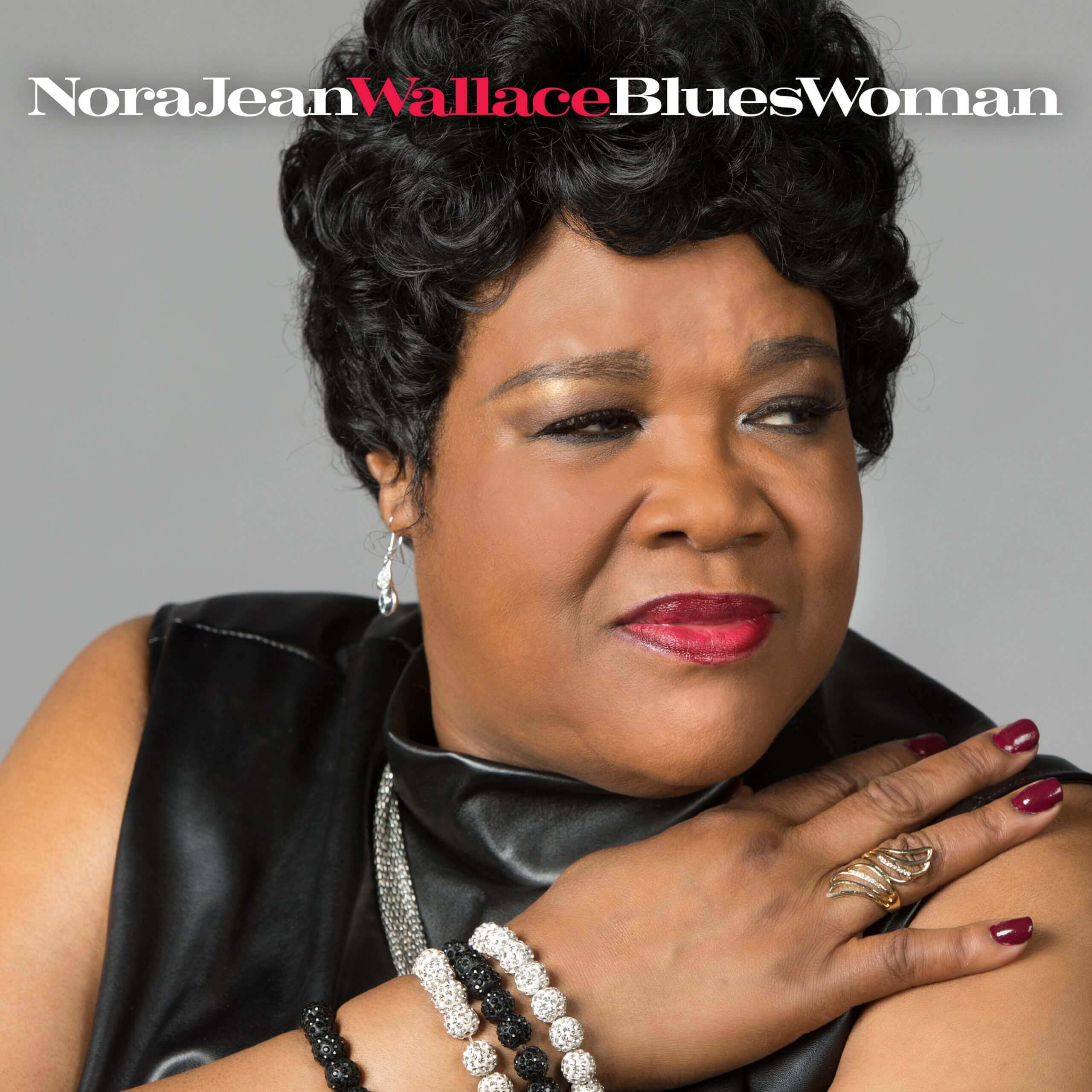 Nora Jean Wallace (formally Bruso) returns after 16 years since her 2004 BMA-nominated and critically-acclaimed release, Going Back to Mississippi. Blueswoman shows why Nora was born to sing the blues. A staple of the Chicago Blues scene, Nora Jean pours her heart into eight originals including the Koko Taylor inspired title track, “I’m a Blues Woman,” and “Rag and Bucket” written with co-writer, Stanley Banks. The Syl Johnson classic, “I Can’t Stop,” and George Jackson’s “Evidence” are great canvases for Nora’s powerful gift. No wonder The Chicago Sun-Times called her performance at the Chicago Blues Festival “show-stopping,” and the legendary Koko Taylor is quoted as saying, “Nora Jean sounds just like I did when I was her age!” This is a must for all fans of real-deal blues.

During a very low period in my career, a friend reminded me that the Bible says your gifts will make room for you. When I gave serious thought to that which I already knew, I never looked back. Slowly but surely my gifts indeed have made, and continue to make, room for me and this project is living proof of that.

I left the blues scene to take care of my mom who was sick at the time (she has since passed). From the cotton fields of Mississippi to the bright and steamy windows of Chicago blues, she always supported me. I think a part of her felt guilty because I had to leave what I loved doing the most to take care of her. And although she’s gone, she’s still with me. I thank God for all she instilled me. She always told me to put God first, never quit and everything else will fall in place.

Here I am in 2020 embarking on a renewed career in blues. The gifts that have made room for me have come in the form of creative people who’ve helped me pave a new path in the blues. I believe God had a hand in it all and has placed people in my life to make me better, stronger and more determined to do what I love best…sing the blues. – Nora Jean Wallace

Wallace is a Chicago Blues singer with deep Delta roots. Like so many blues greats that hail from the Delta of Mississippi, Nora was born and raised in Greenwood, a town in the heart of this blues-rich region. From birth her father, Bobby Lee Wallace, a professional blues singer and sharecropper, and her Uncle, Henry “Son” Wallace, a blues singer and guitar player, infused the blues in her soul. Also contributing to her musical education was her mother, Ida Lee Wallace, a gospel singer, and her grandmother, Mary, who ran a juke house. As a child, Nora would sneak down to her grandmother’s place on Friday and Saturday nights and listen to her relatives sing blues classics. It was during these years that Nora developed a love for the music of Howlin’ Wolf that has continued to the present day.

Nora’s singing career in Chicago began in 1976 when her Aunt Rose heard her sing at home and brought her to several clubs she was promoting. It was at the Majestic on the West Side of Chicago that Nora sat in with Scottie and the Oasis. She was invited to join the band and spent several years with them before Scottie’s unfortunate passing. During this time many local Chicago musicians, most notably Mary Lane and Joe Barr, encouraged Nora and taught her the finer points of her craft.

Nora’s big break came in 1985 when Jimmy Dawkins saw her perform at a local Chicago club and invited her to join his band. For the next seven years Nora toured and recorded with Jimmy and his band and appeared on two of his CDs, Feel the Blues (JSP, 1985 & 2002 with a bonus NJB track) and Can’t Shake These Blues (Earwig, 1991). She also released a single, “Untrue Lover” (Leric, 1982) and her first solo release in 2002, Nora Jean Bruso Sings the Blues (Red Hurricane).

While touring Europe, Canada, and the United States, Nora refined her performing skills and developed an international fan base. She appeared on many major festivals including the King Biscuit Blues Festival, AK, the Chicago Blues Festival and the Pocono Blues Festival.

Nora has lived a life full of passion and pain, triumph and despair, and with it has come a wisdom out of which art is born. Living involves pain but offers redemption as well. That is what the blues is all about.

Seems like this day would never come, but through it all Severn Records has been steadfast in making sure this project would be a success. With their support, I’ve been able to once again share my voice with fans and the blues community that I’ve grown to love. Big, big shout out to Stanley Banks who put pen to paper to write some incredible songs for this project as well as share his talent. – Nora Jean Wallace