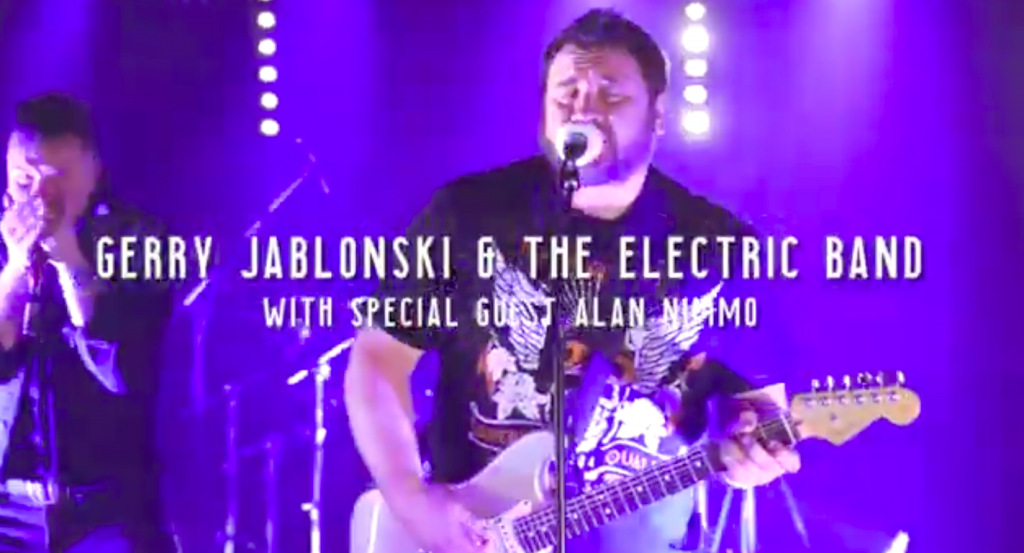 Opening with “Where’s Your Man,” it is clear from his guitar and vocal style that Jed Potts is steeped in down home authentic blues having traveled extensively across America to learn and develop his skills. He signifies his intentions with trademark tasteful guitar interludes and subtle changes of pace while adding light and shade.

“It Won’t Be Long” is based around a Howlin’ Wolf groove with echoes of “Smokestack Lightning,” but given a new interpretation courtesy of the excellent rhythm section, Jonny Christie’s drums, and Charlie Wild on bass.

Jed is a consummate storyteller with an easy conversational style so “How’mi’mentuh” is the perfect platform for this fictional narrative set in New Orleans. Potts even manages to play boogie-style piano on his guitar to emulate a Professor Longhair vibe. It takes an exceptional guitarist to attempt an instrumental, which will inevitably draw comparisons with Freddie King, but Jed nails it on “Splash-Down!” — partly because of the perfect synchronization of the complex rhythm patterns by Jonny and Charlie.

Another States-influenced song, courtesy of working with Brandon Santini, is “Swashbucklin’” which Jed uses as a metaphor in his lyrics to describe how good someone can make you feel. A distinctly country feel permeates “To The Mountains” and highlights the versatility of this power trio. A fitting finale is the heavy blues rocking “Won’t Be No Use” proving that Jed is right up there with the best when it comes to slide guitar prowess as he gives a master class in speed and technique.

The atmosphere in the La Belle Angele is electric and one can only imagine the anticipation and excitement of the thousands of virtual viewers waiting to watch the first public appearance of Gerry Jablonski’s band alongside Glaswegian Alan Nimmo. Gerry takes the stage first and launches straight into a scintillating guitar solo on “Breaking The Stones,” his equally enthralling vocals soon competing in call and response mode with Peter Narojczyk’s turbo-charged harp blasts.

There is no sign of lockdown rustiness as Lewis Fraser hits the groove with immaculate dynamics and precision while Grigor Leslie lays down his usual effortless, pulsating rhythm. The biggest bonus is that the expert videographers and sound engineers are bringing the show to life, covering multiple angles and using imaginative, atmospheric lighting effects. Feeling part of the audience at a live show again is the biggest thrill of all, knowing that normality is as close as it can be in this environment, albeit for a short time but nevertheless very welcome after nine months without a gig.

The mesmeric beat of “Higher They Climb,” a fan favorite, provides the platform for more guitar and harmonica pyrotechnics before the mood switches to “Angel of Love,” with its quiet introduction soon giving way to Jablonski’s impassioned vocals and searing axe work alongside Peter’s complementary anguished harp. The pace increases dramatically with “Slave To The Rhythm,” a big test for the band’s stamina after a long period of isolation but the adrenaline starts kicking in. Jablonski is renowned for his online guitar lessons including the “Secrets of Jeff Beck.” Clearly he is learning fast as his fingers are becoming more nimble than those of the legendary English rock guitarist.

The tension rises as Jablonski introduces his special guest, blues giant Alan Nimmo which is understandable given that this is the American equivalent of Joe Bonamassa meets the Allman Brothers; in other words a clash of titans. Jablonski and his band start singing his self-penned classic “Heavy Water” and after a few bars Nimmo takes over, his powerful vocals and killer, muscular guitar licks exploding into action.

It is not surprising that Alan’s star is in the ascendancy as he oozes talent and charisma, working tirelessly over the past two decades to hone the virtuosic skills he possesses today. Now it is possible to conjure up the ghosts of Albert King and Stevie Ray Vaughan as everyone raises their game even further for a memorable version of “The Sky Is Crying.” The energy in the room is palpable, the fiery fretwork never falters and the interplay between the two lead guitarists is phenomenal.

Lewis Fraser takes over the vocals on “Little Wing,” his mellifluous tones adding variation and an extra musical dimension to the evening’s entertainment. However, this night was always going to be about an uber jam and “Soul Sister” provides the extravaganza finale everyone is waiting for. With two of the most highly rated British bluesmen on stage, both exuding swagger and confidence when it comes to performing, the potential for a competition is inevitable.

It is great credit to Jablonski and Nimmo that this is not a duel at two socially distanced paces but rather five professional musicians giving their all to create the best experience they can to the fans they love and respect and who in turn support them. Overall, an unforgettable experience and one which this reviewer can proudly declare, “I was there” because that is exactly what it felt like.

Gerry Jablonski and the Electric Band