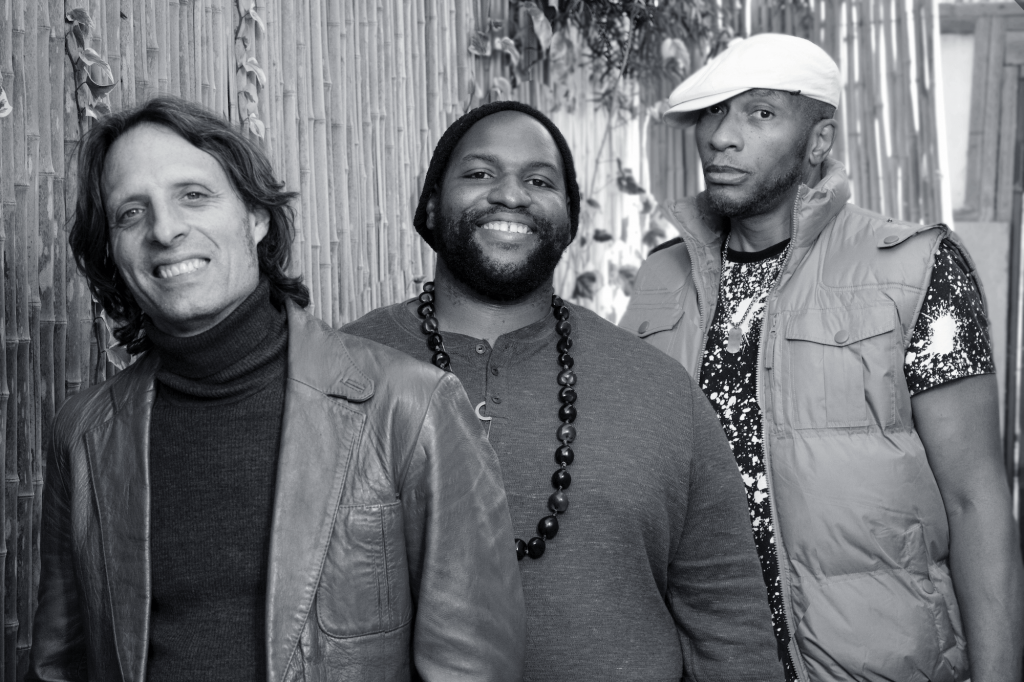 It was a fortunate night for the band when D.C.-born Keith “E-Day” Eaddy subbed in last minute on one of the band’s dates (bass/vocals/keys). The chemistry was immediately apparent. Eaddy’s flexibility (likely a result of a performance background that includes Macy Gray, Dam-Funk, Jody Watley, Loose Ends, Baisden After Dark band) and a similarly animated musical curiosity seemed to signal right off the bat that the way ahead for these three musicians might very probably include adventures together. 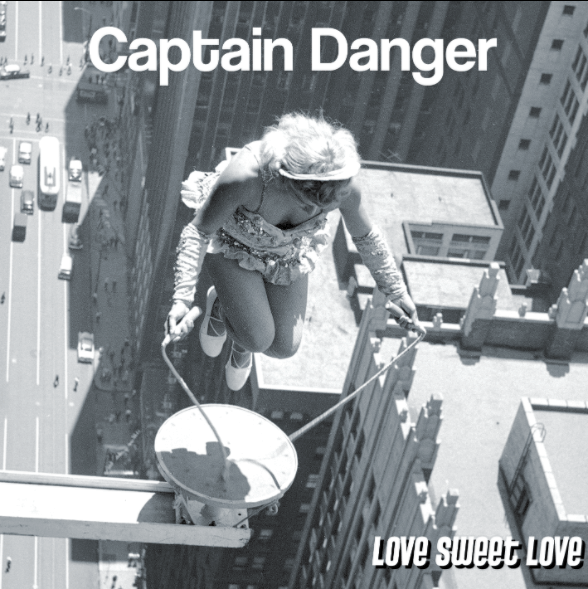 This energy has been distilled on Love Sweet Love, Captain Danger’s debut release as a band – featuring concise songs that showcase the band’s stylistic focus straightaway. The first single “Holly” is an easy starting point for assessing the band’s approach, with a propulsive groove alongside falsetto vocals expressing vulnerability. The song’s lyrics lament a city-dweller’s sense of alienation – with alienation also now getting an entirely literal and humorous treatment in a memorable new music video (directed by the Emmy-nominated Dane Lawing) featuring a vintage sci-fi spin.

Today sees the release of the accompanying video for the single “Holly,” from their debut EP out March 26 via Chemical Music.

Of the song/video, Captain Danger shares with ABS:

“The song mixes rock with some classic soul elements with a funky feel underneath, and I like how it doesn’t necessarily fit right in to a predetermined, particular style. I feel like people are especially welcoming something unexpected, with a bit of a twist these days. Also from another angle, I like how we get into the chorus right away, magnifying the hookiness in it, seems to feel right,” bassist/vocalist Keith “E-Day” Eaddy explains.

“For the music video, we teamed up with (Emmy-Nominated) director Dane Lawing and we all agreed we wanted to go for something fun and a little weird,” says songwriter/guitarist/vocalist Aaron Steinberg (whose credits include music for many reality TV shows, Bill Nye The Science Guy and whacked-out guitar work on composer Paul Leonard-Morgan’s “Dredd” film soundtrack). “Stepping into the retro Sci-Fi zone for this video brought in some more twists, and yet it seems like it all supports the song’s lyrical theme of big city, modern-day alienation in an oddball way.

“I guess we got pretty literal with the ‘alienation’ this time around.”

Captain Danger is a unique trio comprised of some of the hardest working musicians around. Guitarist/vocalist Aaron Steinberg works as a soundtrack and theme-song composer including themes for Bill Nye, Howard Stern, Disney/ESPN, and more. He’s also created original music for all the major networks as well as A&E, MTV, ESPN, Keurig, Sprint, History Channel, VH1, Billabong, Subway, PBS, WE, Nickelodeon, Showtime, Amazon, Bravo, Oxygen, BET, Animal Planet, Discovery, AMC, Science Channel, The CW, Wendy’s, Avon, Toshiba, TLC and many more. As a session musician, his work has appeared in Limitless, A Psychedelic Love Story, Dredd, and many others.

Drummer Roger “Joose” Benford is known for his work with SiR, Patrick Paige, and Shafiq Husayn.