Alligator Records’ New Partnership: Connecting the Art With the Heart

Passion comes first in the best music, and then you have to figure out how to survive. Alligator Records recently signed a partnership agreement with a year-old company called Exceleration Music that hopefully will help this premiere blues indie label continue to not only survive but thrive.

“The heart of it is about connecting the art with the people whether it’s artists to their fans or people to people. I think that’s what we do,” says Glen Barros, one of five partners in Exceleration. Barros is the former Chief Executive Officer for Concord Music Group, a company founded as the Concord Jazz label in 1973 that expanded after Barros took the helm in 1995 to include multiple imprints and artists as diverse as Paul McCartney, Ray Charles, Taj Mahal, Santana and Rosemary Clooney. The other four partners in Exceleration are all seasoned global music industry veterans including Dave Hansen (former GM of Epitaph Records and Executive Chairman of Merlin), Charles Caldas (the first CEO of Merlin), Amy Dietz (previous GM of Ingrooves) and John Burk (Grammy-winning producer and former President of Concord Records).

In the Alligator press release, Barros is quoted as saying “When I started the company, I decided to go with a ‘first who, then what’ strategy. With our industry becoming more and more commoditized, I wanted to put people first – people who care about independent music and share similar values.”

I have to admit, my knee jerk reaction when I saw that Alligator Records had signed this partnership agreement was that this might be the beginning of the end of blues music’s most important indie label.

Barros is the executive who engineered Concord’s buyout of Rounder Records upon the retirement of Rounder’s three co-founders. In 2020 The Boston Globe described Rounder, the home of George Thorogood, as “a vast living archive of American and international music.” In 2013 when Concord took over that label, the Globe went on to say, “Rounder and its subsidiaries have produced nearly 4,000 recordings to date, more than 50 of which have earned Grammy Awards, covering folk, country, bluegrass, blues, reggae, gospel, Cajun, Tex-Mex, and virtually every other kind of “handmade” music.”

Like Rounder, Alligator has been in business for half a century with a more targeted blues-based catalog of 350 records. Is Exceleration’s partnership with Alligator just another example of the current bigger-is-better trend in business in general? Will Alligator get absorbed the way Rounder was? Worse yet, will this new company swallow up Alligator the way Blind Pig got swallowed by The Orchard, a division of Sony Records?

The answer to those questions after spending an hour and a half on the phone with Glen Barros is a resounding no. And if his history with Concord is any indication, Barros is a man who walks the talk.

“In this business, you walk the line between art and commerce,” Barros told me. “These artists need to support themselves, and that’s the commercial side of what they do. They do what they do because they love it, but there’s a commercial element in interacting with fans that’s necessary for artists to survive.

“I (have gratitude) to the people that actually support artists and help to spread the word.  The call to action is to keep supporting (the music), keep doing it, keep spreading the word and whenever the possibility arises to help expand that musical universe, turn other people onto it or get to those who can pay more attention to it (with) good messages.”

The pandemic has put the artist who already was at the end of the food chain into an often-catastrophic position. “The hardest thing in all of this is where you have musicians and artists who really made their living off the road, and then it just shuts down, and there’s literally no income because they can’t perform. That is really tragic in all this. I know there have been various relief programs and other measures to help, but it’s not enough,” says Barros.

“It’s a total drop in the bucket, and I think once they’re able to perform again, there’ll be a great desire for all the fans to come out and support the artists again. And it’s really important to get these artists back out there performing, not only for their wellbeing, but for the wellbeing of the world. I think what these artists do makes the world a better place.”

So, how will Exceleration help Alligator expand on founder Bruce Iglauer’s vision without turning the music into a “commodity” instead of an “art”? Will this new “partner” turn Alligator into the Amazon of the blues music business, swallowing up the creative genius that Alligator CEO had brought to blues for more than 50 years?

Or will this “partnership” inject new blood into Alligator and free up Bruce to focus his attention from day-to-day business matters to concentrate on what he does best: find new blues talent that both utilizes the best elements of the genre’s rich legacy while enervating the style into a place of mass acceptance enjoyed in Americana, country, rock and other chart-topping categories?

Barros feels there’s an untapped market of older adults for underserved segments of music like classical and jazz. These genres can be tapped by Exceleration that has the resources to invest in an indie label like Alligator run by aficionados in it for the love of the music and help them compete on a broader scale.

“We went through a 15-year decline in the industry, and today’s it’s half the size it was 20 years ago,” says Barros. “That’s changing thankfully. We’re getting back to growth, and that’s being driven by streaming. But in many ways, streaming is not growing evenly.”

“The pop scene has grown very, very fast – pop, hip-hop, dance and electronic music. But then you have all of the genres like blues, jazz, classical, Americana, and even rock that’s grown much slower, and I think part of that is the natural demographics of the audience.

“Adults have been slower to stream, and that’s changing for sure. That’s been one issue, but the other issue is that in many ways there’s a land grab for customers, for subscribers. The big giant services focus more on those genres which are more popular. So, in genres like classical, blues and jazz, the offerings that are required to really serve that audience are not there. That’s created even more pain when it comes to the economics of the artist and creators.

“I think there’s a natural catchup that’s going to happen. All these genres have been left behind. They’ve lagged in the last few year as the likes of Spotify, Apple, Amazon, Pandora, and all these big companies have been in this massive fight for subscribers. Naturally, they’re concentrating on the most popular forms of music and appealing to those customers. That’s how they’ve built their businesses.

“That eventually is going to end. You’re going to see subscriptions reach the level of saturation where there aren’t that many new people to go get. I think one of the things they’ll do is then look at these other genres that they have essentially neglected to an extent and start asking the question of how do we get that customer? What does the blues customer or the roots customer or the jazz or classical customer want? What are we not giving them?

“So, I think there’s going to be a focus on these genres, and then those genres will catch up. The other part of it is when you’ve captured the youth market, you’re going to be looking at the adult audience and trying to bring them into streaming, and they’re naturally the audience that gravitates toward these genres.” 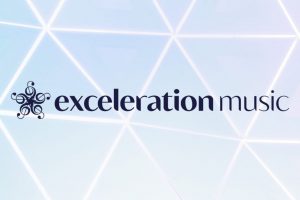 Exceleration is targeting these underserved markets served by labels like Alligator that have a passionate – if small – fan base. “The reason we’re investing in it is, 1. We love the music, believe in the music, believe in the people behind the music, and 2. I think it’s a smart investment that, if we’re right about this, that there will be this catchup, that you’re going to see this shift over the next few years. You’ll see these genres reaping the market share. I don’t think the audiences (for these underserved styles of music) have gone away, and I think we can help. I think we can be a part of driving that as opposed to just hitching our wagons to it. I think we can help accelerate that process.”

Exceleration promises Alligator Records, blues artists and musicians in other underserved genres a potential “vaccine” at the end of the pandemic. Barros represents the potential for a revenue stream for labels that in turn will build a larger fan base for struggling artists who right now can’t perform in concerts that had become their largest source of income.

“I love what I do, and what I really found is I love the people behind the music,” say Barros. “I love the people like Bruce Iglauer who got into the business because of their love of the music and because of their passion for a particular kind of music.  I love what they do to support that, and how they build great companies that actually do wonderful things. I think those people and their interests need to be protected, too. This is their life’s work and to turn it into a commodity under the label of an asset and to see it gobbled up into something bigger seems like a (shame) to me. To provide options to folks like Bruce and to invest in them and do great things, that to me is what this is all about.”

With passion, a little patience, and targeted product, Exceleration will help Alligator tap into a growing fan base. A press release announcing the partnership states, “Alligator founder Bruce Iglauer’s partnership with Exceleration will strengthen the label by creating opportunities for expanded promotion and marketing along with providing resources enabling Alligator to sign more established blues and roots artists. 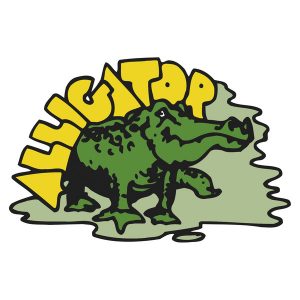 Iglauer remains at Alligator’s helm, just as he has been for the last 50 years. He and his Chicago-based team will continue to handle artist signings, A&R, new release production, project marketing, publicity, and promotion for an aggressive lineup of new recordings by the label’s existing roster as well as by newly-signed artists.

Alligator will also continue to market and promote its catalog of over 350 releases. Exceleration will handle financial, operational, and administrative functions for the label. Both partners will also collaborate on marketing initiatives designed to build on Alligator’s great legacy.”