Sunday Wilde Strips the Blues Bare on ‘Peace in Trouble’ 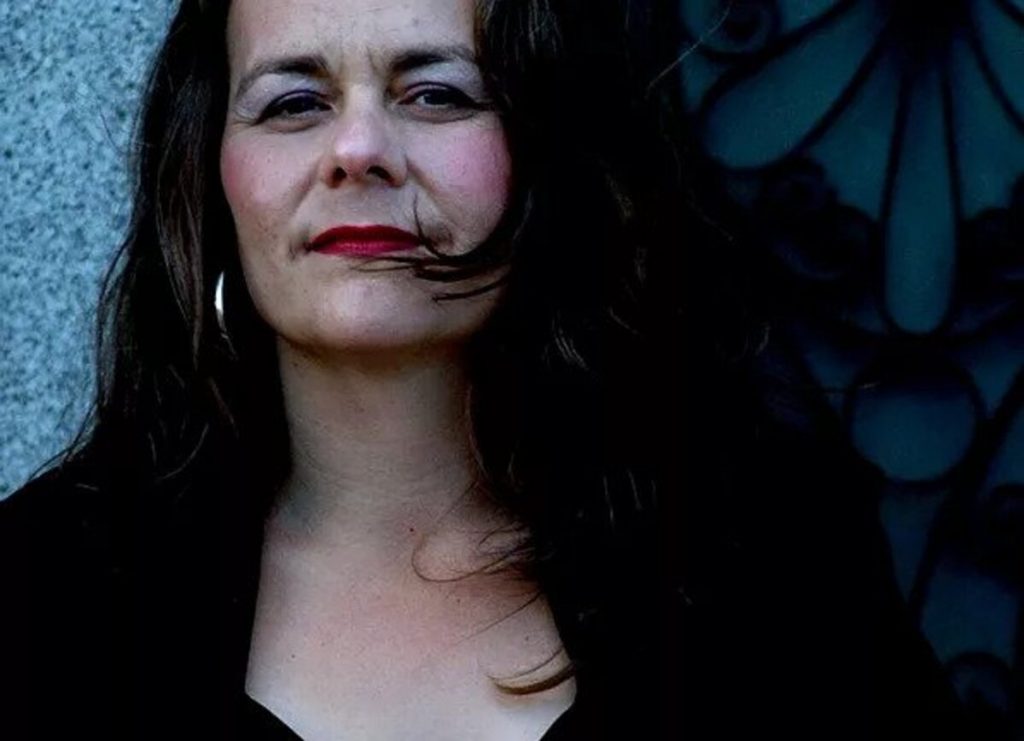 Women’s History Month is the perfect time for Canadian songstress Sunday Wilde to release her 9th recording, Peace in Trouble. An award-winning blues artist, Wilde’s songs have been included on Women’s History Month samplers in 2010, 2011, and 2013. In 2021, she has stripped the blues down to its bare bones with no drums and no guitars. Simply a voice, piano, bass and musical color (along with some well placed harmonica from guest artist Harpdog Brown). 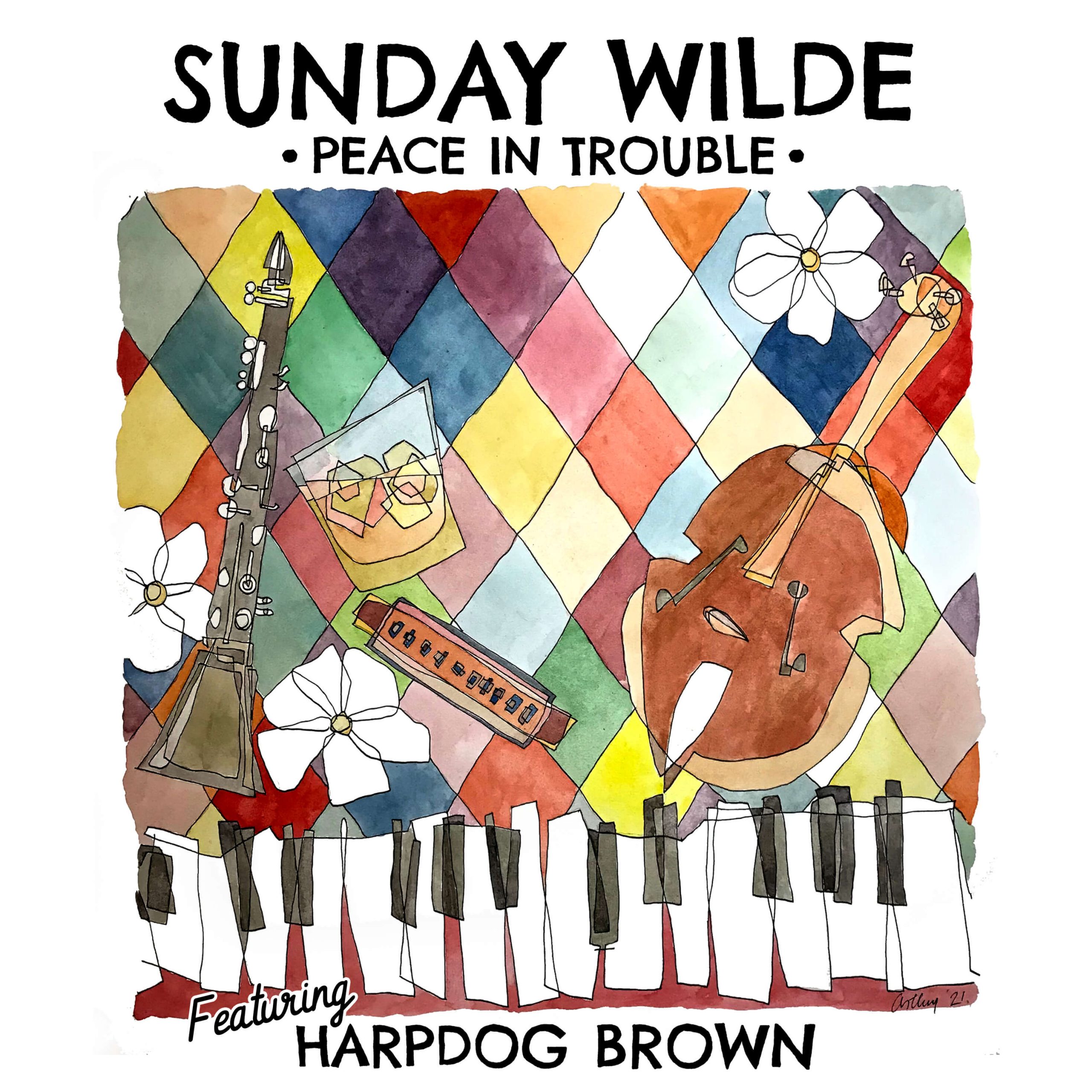 Self-released, Peace in Trouble will be up on Spotify and impacts digitally on March 14th. The physical product will drop on March 21st. Wilde wrote ten of the eleven songs on the album, the one cover being her imagining of Willie Dixon’s “Home to Momma.” Other musicians appearing on the CD include Mac Givens (clarinet), Lex Riley (trombone), and Mike Carson (upright bass). Peace in Trouble was recorded in Sunday’s living room and engineered by Greg Shultz. The cover is a special design by Seattle artist Joel Astley.

Peace in Trouble begins with “Trouble,” a haunting ballad with Harpdog’s harp adding a low, moaning backdrop to Wilde’s piano and vocals. Oh, her vocals. Wilde’s voice carries the passion of Bessie Smith, combined with Janis Joplin’s presentation and the warble of Stevie Nicks. One can, quite literally, feel the pain in this opener.

“I Never Get to Win” is a more upbeat blues boogie with some sweet clarinet courtesy of Givens, followed by “All Alone,” a mid-paced, early 20th century sounding offering. In fact, most of Wilde’s music would seem right at home in Harlem’s Cotton Club a hundred years ago, sans the big band backing.

Sunday Wilde is from the wilds of Northern Ontario and has sung everywhere from logging camps and funeral parlors to huge festivals and the blues clubs of Beale Street. Her influences come from a array of sources such as the wilderness where she grew up, Ruth Brown, pain, suffering, Sister Rosetta Tharpe, grief, heartbreak, Bessie Smith, and Big Bill Broonzy, all mixed in with love, joy, Tom Waits, Billie Holiday and Ella Fitzgerald. That combination has taken root in Wilde who, as a songwriter and performer speaks from experience and with authority.

Brown’s harmonica returns on the fun boogie “Too Damn Cute.” Even this song seems to come from a bygone era but feels right at home in 2021. “Will Never Stop,” extols the similarities of alcohol and infatuation, sort of like being drunk in love. “One Day We Will” was inspired by fellow Canadian Harpdog Brown‘s winter visit to Wilde’s home. It’s a tale of a friend hoping to stay up late drinking whiskey with a brave man.

The fun-loving songs continue with “Wondering If He Might,” and “He Does It,” both featuring Brown’s harmonica prowess. Another comparison can be made with these songs as Wilde seems to channel the spirits of Saffire – The Uppity Blues Women. They focus on feminist themes, those being of a woman who knows what she wants and isn’t afraid to pursue it. Although not as comedic as Saffire, Wilde’s songs are just a hint less bawdy.

“Sister I Understand” is another pro-woman anthem in the same vein. Stripped to only her piano, vocals, and Carson’s bass, Wilde is offering sage advice to a friend.

Peace in Trouble ends, as it should, with “Peace For Everyone.” This soul-searching song of hope is a Gospel blues prayer reminding us all that we are equal in our struggles. Something that I believe everyone who has lived through our current pandemic permeated times knows in their hearts is that we are all now, at last, equal, whether or not our heads choose to acknowledge it. Sunday Wilde gives us a very gentle nudge in the ribs as a velveteen wake up call.

With a mighty voice and inventive storytelling, Sunday Wilde offers the best of both blues worlds. To the blues purists, you’ll hear the songs of the foremothers of the blues, spilling inspiration from their graves into Wilde’s nimble fingers. For those who prefer a more modern outlook, Peace in Trouble offers lyrics that are relevant in today’s world. This is an album that belongs in everyone’s collection.

Sunday Wilde has graciously given American Blues Scene exclusive rights to her music as it becomes available. Check out some of the tracks from Peace in Trouble below.