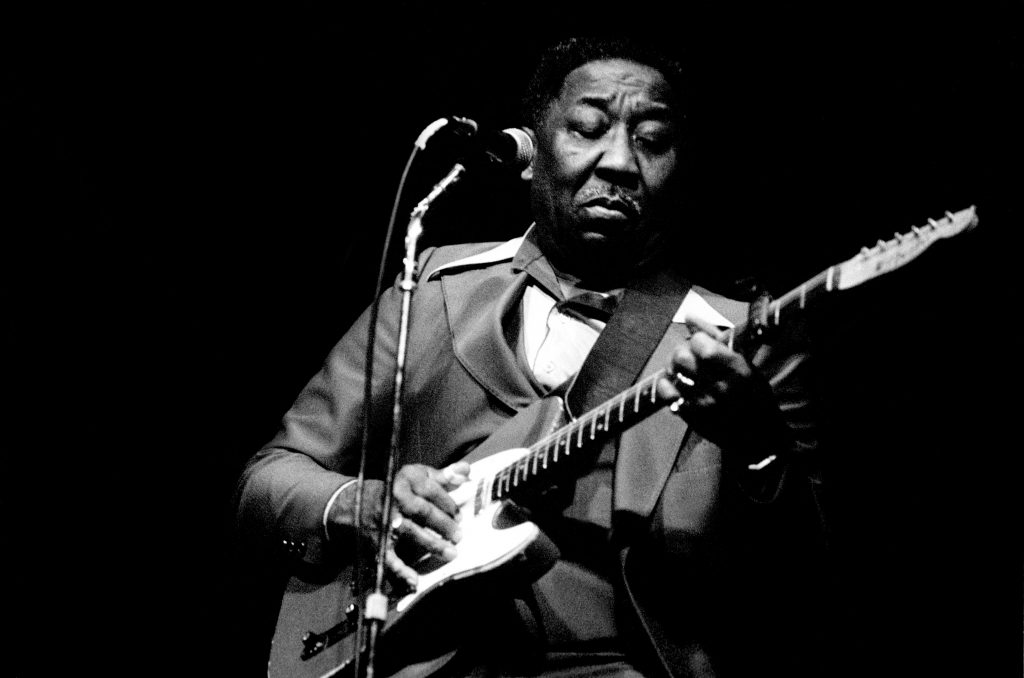 It was a shot heard around the blues world. A cry for change being echoed throughout society.

“It has come to my attention that a winner of the Blues Foundation Award for Best Blues Something or Other proudly displayed a Confederate Flag on his social media pages, drove around with it on his fucking car.” 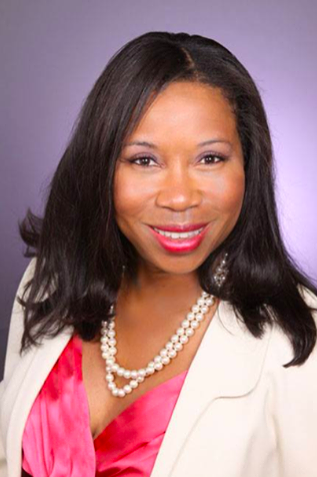 No less a person than Muddy Waters’ daughter, Mercy Morganfield, was speaking out on Facebook. She didn’t name the offender Kenny Wane Shepherd by name.  “When this was pointed out to the Blues Foundation the official statement is ‘We are not a political organization,’ ” she wrote.

“Huh? What do you all think the Blues is at its core? At its foundational roots? If not political? “This type of shit is not just pissing off black people; it is pissing off a lot of white people who understand the blues at a deeper level than a white man growling out what he thinks sounds like Howlin’ Wolf.

“The problem with blk (sic.)  in the blues is the wyte (sic.) guys can always find that one blk (sic.) guy who agrees to turn the other cheek.”

Two days after Mercy spoke her mind on Facebook, The Blues Foundation had removed Kenny Wayne Shepherd’s song from its Blues Music Awards contention, fired his father from its board of directors and issued a statement condemning racism in general and specifically in the Foundation.

Mercy explained to me the sequence of events the day she wrote her Facebook entry. “When I woke up that morning, I wrote it in 20 minutes.  Then I went on and cleaned up the house and did whatever.”

Two hours later, it had been shared over 50 times. “That is when I said, ‘Oh, shit!’ So, it hit a nerve. By the time I (went) on Facebook, the next day, it had been shared over 600 times. There was no name mentioned. It was like I just poured out everything in my heart that I saw happening in the blues and the blues industry. It wasn’t even about the Blues Foundation. It was that the Blues Foundation has lost its motherfuckin’ mind. The people in the industry can’t speak out on race because they’re blackballed. Why aren’t you out there descending on them pretty much?

“I just went through like I was talking to a girlfriend. You don’t follow me on Facebook, but I bounce a lot of shit like that, and it’s not just about the blues. It’s just about social reactions in the United States, period. Or the environment or the coronavirus.

“I’m very, very open about what I say. I’m very open, and that’s why I have the following because I am unfiltered, and since then I’ve had people come on my post. Now, I can’t respond because I’m banned from Facebook for 30 days, and no alga rhythm picked me up. So, someone made a call because 600 people shared it, and they made Facebook take it down, but people knew that I was going to be banned.

“I had one guy who went in and screen shot it and then retyped it word for word, and put it on reddit. So, they didn’t change a thing, whoever it was, bless his heart. And since then, the blues community came on my page to tell me my father would be ashamed of me. I’m a disgrace. ‘You’re a lying bitch. How dare you come after Kenny Wayne Shepherd?’

Among the 600 comments on Mercy’s Facebook page were these.

Kenny Wayne Shepherd: “Years ago I put that car in permanent storage and some time ago, I made the decision to permanently cover the flag on my car because it was completely against my values and offensive to the African American community which created the music I love so much, and I apologize to anyone that I have unintentionally hurt because of it. I want to make something very clear and unequivocal; I condemn and stand in complete opposition to all forms of racism and oppression and always have.”

Mikki Mulvehill, veteran blues manager (Luther Allison, Doug MacLeod): “Kenny Wayne Shepherd is NOT a racist period. The car has been in storage since 2015, there has never been a photo on Kenny’s page showing the flag on the car – ever, the car yes-the flag no. The guitar was a gift and was NEVER played, never been on stage. He has NEVER sold Merch with the confederate flag on it. He has never condoned oppression or racism in any way and respects all people. Many people commenting on these threads don’t know Kenny, have never met Kenny and certainly cannot speak to his beliefs. Have we learned nothing from the last several years about the damage misinformation on social media can do?”

Adam Gussow, legendary blues educator, musician and author: “Shepherd, a native of Shreveport, Louisiana, and a collector of muscle cars, has a little Confederate flag problem — although the precise dimensions of the problem remain in dispute. Back in 2005, he’d commissioned a replica of the General Lee, the iconic orange Dodge Challenger festooned with a huge rooftop Confederate flag that was the centerpiece of The Dukes of Hazzard (1979–1985), a hugely successful post-Civil Rights era TV sitcom. Along with Smokey and the Bandit (1977), the show helped redeem the white South by reconstructing white Southern masculinity into the figure of the fun-loving good ol’ boy — a ‘trouble-making’ but harmless rogue who represented a stark departure from the violently racist and unregenerate poor white lynch-mobber that had long dominated the American imagination.” 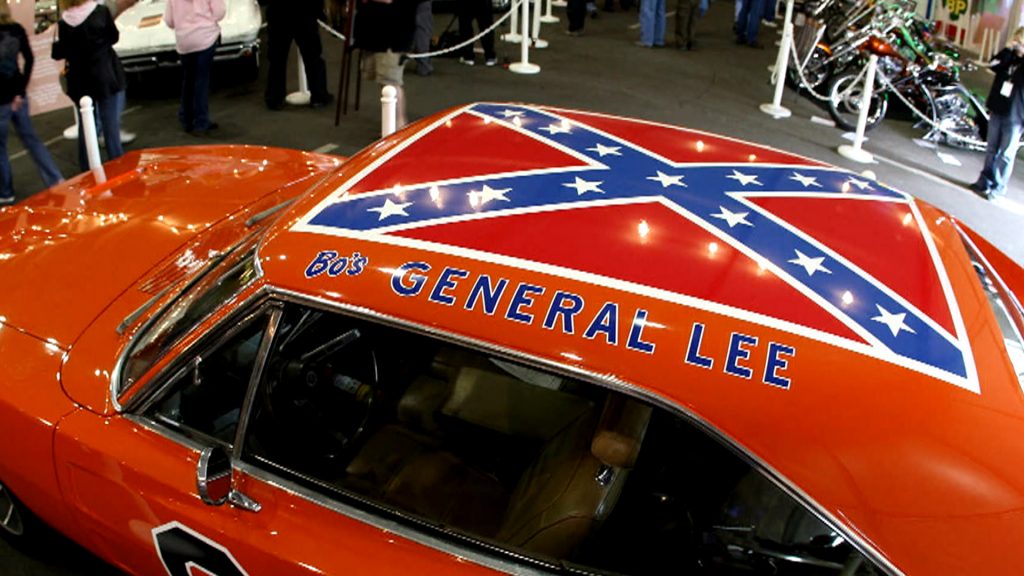 Billy Cox, Jimi Hendrix’s bass player: “We know that he (Kenny Wayne Shepherd) does not deserve the ‘cross-town traffic’ that he is caught in. Let us not overlook that this controversy speaks to a BIGGER ISSUE and that is the dismantling of our country’s history. I believe, to avoid and to correct previous mistakes, we must see it all. History must be comprehensive, although most times it has not been. WE OVERLY KNOW THAT…. and…that is why we speak now. To dismantle and to do away with, could make it easier to later claim certain events or atrocities never happened; because, there would be no reminders. Show the history, the good, bad and ugly, warts and all. It can serve as a reminder for us to avoid the pitfalls of human nature and the knowledge that we are obligated to pass on….All else, Kenny Wayne Shepherd should be STONE FREE to do as he pleases.”

So, who is Mercy Morganfield? She’s Muddy Waters’ daughter, brought up in poverty by her maternal grandmother.

“I was one child of six children of my mom’s, and when my mom died at 33, we all went to live with my grandmother. I went to school in clothes that somebody else in school had given to Goodwill, and when it came out that I was Muddy Waters’ daughter, it was crazy in the light of my extreme poverty. There were five other kids.”

“He was also friends with the Chess brothers (his bosses at Chess Records). They were friends. Or they had as much friendship as a white man and a black man in an unbalanced society could have back then.” But Muddy told his daughter, “(Leonard) might never record me again. He might stiff me.”

Today, Mercy Morganfield is the executor of her father’s estate, works for Pfizer Pharmaceuticals, and is a former member of the board of directors at the Blues Foundation where she coordinated activities with her own Muddy Waters Foundation.

At the end of an hour and a half interview, Mercy said to me, “I hope you’ll report fairly on me ’cause I was nervous about talking to a white guy from a music publication because, to be honest with you, a lot of people have not been very nice to me. Although, out of the 600 shares, I’d say 70% are from white people. So, there are people out there that get it, and I have since called Patty (Patty Wilson Aden, President and CEO of the Blues Foundation). I still call Michael (Freeman, Board Chairman). I know he’s mad at me. I know they’re mad. That’ll be ok when the swelling goes down. If we had waited for them to make the changes, we’d be having this discussion 10 years from now.”

Of her dad, Mercy says:

“(He was) born into the most oppressive world anyone can imagine, and if you look at that, Muddy Waters IS the American dream.”