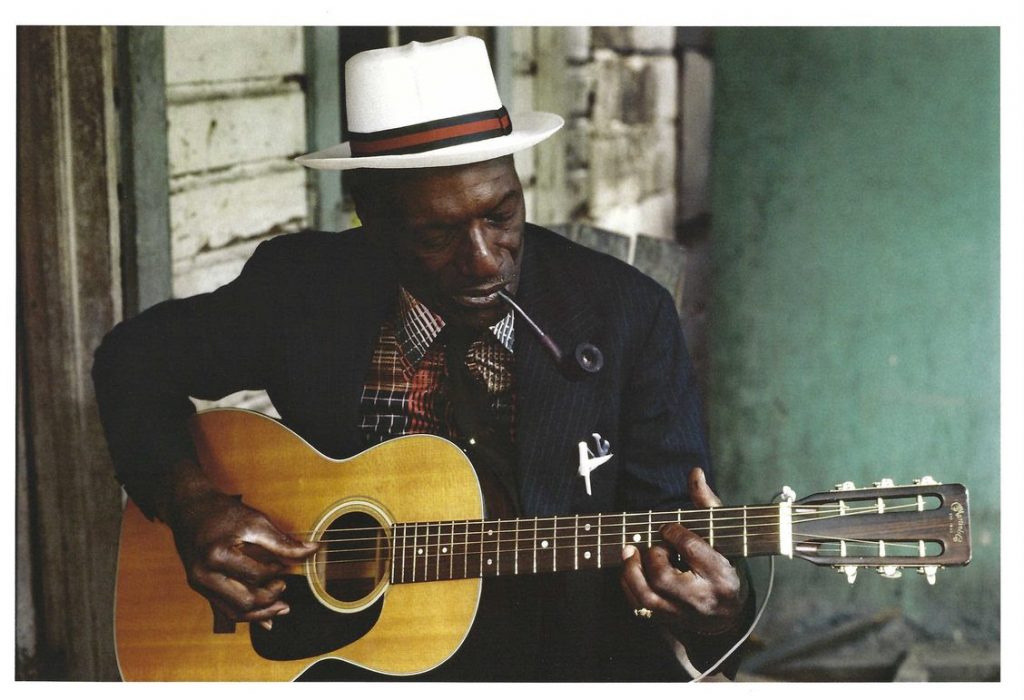 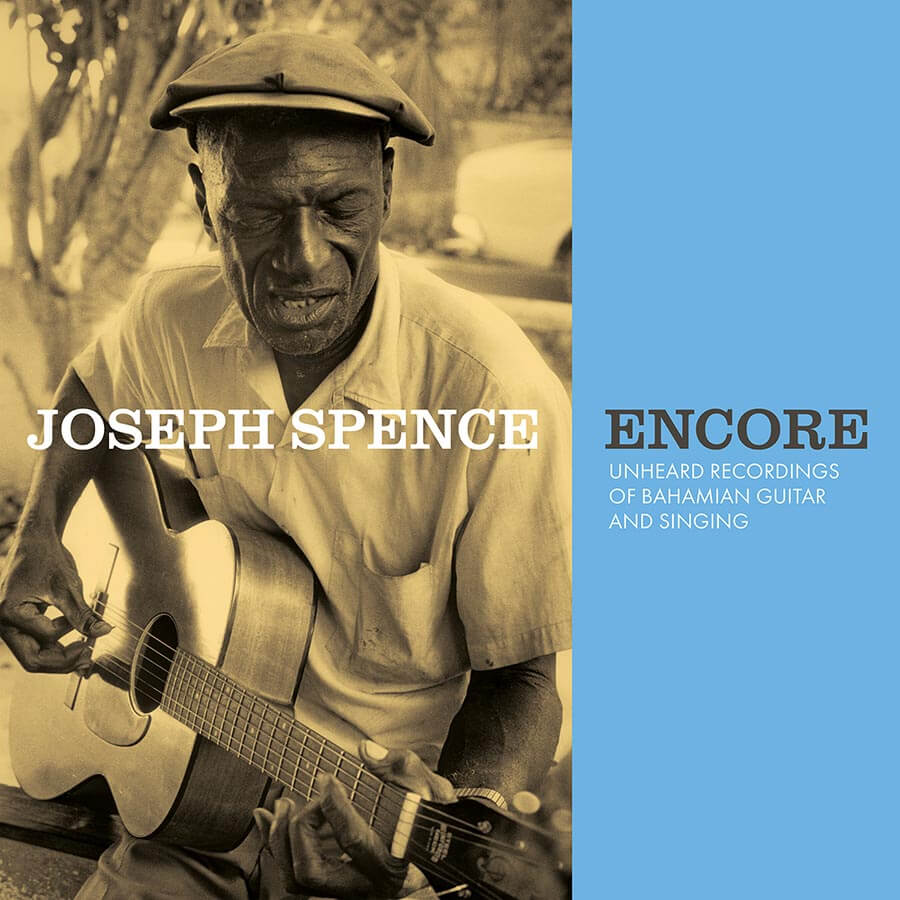 Recorded by renowned recording engineer, documentarian, and producer Peter Siegel in 1965 in New York City and the Bahamas, Encore: Unheard Recordings of Bahamian Guitar and Singing offers a look at a grand-master at work, at the height of his powers and recorded with expert equipment. The album also includes two entirely new songs that Spence had never recorded before and new settings of Spence classics!

A brilliant, virtuoso guitarist who influenced everyone from Richard Thompson to The Grateful Dead, Ry Cooder, and Taj Mahal, Joseph Spence was infused with the spirit of improvisation. As he sang, lyrics tumbled over exclamations, swaying between guttural interjections and fast-rhyming patter. Though he came up among the fishermen of the Bahamas, singing briny vocal harmonies with them late into the night, his music was wholly his own, and so original that it has inspired multiple generations ever since he was first discovered in the late 1950s. And yet despite the dazzling craft in his music, Spence was an artist who also loved to play. “There’s a playfulness to his music, that’s who he was!” Siegel explains. “Having met him and known him, he was like that. He’d get fascinated by something and have a unique thing to say about it.”

Spence’s roving curiosity is on fine display in this album, as he moves between the hymns he grew up with on the islands, the fishermen’s songs he came to love on the sea, and songs from further afield, like the African-influenced “The Crow” or the country gospel variant of “O Death.” These songs are anchored by Spence’s inimitable guitar work, grounded, as Siegel explains, not in the guitar work of country blues artists like Mississippi John Hurt, but in the rare vocal traditions of the Bahamas. “You have to listen to the original Bahamian rhyming groups that Spence was part of, but you’ll start to hear how he’s taken the three parts and made them part of his playing.” Bahamian rhyming groups were a particularly beautiful tradition of call-and-response vocal harmonies from the island fishermen, characterized by “improvised fast-paced, syncopated verses.” “That’s one of the reasons he has his own sound.” Siegel says. “Instead of reproducing an alternating bass pattern, he’s reproducing what a bass singer would have done in a rhyming group. It’s more like bass runs.”

Spence’s guitar work was a revelation in the 1960s, following on the heels of his recordings for Folkways and other record labels. He directly influenced key guitarists in the 1960s like Richard Thompson, John Renbourn, Taj Mahal, and Martin Carthy, and his songs were covered by The Grateful Dead, The Incredible String Band, and more at the time. Even today, his influence is as strong as ever following a feature in The New Yorker in 2018 that called Spence’s 1958 recordings for Folkways a “miraculous field recording.” Experimental roots guitarist Nathan Salsburg agrees, saying “The music of Joseph Spence inspires astonishment and delight in equal measure: ‘How did he do it? And thank God he did.”

Years before he’d go on to found the Explorer Series for Nonesuch Records, and before his recording of Japanese shakuhachi was included on the Voyager spacecraft, Peter Siegel was a teenager in New York City who learned the craft of recording at local Friends of Old Time Music concerts. Siegel was the recording engineer for these legendary concerts which introduced hugely seminal artists to the East Coast’s folk revival crowds. Siegel’s recordings of Doc Watson in 1962, the first time anyone outside of Appalachia had heard him, were recently released by Smithsonian Folkways.

In 1965, Joseph Spence was presented, along with other Bahamian artists, in New York City and Siegel was there to record it on his trusty Nagra tape recorder. A few days before, he’d taken Spence around the city, up to the top of the Empire State Building, and had recorded Spence in Siegel’s parent’s Manhattan apartment. Following the concert, Siegel and fellow enthusiast Jody Stecher found themselves so inspired by Bahamian music that they set out for the Bahamas for a whirlwind tour of field recordings that also recorded Spence in Nassau in his hand-built home. The recordings on Encore come from these three meetings between Siegel and Spence, and feature music from Spence that has never been heard before.

In addition to classic songs of Spence like “Out on the Rolling Sea,” “Bimini Gal,” and “Give Me That Old-Time Religion,” the recordings also feature new music from Spence like the haunting hymn “Death and the Woman” (a variant of “O Death”) or “Won’t That Be A Happy Time,” a shape note song that Spence had never recorded solo and a hymn that was played at his own funeral in Nassau in 1984. One of the most powerful songs on the album, “Run Come See Jerusalem,” recounts the harrowing story of the sinking of the Pretoria in 1929 in the Bahamas. Though written by Bahamian singer John Roberts, Spence was actually there during the sinking of the ship, pulling bodies from the water. The haunting memory still fresh in his mind even all those years later, his first and only recording of this Bahamian ballad, made famous in the 60s by Pete Seeger and The Weavers and Odetta, brings shivers to the spine.

A resoundingly brilliant guitarist and a clever interpreter of tradition, Joseph Spence has cast a long shadow over the 20th century folk revival, with his sparkling wit and creativity shining strong even today. He was one of the last of the Bahamian rhymers, heir to a working class tradition, but his music rang across the world long after his death in the 1980s. Today we have a chance to look back at him at the height of his musical craft, a grand-master full of curiosity and life.