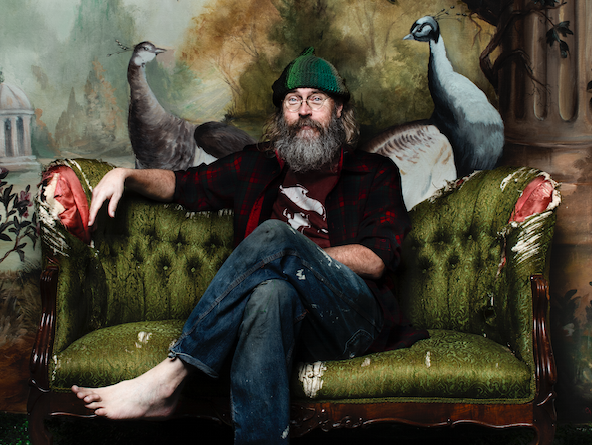 From Charlie Parr‘s forthcoming album, Last of the Better Days Ahead, Smithsonian Folkways presents the stream-of-conciousness “Everyday Opus.” The eight-minute track is a showcase for Parr’s folk-blues fingerstyle guitar and allusive voice which tells the story of a lost, lonely soul wandering about town.

Parr has had a fecund career spanning 13 full-length albums, with songwriting that places his listeners in the sphere of his own personal experiences with life’s existential questions. His poetic lyricism and guitar style shine no less on his Smithsonian Folkways debut, Last of the Better Days Ahead — a collection of reflections and what’s to come.

‘Last of the Better Days Ahead’ is a way for me to refer to the times I’m living in. I’m getting on in years, experiencing a shift in perspective that was once described by my mom as ‘a time when we turn from gazing into the future to gazing back at the past, as if we’re adrift in the current, slowly turning around.’ Some songs came from meditations on the fact that the portion of our brain devoted to memory is also the portion responsible for imagination, and what that entails for the collected experiences that we refer to as our lives.

Other songs are cultivated primarily from the imagination, but also contain memories of what may be a real landscape, or at least one inspired by vivid dreaming. The album represents one full rotation of the boat in which we are adrift—looking ahead for a last look at the better days to come, then being turned around to see the leading edge of the past as it fades into the foggy dreamscape of our real and imagined histories.  – Charlie Parr

Last of the Better Days Ahead is out July 30 on CD/digital, and vinyl later this year. Pre-order on Smithsonian Folkways’ site.