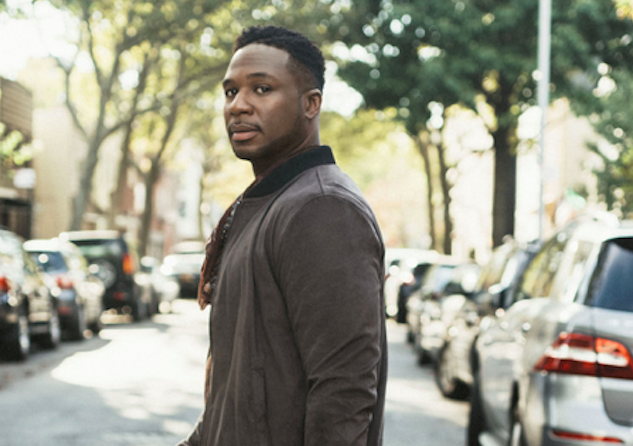 Sacred steel artist Robert Randolph has come a long way since I last interviewed him in 2007. “Oh, yeah, just when you consider the fact that our music, our style playing. I’m now in the Rock and Roll Hall of Fame exhibit. I’m now in the Smithsonian African American Museum, and they recognize the church as being one of the key musical influences in the world. So, being in all the museums and everything, I think I’ve lived up to it.”

If you don’t believe it, check out the Juneteenth Unityfest concert video.

“My whole family comes from slaves,” explains Randolph. “Our last name comes from the Randolph plantation which is down in Richmond, Virginia. I mean when you talk about slaves, I remember my grandmother telling me stories about how they grew. She was born in the year 1889. She lived to be 101 years old before she died. So, she had all those stories of her past, sisters and brothers and all these different things.

“The deal with Juneteenth and why it’s celebrated is that it gives us the actual date to look back in history of where we were, all of the different hardships, all the different things that African Americans overcame and how do we use that information to come together as a community and have the world celebrate that whenever it was, the actual ending of black Americans in chains, physical chains.” 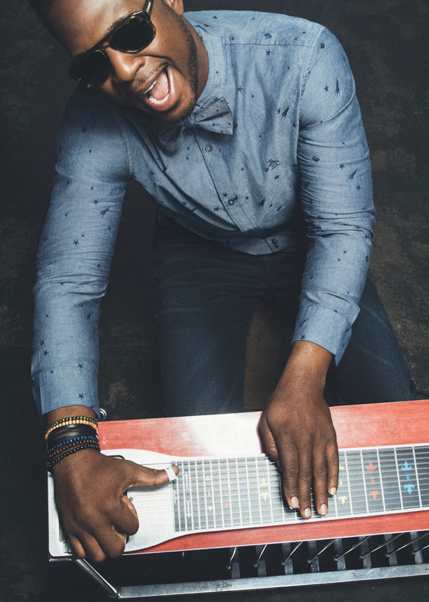 Randolph grew up in the church where parishioners were forbidden from listening to popular music. That said, he played sacred steel guitar in church from the time he was a child. The sound is virtually identical to the kind of rock slide guitar played by artists like Stevie Ray Vaughan, Duane Allman, and Warren Haynes.

So, one day in 2001, Randolph made the personal decision he was going to switch from religious to secular playing. He was 20 years old.

“I really didn’t get into blues, and rock music way up until I was 16, 17, 18 years old. So, that’s just because there was nobody.  In our church we had our own musical scene, our own musical sound, and we were trying to be like those early guys. To be honest with you, it was not until the first Sacred Steel Convention where my first manager actually delivered to my house a box of CDs of literally everybody: The Allman Brothers, Bad Company, to the Doors. All of that stuff. It was a whole box of about 80 CDs at the time.

While those 80 CDs may have been Randolph’s personal primer to another world, it was the intense religious fervor that gives Randolph the secret sauce in his secular playing. I read something to him that Louisiana blues artist Kenny Neal said to me: “Our music is something that helped us all the time through our hard times. Even when my grandmother would pray, she would pray with melody. It wasn’t just, ‘Oh, Lord, come down and look after me. Mmmmm!’ She would be in the room on her knees, and it would be a melody in her prayers, and that’s something we have even people who are not professional musicians. They still got talent and love the music.

“The church on Sunday, that’s where everybody goes and praise the Lord and sing, sing from the heart, and it’s just a part of life. The music takes us out of the darkness and into the light. The music changes everything, and we found that out hundreds of years ago here, and always stuck with it. And music is a part of it. It just gets us through the hard times and music is magic.”

Randolph agrees. “Now, that pretty much nailed it right there. That’s how I grew up, and that’s pretty much how I play. In sacred steel music, we were taught that steel players could handle all those sounds of prayer and preaching that were actually music notes — together the sound of those human voices that we would then emulate. That’s what sacred steel music is in a nutshell.”

Robert Randolph feels a part in the Black Lives Matter movement. “As my grandmother would put it, when she was a young girl, they were marching just to be known as a human being, right? They wanted to be treated equal. They just wanted to not go to the colored bathroom. They wanted to not sit in the back of the bus. When they were marching, they would be shocked if they saw 10 white people in the march. Now, when she turned on the TV after the George Floyd (murder) and saw hundreds of millions of people all around the world, white and black, marching, millions and millions and millions, actually more white people than black people saying, ‘We’ve had enough.’

I asked Randolph if it frustrated him that he’d been nominated for a Grammy four times but had yet to win?