Jorma Kaukonen on The Road Again with Hot Tuna 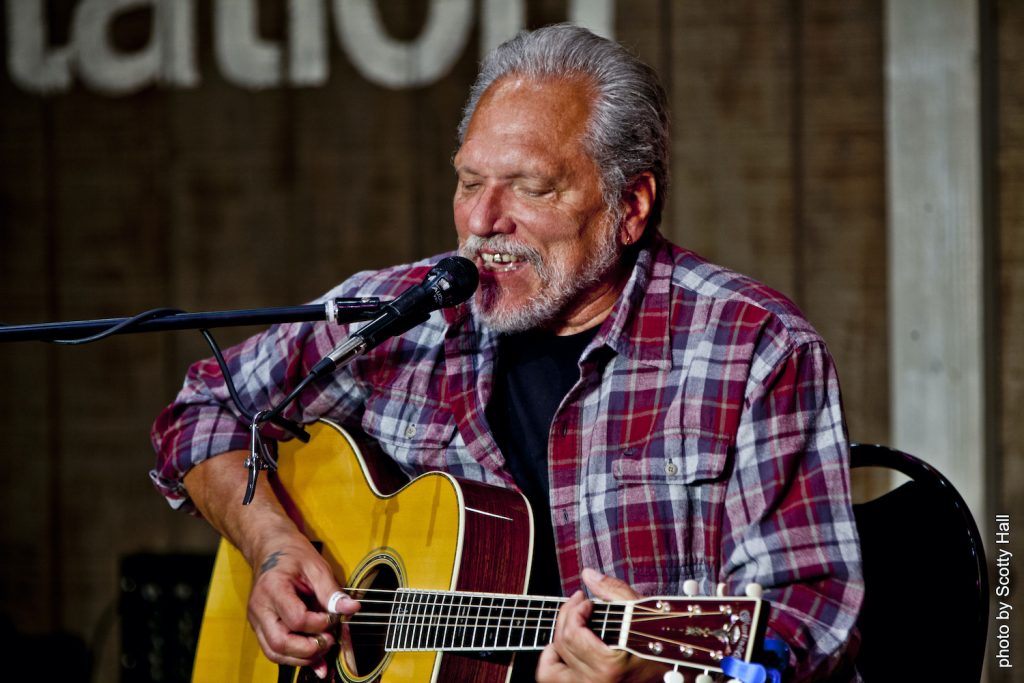 Hot Tuna are on an American tour now through the end of the year.  Band leader and guitarist Jorma Kaukonen also has a recent release, The River Flows Vol. 2, recorded with long-time friend John Hurlbut. If you like Hot Tuna, you’re going to love this release.

“Look at it this way,” says Jorma. “My friend John Hurlburt, my buddy, we did those little records together, and he’s my manager. We’ve been friends for four decades easily. So, it wasn’t like we had to know each other on any level, and he’s been working at the Fur Peace Ranch for 20 years, and we just knew each other forever.

“I’ve always really enjoyed his really sort of pure un-self-conscious way of singing songs he just loves. As a guitar player, he’s very good at what he does. The guitar people, they want to see a Tommy Emmanuel or someone like that. You know, there’s a lot of levels of artistry with a guitar, and in my opinion, John is a major artist.

“He does exactly what he needs to do to sing a song. And it gives me the opportunity – and I can’t say it too much where I can be me without the burden of me being me in the forefront of whatever is going on, like I’m the front guy for Hot Tuna, or I’m the lead guitar player for Jefferson Airplane or whatever, you know?

“I just get to play music with a friend. I’m not a specialist on any of the songs that he does. I don’t know how Roger McGuinn would have done this, and I don’t really care. I love his songs. So, just being able to play the song with Hurlbut in an unconscious way where I can just mess around and experiment with what John and I did, just playing music with somebody that’s good is a successful connection. And when there’s only one person talking, it’s not a conversation, it’s a monologue and that’s another story.” 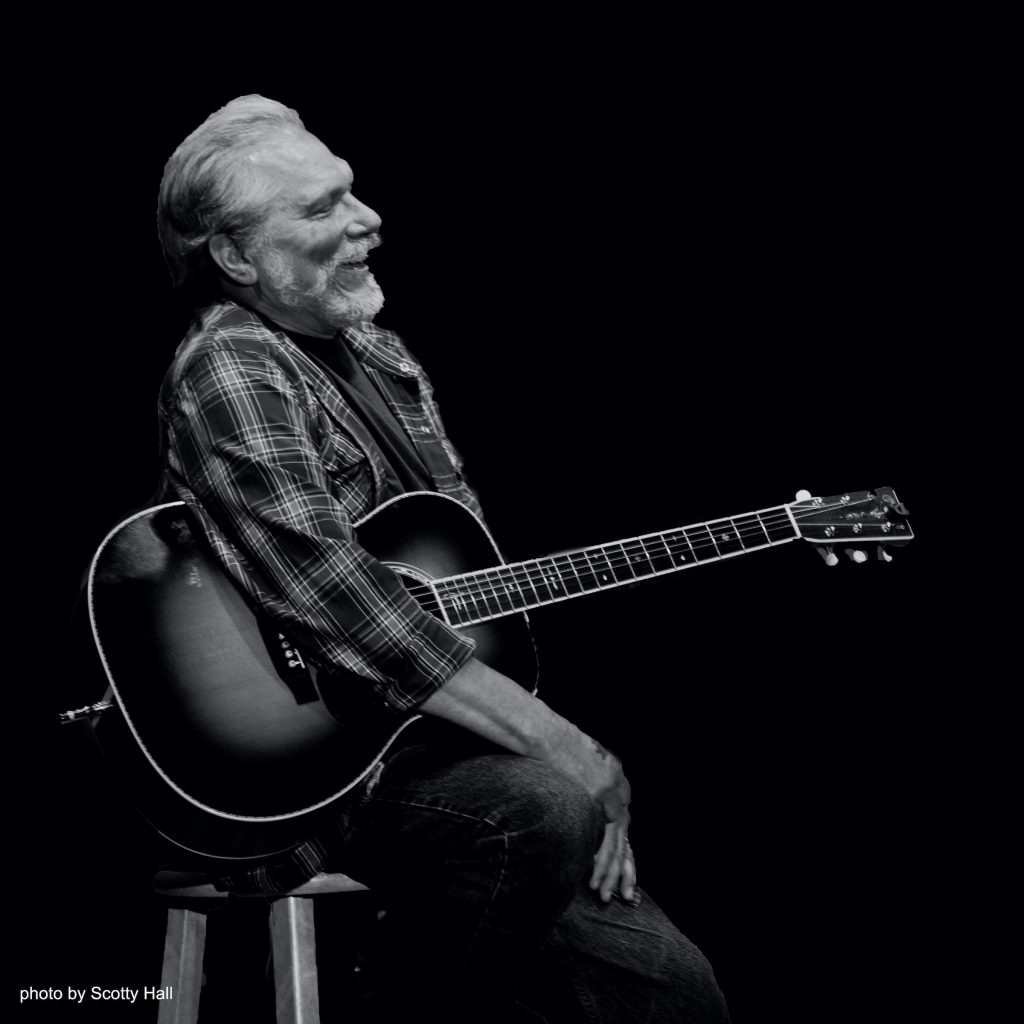 The “counter culture” booed Dylan but cheered Hot Tuna. The folk scare of the early ’60s originated with musicians and fans who were rebelling, not embracing the rock music of the day. Dylan was viewed as a traitor by the hard-core folkies by plugging in in 1965. Hot Tuna began as an offshoot of the very electric Jefferson Airplane, and for more than half a century have fluctuated between acoustic and electric concerts. The current tour with David Grisman will feature both when the two jam together.

Jorma says he was set to have his biggest year yet in 2020 when the pandemic hit, considering the tragedies it’s wreaked so many musicians, he’s made out well.

“We were lucky. We have our infrastructure here at the ranch, so there were quarantine concerts. I’ve been able to look back over my quantity of work and study it as a sort of way I wouldn’t have been able to do otherwise. We started thinking about stuff, wrote a couple of songs. I mean, life actually, considering how bad it could have been for us, it was really getting good.

“I honestly think I’m still learning in a lot of respects. I’m playing better. The thing is when you’re young, a lot of that stuff is new and exciting in a different kind of way, but to be able to ramp myself in it today is much more (problematic) moving than it was when I was in my 20s.

“My environment helped me out a lot. I live in a rural area (in Ohio), and there are pluses and minuses to it. We don’t need to go into that now. Some believe there’s a disease. Some people don’t. People are vaccinated. Some people aren’t. I got my booster, by the way. Anyway, but we’ve got a ranch here.

“So, when I’m not on the road, I live in a county with less than 20,000 people, so I can sort of socially distance from people in a way for 30 years. So, the other thing is our environment is very comfortable here. We have a theater. We have all this stuff that my wife, God bless her, makes happen. So, thanks to my family structure, the central integrity of my day-to-day life is very unchanged. This is not the case for a lot of people.

“I was talking to Vanessa about this because she does all the stuff. I can say the business is really hers. If there’s paper work, she’s gonna do it. If there’s any hiring or firing, she’s gonna do it. So, really it’s like a drunkard’s dream, you know. All I need to do is keep myself mentally and physically in the game which I love doing.

“We have our little theater here, so we can do our little quarantine concerts. I did hundreds of Zoom lessons which I actually got to like. There’s plusses and minuses to that. I enjoyed that. It kept me in the game, but the fact my guitar is my constant companion for almost 70 years, so that friend I didn’t lose, you know?

“There’s a lot of stuff I taught my daughter when she did the virtual schooling, but honestly, aside from the fact it’s been tough on all of us, of course guys like me lost a lot of money, but fortunately we own our place. I don’t have a mortgage. So, I didn’t have that hanging over my head.

“All that considered, even though it’s taken some work and some adjustment, and we weren’t happy about a lot of stuff, it wasn’t tragic. I was also lucky, too, because I didn’t lose as many personal friends as some people did for some reason. We lost a lot of people. By the end of the day, I lost people that were important to me actually in my life, but as far as near and dear close friends, I was really lucky. I’m not blowing smoke. For us, it could have been worse.”

When I watched Jorma’s virtual concerts, I said that man’s in heaven, and nothing’s going to stop him.

“I agree. People have expressed gratitude for us doing that, and I say, ‘Listen, I can tell you with all honesty it was just as important to us or maybe more so in some ways. It gave us purpose. It let us be us, you know?’”

Jorma also found the balance with his family, and that’s something a lot of musicians can’t seem to get.

“Yeah. That’s true. Again. I say it all the time. I’ll say it one more time. I’m a lucky guy. And I have a great family. That’s the other thing that happened that we didn’t mention at all is that in these quarantine times, I’ve never been at home so much. I’ve never spent so much time with my family.

“I’ve been able to drive my daughter to school, to take her to volleyball, to do all that stuff my wife would have done, and I’d have been tuned in on Facetime or whatever. Something they’d talk, and ‘Yeah, you did great, honey,’ but just in a day-to-day level, to be with the family has been you take it for granted because most people are around the family all the time, but guys like us aren’t, so that was cool. That was a good thing. Maybe they wanted to get rid of me. We’ll see.

“We have the pandemic so easy to see that as the entirety. It’s a large part of it of course. I’m not an idiot, but the thing is there is relief from this stuff. There is relief, and it tends to be in music.

“NO BULLSHIT! 2020 was gonna be our best year ever. In every possible way it was gonna be our best year ever, and of course that didn’t happen. Ok? Having said that, there’s a bunch of money we didn’t make, but I think in the course of what happened, I personally have discovered a lot more about myself (during the pandemic). It’s really important to be able to still discover stuff.

“I just bought my daughter a little motorcycle today, and she’s gonna have a permit in a month or so. So, I’m gonna play with my daughter’s motorcycle.

“And I will have my helmet on.”

“Ok, so, it’s me, Jack (Casady) and Justin Guip obviously. David Grisman is on that tour. I mean it’s a co-bill between the two of us. I assume there’ll be some jamming although it’s not something we’ve talked about. Steve (Kimock) is on a bunch of these gigs, and Steve and I are really close musical friends, and he was at the ranch recently. And we get together several times a year and do stuff. I love him. I’m sure we’ll do some jamming with him. I couldn’t tell you what it is because I haven’t done that before. But with Steve Kimock we do that a lot, and I will find that awesome. Maybe nobody else will, but I will find that awesome. He’s so much fun to play with. And David, he wants us to do some acoustic stuff also, and that’s fine with me. So, we’ll have our acoustic gear, and we’ll be plugged in of course, but he wants to do stuff with me gigging on acoustic guitar. I’m down with it.”