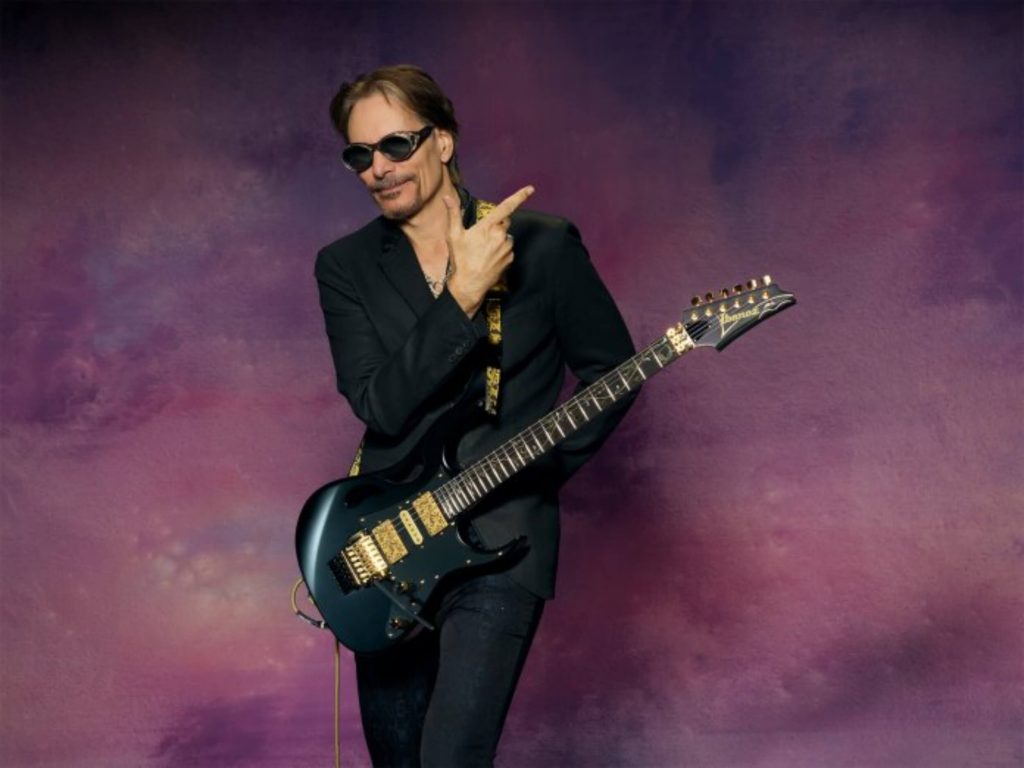 Steve Vai and Favored Nations / Mascot Label Group have announced his new studio album titled Inviolate will be released digitally and on CD January 28, 2022.  The LP will follow on March 18. 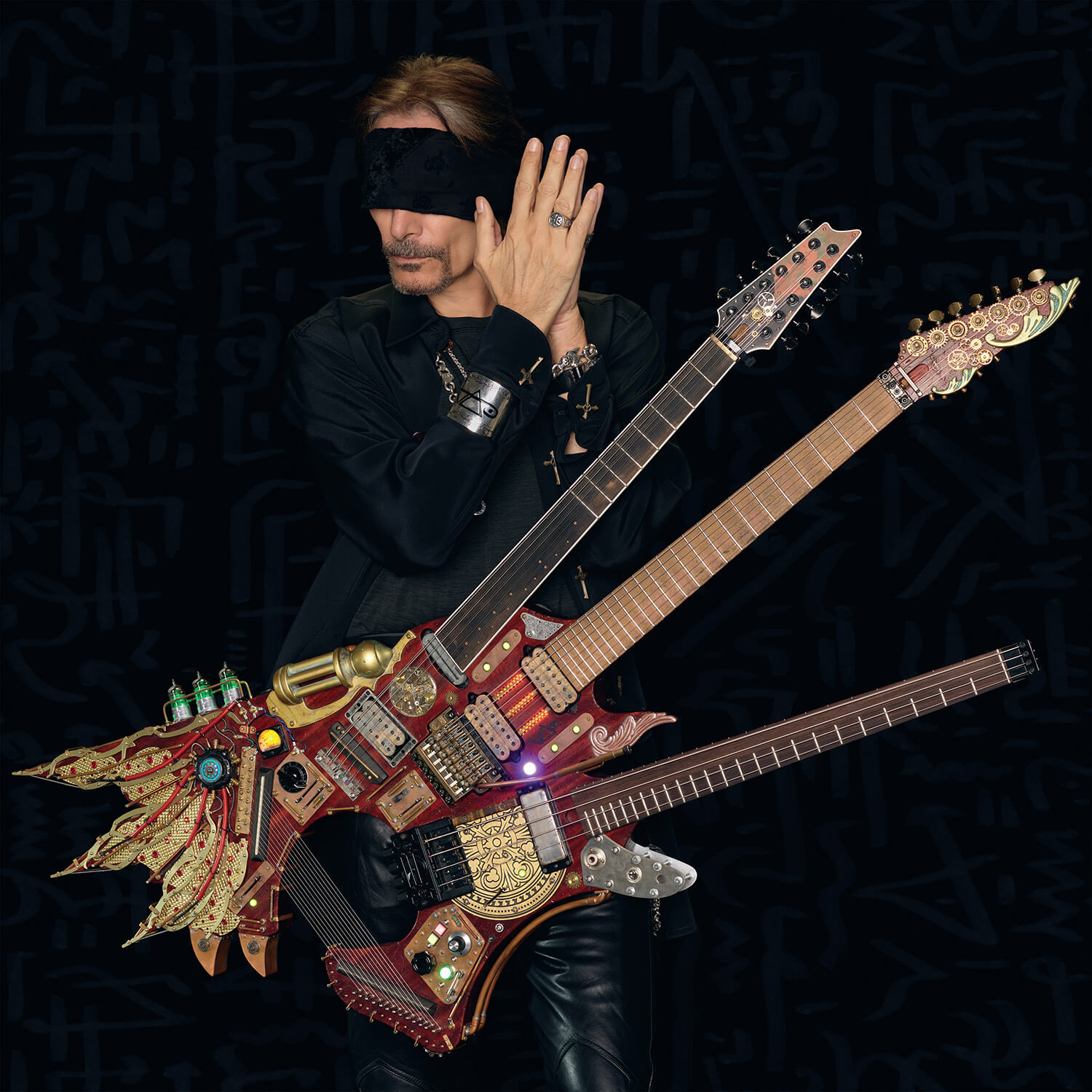 Vai is a virtuoso guitarist, composer and producer, considered by many as one of the greatest guitarists of all time. In over 40 years in the industry, he has sold over 15 million records, received three Grammy Awards, and recorded with music legends like Frank Zappa, David Lee Roth, Whitesnake and many more.  Vai has also toured extensively and recorded live projects with G3 (collaborating with different touring lineups including Joe Satriani, John Petrucci, Eric Johnson, Yngwie Malmsteen, and Steve Lukather) and Generation Axe, a supergroup Vai formed with Zakk Wylde, Yngwie Malmsteen, Nuno Bettencourt and Tosin Abasi. Blues lovers will remember Vai’s character, “Jack Butler” cutting heads in hell with “Lightning Boy Martone” in the movie Crossroads.

Over the course of that more than 40-year career, Vai has routinely transformed what would appear to be outrageously impossible into something very, very possible… and still also pretty outrageous. From his days as Frank Zappa’s “stunt guitar” player to his more recent expansive and exploratory solo work, Vai has continually challenged notions of traditional guitar playing and composition – and on more than one occasion even reimagined the very instrument itself.

Which, he’ll admit, is not necessarily his intention. “I don’t sit around and say, ‘Okay, what can I do now that pushes the boundaries?” Vai explains about his approach to the guitar. “What I do say to myself is, ‘Okay, Vai – what are you going to do now that’s going to interest you, that’s going to fascinate you, and that’s different than anything you’ve done before?”  The answer to that question comes in the form of Vai’s newest and 10th solo album, Inviolate, a nine-song opus that (sorry Steve) does indeed push the boundaries of instrumental guitar music – this time out, Vai quite literally invented not just a new guitar, but also a new guitar-playing technique.

At the same time, Inviolate presents his most focused, streamlined and perhaps invigorating music in years. “It’s very ‘Vai,’ whatever that means,” he says, and then laughs. “Someone else might be better than me at explaining what that is. But it’s just very honest music. Because a lot of my records, they’re long and there’s a lot of concepts and playing around with stories. This one has none of that. This is nine pretty dense all-instrumental compositions that I wanted to capture and record so I could get out there and play them live for people.”

The album’s mesmeric opener, “Teeth of the Hydra,” a sinuous, Latin-fusion-tinged composition that Vai wrote and recorded with a one-of-a-kind custom guitar he coined the Hydra. But calling the Hydra a mere guitar is selling it way, way, way short. Built in conjunction with the designers at Hoshino and based on a “steampunk motif” idea of Vai’s, the Hydra is a beast of an instrument – a one-bodied, two-headstock-ed, three-neck-ed creature that encompasses, among other things: seven- and 12-string guitars; a four-string bass; sympathetic harp strings; half-fretless necks; single-coil, humbucking, piezo and sustainer pickups; floating and hardtail tremolo bridges; phase splitters; and much, much more. “It’s an incredibly-built machine,” Vai says. “I told the guys at Hoshino, ‘Anything that you think is conventional, don’t do that.’ This was an opportunity to exercise brutal creativity. And they went beyond.”

As did Vai in his performance. Throughout the track he employs the Hydra’s full range of tone and timbres to craft a guitar part that sounds, in its expansiveness and expressiveness, positively alive. “The interesting thing about the song and the guitar is that it all came at the same time,” Vai says. “It was one of those ‘inviolate’ inspirations – boom!”

That said, he continues, “I knew that I needed to create something with the Hydra that sounded like a real piece of music. It couldn’t be just a novelty. Because if you knew what my hands were doing, and how I’m using my left hand to create phrasings that work when I can’t pick a note because my right hand is off somewhere else…my god. But the finished piece had to stand on its own. It couldn’t sound like I was just trying to juggle stuff.”

Over the course of 2021, several of these compositions were shared publicly. Vai composed and recorded the song “Knappsack,” following his shoulder surgery, at a time when his right arm was in a sling (or, as his surgeon, Dr. Knapp, called it, a “knappsack”), and thus was able to use only his left hand when playing the piece.

Like “Knappsack,” Vai released “Candle Power,” an accompanying performance video earlier in 2021. But he added a little something extra to the version that appears on Inviolate, with a newly recorded drum track from fellow Zappa alumnus Terry Bozzio (to that end, additional crack players who lent a hand to the record include bassists Bryan Beller, Philip Bynoe and Henrik Linder, keyboardist David Rosenthal and drummer Vinnie Colaiuta).

On December 2, Vai and company presented the song “Little Pretty.” The recording is a dark-toned fusion-funk workout played almost exclusively on a Gretsch hollow body guitar. As for what led Vai to the unusual (at least for him) model, he says, “It’s on the wall with all the other guitars, and I’d always just look at it and go, ‘One day I’m going to play you…’” He continues, “In writing the chord changes for the solo section, and the solo itself, I dug deep into my academic music theory mind to create a set of chord changes where the harmonic atmosphere shifted on every change. The dense chord structures required a series of synthetic modes to navigate. This approach is along the lines of jazz and fusion players, but I knew I did not want it to sound anything like that and the solo had to be totally melodic. The results were pretty powerful in that the entire solo section evokes melodic atmospheric changes that shift dramatically but work together well.”

In essence, it all comes down to finding your own voice, and then having the courage and conviction to follow your musical and creative instincts wherever they may take you – something Vai has never been shy about in his playing. “One of the great things about the guitar is you don’t need to be a virtuoso to express your creative vision,” he says. “I mean, Bob Dylan plays the guitar perfectly well for his expression. So does John McLaughlin. You just need to decide how much technique you want or need to get there. For myself, I came out of the chute wanting and needing it all. When it comes to my music, I don’t feel like I have to prove anything or conform to anything. I just love to think up creative ideas, and then use whatever skill I have to manifest them.

“An inviolate inspiration is one that comes to you completely pure,” Vai explains. “It appears almost in its completeness, and there’s a recognition of it as being right for you – perfectly right for you. There’s no excuses in it. There’s no fantasy in it. There’s just a recognition of ‘yes.’ And then you capture that in a way that’s authentic to your unique creativity. Hopefully, that’s what I’ve done with this record.”

Vai will begin an extensive tour of the U.S., with 54 scheduled appearances on January 27, 2022 at the House of Blues in Las Vegas. He will be joined by his long-tenured ensemble members Dave Weiner (guitar / keys), Philip Bynoe (bass), and Jeremy Colson (drums).  Steve shares, “A performer thrives on performing.  It’s been my life for the past 49 years, with the exception of the last two years, so we are chomping at the bit to get out there and play for people. A music concert has the ability to dissolve the many challenges we face, and celebrate one of the good things in life, live music.”