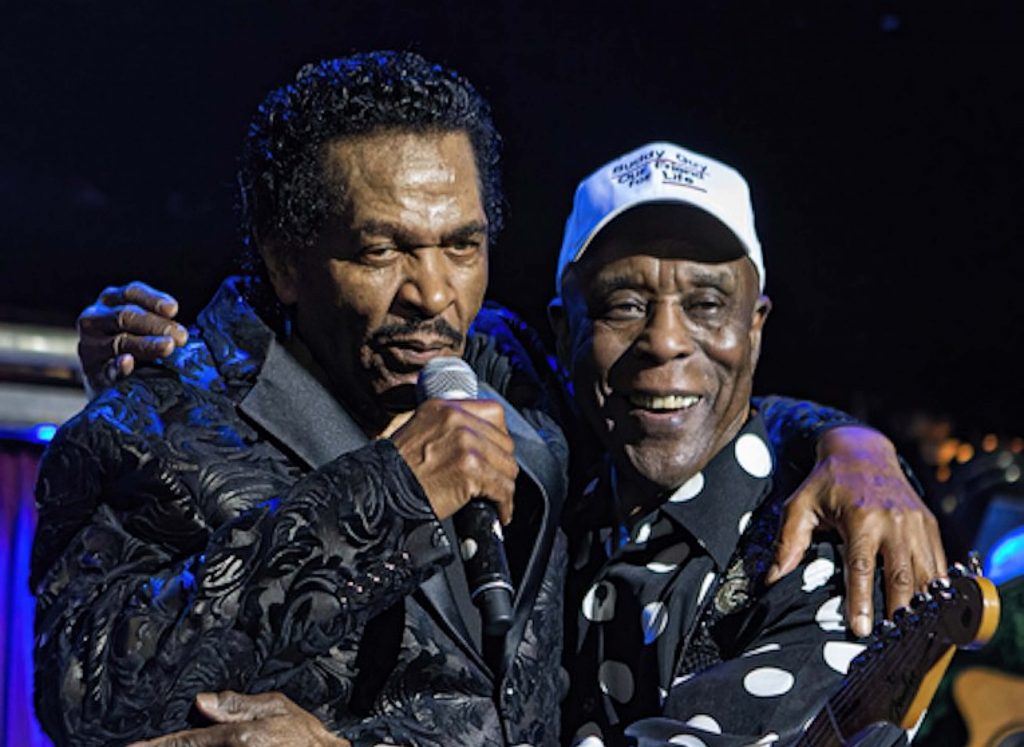 In 1971, Bobby Rush released the single “Chicken Heads” on Galaxy Records (later sold to Fantasy Records and Concord Music) and in the subsequent months it inched up the Billboard R&B chart, marking his first career hit. (The B-side was a track called “Mary Jane.”) 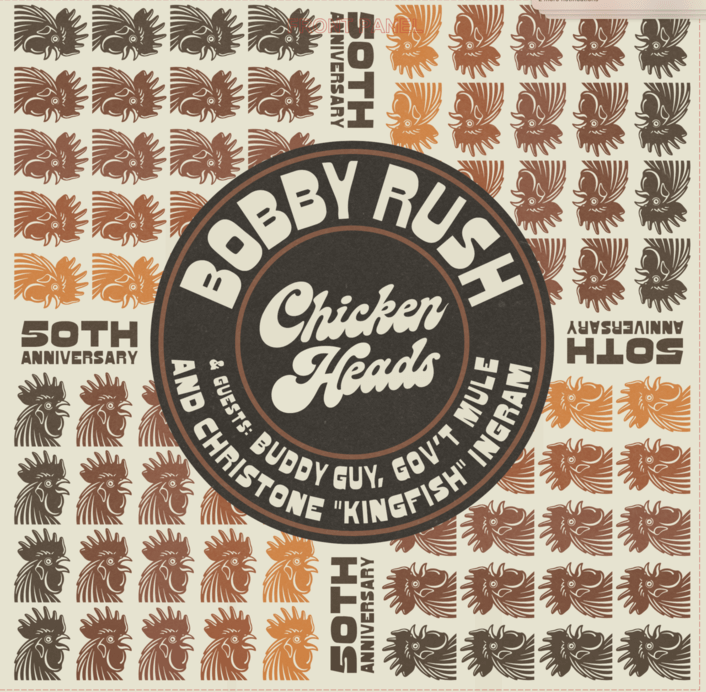 On its initial release, “Chicken Heads” topped the soul charts in Chicago and many other markets. Its laid-back, rhythm guitar-driven style stood in stark contrast to the sounds of the Dramatics, the Spinners, and Jerry Butler — all of whom were mainstays of soul radio at that time.

Over the years, “Chicken Heads” has been a staple of Rush’s live performance, whether with his full Southern soul band and two booty dancers or stripped down acoustic and solo, with Rush sharing the story of how the record deal came to be with the aid of his colleague, A&R man/producer/songwriter Calvin Carter.

The song has been utilized in film and television, leading to its second emergence on a Billboard chart as part of the soundtrack for Black Snake Moan, the 2006 release starring Samuel L. Jackson and Justin Timberlake. It also appeared in HBO’s Ballers (Dwayne “The Rock” Johnson), The Deuces on HBO2 (James Franco and Maggie Gyllenhaal), and several other shows. In 2015, “Chicken Heads,” “Mary Jane” and 72 other gems from the Bobby Rush catalog were packaged into a 50-year career retrospective box set (Blues Music Award- and Living Blues Award-winning) titled Chicken Heads: A 50-Year History of Bobby Rush, on Omnivore Recordings.

In the course of the last half century, Rush has established himself as a consummate entertainer, prolific songwriter, successful recording artist, mentor, independent artist, and businessman, leading to an induction in the Blues Hall of Fame, two Grammy® Awards among six nominations, 14 Blues Music Awards among 54 nominations, the Crossroads of American Music Awards presented by the Grammy Museum Mississippi, the keys to 14 U.S. cities, the first performance of a blues artist at the Great Wall of China (leading to the title from China “Ambassador of the Blues”), and hundreds of other awards and honors.

In 2021-22 Rush and his compilation co-producer (and longtime manager) Jeff DeLia embarked on a project that would honor the legacy of his breakthrough composition/recording. They sought to create four new versions from the artist himself and a group of his high-profile friends.

The result: “Chicken Heads” reimagined in the unique styles of iconic multi-Grammy® winner Buddy Guy, jam band Gov’t Mule (who feature Allman Bros. alum Warren Haynes), and rising blues star Christone “Kingfish” Ingram, with Rush featured on each track, plus Rush’s own new take made in Mississippi in the downhome Southern soul style that his band has been playing it in for these last several decades. The recordings were laid down in various studios across the U.S.: Gov’t Mule in Connecticut and L.A., produced by Gov’t Mule; Christone “Kingfish” at Royal Studios in Memphis, produced by Nick Goldston, engineered by Boo Mitchell (Grammy winning Engineer of “Uptown Funk”); and Buddy Guy in Nashville, produced by multi-Grammy winner Tom Hambridge.

It means a lot that Buddy loves a record so much that he would do this record for me, and love me so much that he’d do this record. He asked me how I liked it after he cut it, and that means a lot to me that he wanted to know. I want to thank Buddy Guy for all of the talks we’ve had lately. I thank him for his phone calls and great friendship that we have. I think in the future, with the little time we have left in this life, we are going to be doing a lot of things together and I appreciate that.

These are artists close to Rush’s heart: Buddy Guy has included a version of the song at his concerts for years and the two are dear friends. Gov’t Mule has long performed another Rush song in their shows. Rush and Warren Haynes got reacquainted at the B.B. King Tribute in early 2020, which sparked a new friendship. Christone “Kingfish” Ingram is a rising star, longtime friend and mentee of Bobby Rush, and, like his mentor, a resident of Mississippi. Kingfish has gone on record stating that Rush was one of his early influences.

Bobby Rush was born Emmett Ellis Jr. in Homer, La., on November 10, 1933. The son of a guitar- and harmonica-playing pastor father, he moved throughout the South before settling in Chicago in 1953. Backing the likes of Muddy Waters and Little Walter, he was soon making his own recordings for Checker, ABC, and Salem before “Chicken Heads” put him on the map. Since then, he has released 27 studio albums and countless singles on labels such as Jewel, Philadelphia International, & Warner Bros. After settling back in the South in Jackson, Miss. in the ’80s, he recorded for LaJam, Urgent, Malaco/Waldoxy and his own Deep Rush Records.