Ronnie Spector Dead at 78: She Broke Down the Glass Ceiling in Rock and Roll 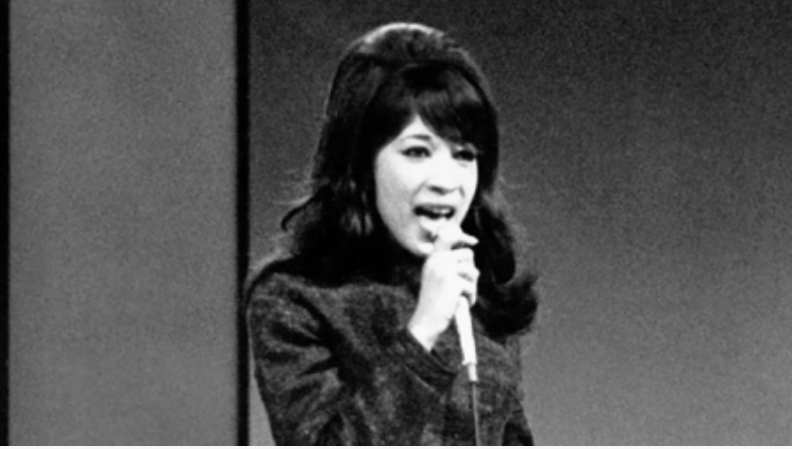 Ronnie Spector knew she had something special. “I did, I did, Don. As a matter of fact, we had one up on Elvis because the guys and girls were screaming over us,” she told me in 2012.

Ronnie Spector was the founder of the ’60s girl group The Ronettes, whose hits included “Be My Baby,” “Baby I Love You,” “The Best Part of Breaking Up,” “Walking in the Rain,” “Do I Love You,” “Is This What I Get for Loving You,” and “I Can Hear Music.”

She was the better half of a 1987 duet with Eddie Money on “Take Me Home Tonight;” a favorite performing sidekick for The Stones, The Beatles, Jimi Hendrix, and Bruce Springsteen; and the subject of songs by Billy Joel and the aforementioned Eddie Money.

She passed away on January 12th of cancer. She was 78.

Ronnie was 11 when she made her public debut playing amateur night at the Apollo Theater in Harlem in 1954. She was one of five or six acts playing to the toughest audience in show business where you could get booed off the stage in an instant.

“My parents gave me an ultimatum when I was 11. They said, ‘Ronnie, the teachers are calling and saying, ‘All you do is sing in class, and all the kids are enjoying it, but you can’t disrupt the class like this. What are we going to do?’

“So, my parents had a meeting with the teachers, and if I did the Apollo Theater amateur night and I went over well there then they wouldn’t scold me so much for not doing my homework and stuff, and that’s what I did. I went to the Apollo Theatre.

“I had a couple of backing singers, my cousins of course, and I went out there, and my cousin Ira was supposed to sing lead. He got out there. His mouth didn’t even – nothing came out. I grabbed the microphone, and I started singing. They went nuts. That’s when I knew I could make it in the whole world from that one spot at the Apollo when I was 11 years old.”

She impacted society’s acceptance of the role of women in popular music at a pivotal time in history, and did it through a hard-fought battle with her husband Phil Spector who produced all the Ronettes’ hits. When I interviewed her, the one stipulation was that I not bring up Phil who would later die in prison convicted of murder. She fought misogyny and racism on top of an abusive relationship with Phil. When I interviewed her, she was on oldies show and was enjoying the thrill of an appreciative audience again.

“I got to the audience, and it brought back that feeling, too, of I’m going to show you guys because a lot of people thought I was white. My father’s white, so they thought I was white, so it was a scary thing all the way around if you’re asking me. Oh, my God, they think I’m trying to pass, and oh, it was a mess. But I got over. That was the important thing.”

The Stones opened for the Ronettes on their second British tour in 1964. In his book Life, Keith says simply, “I fell in love with Ronnie… She was as shy as I was, so there wasn’t a lot of communication, but there sure was love.”

“I remember the Beatles so well,” Ronnie said in 2012. “The Ronettes went on The Beatles’ last tour. I didn’t go, but I remember the girls telling me they just want to play music, and all these girls screaming. They couldn’t hear their own selves sing or play guitar and drums. So, they gave it up because they really loved the music. It’s like me, I love the music, and if you can’t do what you love, what (are you doing it for?) That’s how I felt when I was in California. If I’m not on stage, why am I here?”

More than 60 years after first helping to break the glass ceiling by defining the sultry siren in the all-male rock and roll bastion, Ronnie Spector remained a role model for contemporary artists like the late Amy Winehouse.

I think of her now when I’m “Walking in The Rain.”

Eulogy Interview Obituary Ronnie Spector The Ronettes Tribute Walking in the Rain
Share. Facebook Twitter Pinterest LinkedIn Tumblr Email WhatsApp
Previous ArticleWorld Premiere Video: Tim Gartland Shines a Light on ‘The Thing About the Truth’
Next Article Light in the Attic and Angel Olsen Celebrate Karen Dalton with Cover of ‘Something on Your Mind’