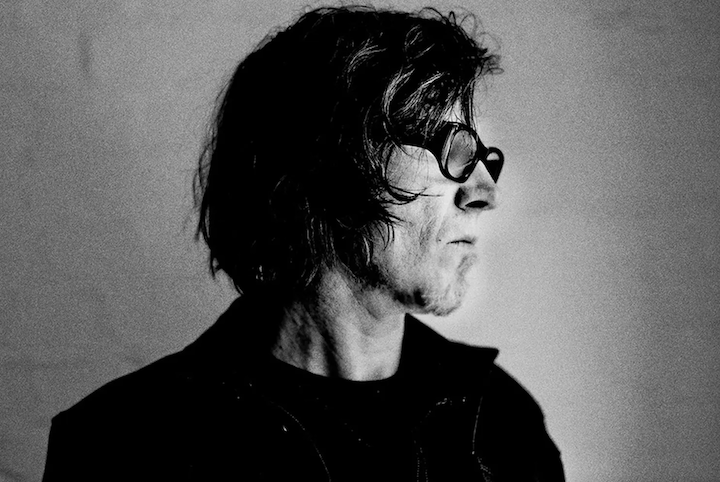 On Tuesday, February 22nd we learned of the passing of Mark Lanegan, the lead singer of the ‘90s rock band Screaming Trees. He died at his home in Killarney, Ireland, according to a statement. No cause of death was specified, but in a memoir released last year entitled Devil In A Coma, the singer explained in depth his severe case of coronavirus which left him hospitalized in a coma.

Screaming Trees’ biggest hit was “Nearly Lost You,” which was featured on the Singles soundtrack and earned them a platinum record. Soundgarden’s Chris Cornell co-produced their 1991 album, Uncle Anesthesia. Lanegan’s solo work found him collaborating with artists such as PJ Harvey and Guns N’ Roses’ Duff McKagan and Izzy Stradlin.

A writer and sepulchral voice like no other, Lanegan was a key figure in the Seattle grunge scene. During his concert last night, Pearl Jam’s Eddie Vedder spoke through sadness, “We felt good last night and excited to do it again,” he said to his audience. “Then I got here about 4 o’clock and all of a sudden my body started shaking a little bit. And I started to feel really terrible and I think it was because I was having an allergic reaction to sadness. Because we lost Mark Lanegan.”

Eddie continued, “A lot of really great musicians — some people know Seattle because of the musicians that have come out of the great Northwest. Some of those guys were one-of-a-kind singers and Mark was certainly that. Such a strong voice. It’s hard to come to terms, at least at this point. He’s gonna be deeply missed and at least we will always have his voice to listen to and his words and his books to read — he wrote two incredible books in the last two years. So, just wanted to process it and put it out there and let his wife and loved ones know that people in his old stomping grounds are thinking about him, and love him and miss him.”

Vocalist Mark Lanegan, guitarist Gary Lee Conner, bass player Van Conner, and drummer Mark Pickerel formed the Screaming Trees in Ellenburg, Washington in 1984. Drummer Barrett Martin replaced Pickerel by the time the band reached its zenith. As part of his tribute, Barrett wrote, “After almost two decades going around the world in the Screaming Trees, we all became brothers in a way that is different from any other kind of brother. Mark was full of contradictions to be sure, but how else could he be, when he was destined to sing the blues?

“Only those who understand the darkness of humanity can also sing about its light, and Mark could sing both sides, superbly. Because of that contradiction, we understood Mark in a way that only a literal band of brothers can understand, because we saw it all, firsthand, together, in those decades on the road and in the studio. Mark had a voice for the ages, truly one of the great American vocalists of all time. Critics often claimed that his voice came from whiskey drinking, but Mark sang like that when he was young and sober, an ancient voice planted inside a young man’s body. By the way, we never saw Mark touch a drop of whiskey – gin & tonic was his preferred drink, and a lot of cigarettes.”

Lanegan’s 2020 memoir, Sing Backwards and Weep, detailed band quarrels as the result of his longtime drug addiction. The memoir also recounts the drug-related deaths of his close friends Kurt Cobain, Jeffrey Lee Pierce, and Layne Staley. Barrett included in his tribute, “We often joked after the band broke up in June of 2000 that we could finally be friends, now that we weren’t in a band anymore.”

In addition to his later solo works, Lanegan provided guest vocals to three Queens of the Stone Age albums, and also recorded an EP with Belle and Sebastian’s Isobel Campbell. He and Queens of the Stone Age frontman Josh Homme contributed to the the theme song for Anthony Bourdain’s Parts Unknown – Bourdain being one of the many friends he lost to suicide.

“Mark Lanegan will always be etched in my heart – as he surely touched so many with his genuine self, no matter the cost, true to the end,” said John Cale of the Velvet Underground.

Lanegan is survived by his wife Shelley Brien.