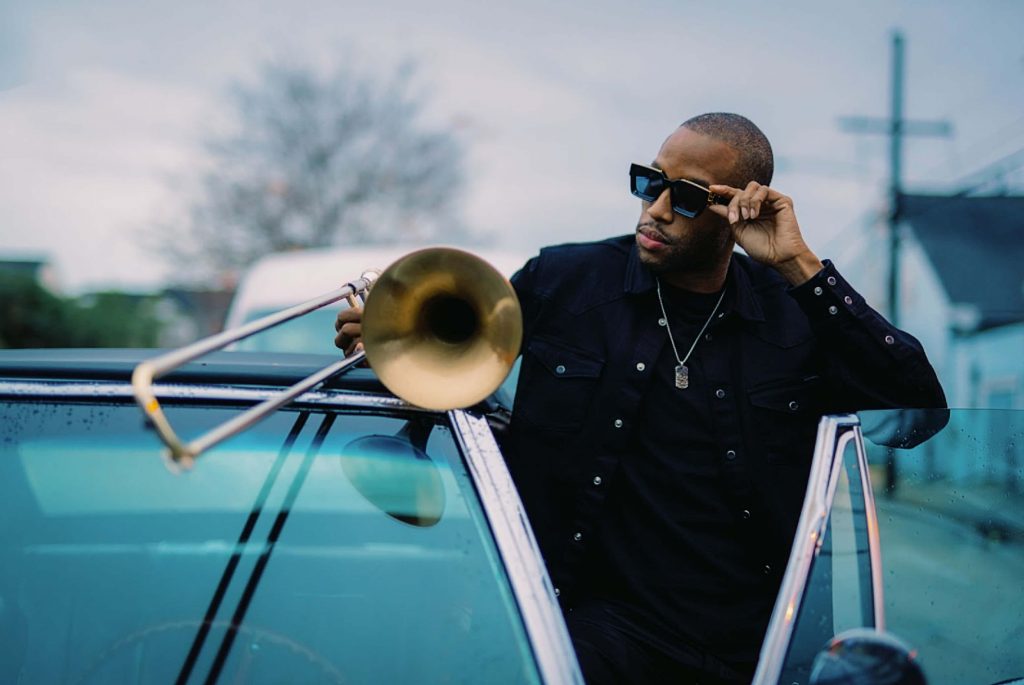 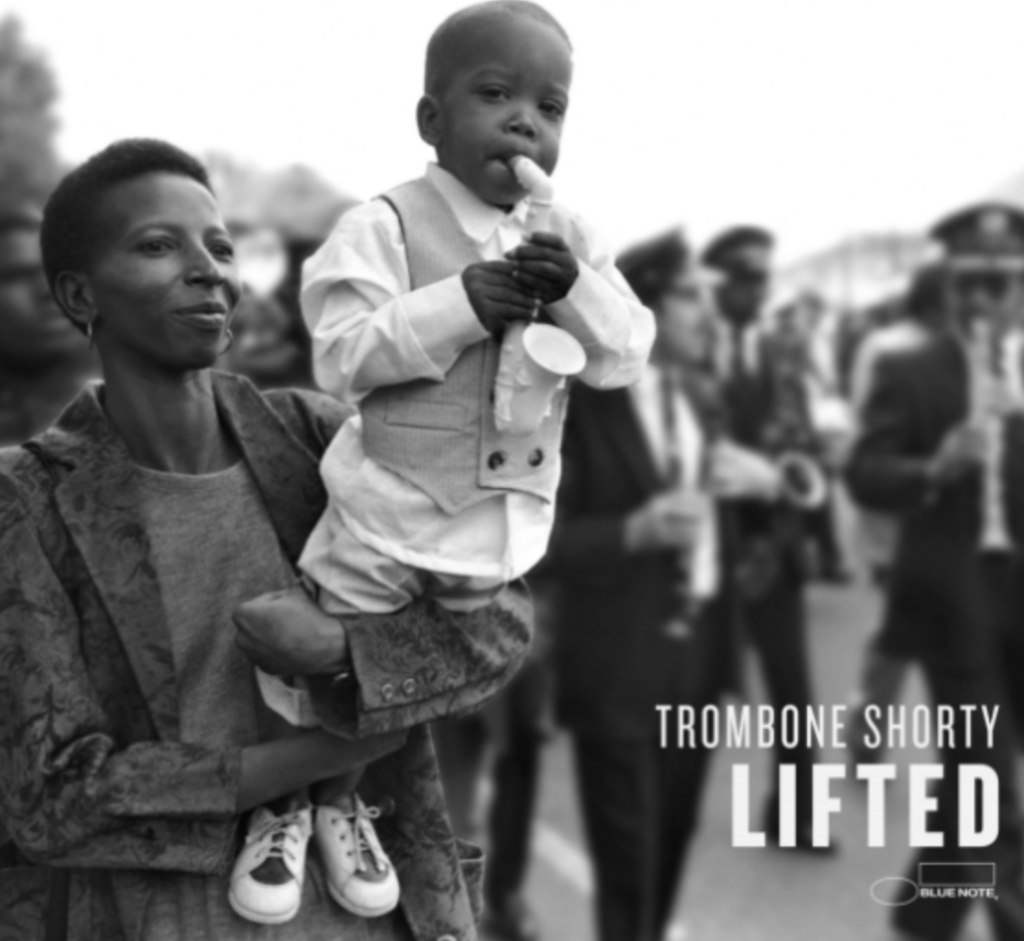 The Lifted album title and cover photo references the relationship Trombone Shorty had with his mother, Lois Nelson Andrews. In dedicating the album to her memory he says, “She passed recently, but she continued to inspire me right up until she transitioned, and that’s why I put a picture of her holding me up at a second line on the cover of this album. She lifted me up my whole life.”

Shorty continues, “I think Lifted is the closest we’ve ever gotten to bottling up the live show and putting it on a record. This time around I told everybody to really cut loose, to perform like they were onstage at a festival.”

He speaks from experience: Shorty’s live performances have taken him to six continents, the GRAMMY Awards telecast, the White House (multiple times), and major tours with everyone from the Red Hot Chili Peppers to the Rolling Stones. This May he will perform at the New Orleans Jazz & Heritage Festival, where he’s taken over the fest’s hallowed final set; during Mardi Gras he will ride on his own float leading the Krewe of Freret parade and perform at the after-party gala dubbed “Shorty Gras.” Shorty will also bring his once-in-a-lifetime Voodoo Threaxdown tour featuring Big Freedia, Tank & the Bangas, George Porter and Dumpstaphunk across the U.S. this summer.

Lifted pulses with performances from an artist and band operating at the peak of their powers. The effervescent “What It Takes” gets profoundly funky as it celebrates the strength and growth that can emerge from times of struggle, while the bittersweet “Forgiveness” leans into the band’s R&B influences as it works to move on from pain and betrayal. The blistering “I’m Standing Here” (which features a mind bending guitar solo from Gary Clark Jr.) rushes headlong into the maelstrom.

The run-up to Lifted kicks off with “Come Back,” an infectious lovelorn plea over a hip-hop beat with hard rock energy. Though it’s a reckoning with loss and regret, “Come Back”—like much of the album—conveys a staunch resilience.

Trombone Shorty (born Troy Andrews) is a native of New Orleans’ Tremé neighborhood and got his start earlier than most, performing at Jazz Fest with Bo Diddley at age four and leading his own brass band at six. Since 2010, he’s released four chart-topping studio albums; collaborated across genres with Pharrell, Bruno Mars, Mark Ronson, Foo Fighters, ZHU, Zac Brown, Normani, Ringo Star and countless others; played Coachella, Bonnaroo, Lollapalooza, Newport Folk, Newport Jazz, and nearly every other major festival; appeared on dozens of tv shows, and at the star-studded Sesame Street Gala, where he was honored with his own muppet. The New York Times has called him an “unstoppable force,” who recently made a cameo on The Simpsons, was profiled by Vanity Fair in 2021 and has been featured in campaigns for Crown Royal and Folgers.