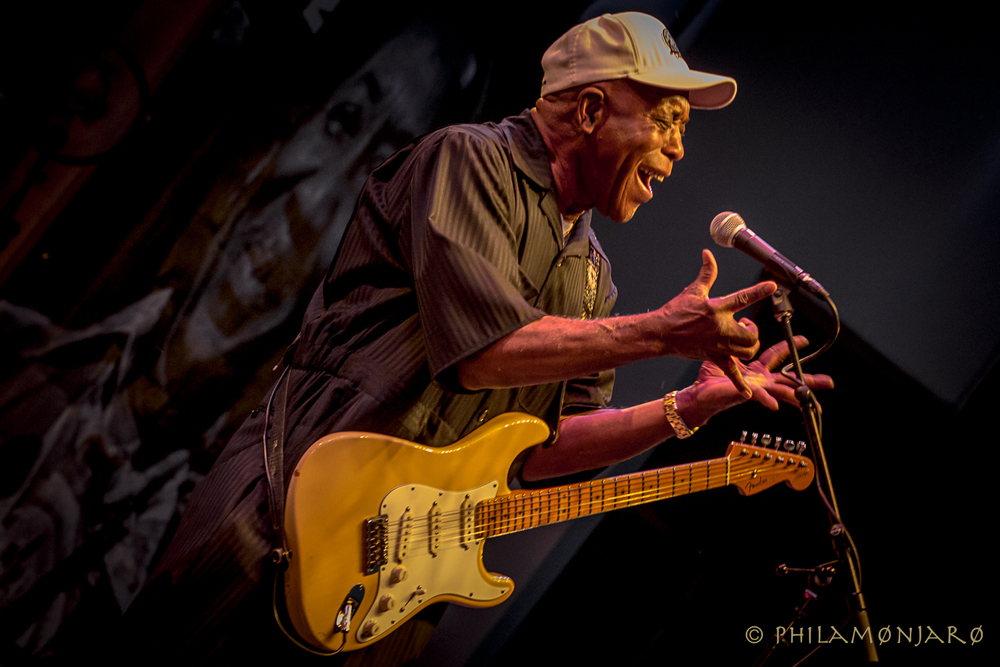 An upcoming documentary about blues phenom Buddy Guy, The Torch, will highlight his remarkable career and his role as mentor to younger generations of musicians. The film will open in select theaters on March 18th. Director Jim Farrell told Rolling Stone that The Torch was inspired by a pact Guy made with one of his own mentors, Muddy Waters: “Last man standing, don’t let the blues die.”

The Torch indeed delves into his biography and his fruitful mentoring relationships with Quinn Sullivan and Christone “Kingfish” Ingram, as Muddy and Howlin’ Wolf had with him. “Our aim in The Torch was to showcase Buddy’s brilliance and collaborative generosity onstage, while also achieving a fly on the wall intimacy for those backstage moments where he shares his vast life experiences,” Farrell continued.

Quinn Sullivan first played guitar on stage with Buddy at age seven. “He never told Quinn what to play or how to play it. He simply shared his stage and audience and gave Quinn enough leash to figure it out on his own. A lot of artists promote the younger generation, and Buddy has done it with other artists, but I’d never heard of anyone doing it to this level. He brought Quinn around the world for more than 10 years and put him on some of the biggest stages, without any expectation of payback.”

In an interview with Sullivan, he told ABS:

Buddy taught me to give 110% of everything you have on stage every night. He never said those words to me, but just playing with him for years, that just became apparent, and I’ve seen him do that every night. There were nights when he may not have been feeling well. He was tired or whatever that was, but when he hit the stage, all that goes away.

And he just turns into Buddy Guy, the showman, and the guitar player everybody loves. And yeah, that’s sort of what rubbed off on me, and every time I go on stage, I think about that, you know? And it’s just something I hold close to me. So, I think you just want to give it the best you’ve got every time.

Also appearing on the The Torch is “The Long, Hard Road,” which came to be after Farrell asked producer Tom Hambridge if Buddy could create a song that “captures the spirit of their relationship” as well as the lessons he imparts. A snippet can be heard in the trailer below.