Blending Traditional and Modern GeminiiDragon is ‘Fighting Fire With Fire’

'Fighting Fire With Fire,' the debut album from GeminiiDragon, was released on March 18 via Nepotism Recordings 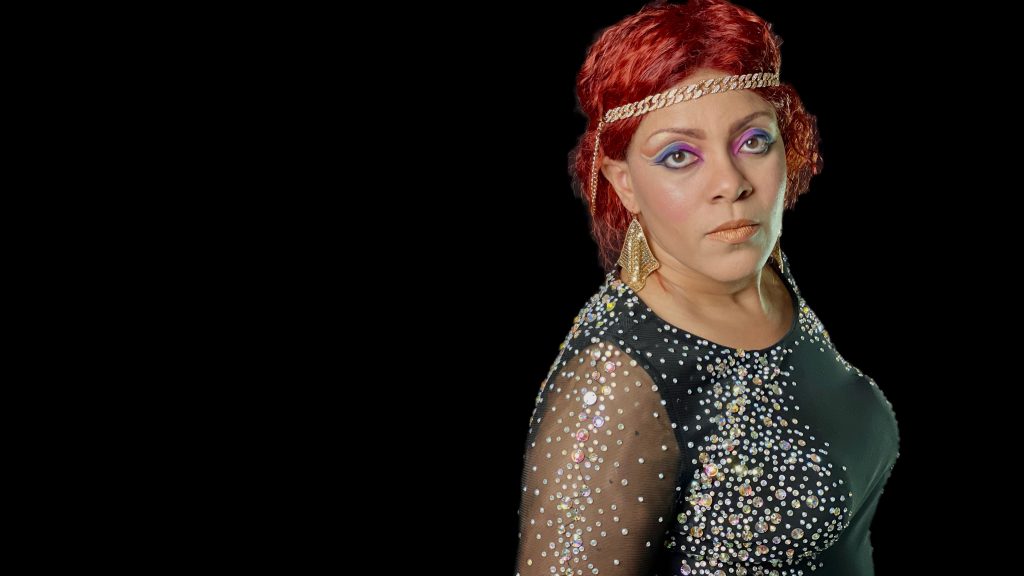 Jessica Harper, better known in music circles as GeminiiDragon, is a scorching vocal talent from the murky bayou country of Louisiana. She hails from Thibodaux, along the banks of Bayou Lafourche. Thibodaux is a vibrant community and sister city to Houma, Louisiana, home of Swamp Blues icon Tab Benoit. With a dynamic, deep growl of a voice, GeminiiDragon has released her debut album, Fighting Fire With Fire, via Nepotism Recordings.

She’s been influenced by artists ranging from Koko Taylor, Nina Simone and Janis Joplin to Albert King, ZZ Top, Jimi Hendrix and Fleetwood Mac (She is a vocalist but loves her some guitar players). GeminiiDragon took those influences, and with the help of songwriting partner and guitarist Christian Simeon, created music that’s best described as blues on steroids.

Produced by The HATERZ and recorded at Beatrice Studios in Shreveport, Fighting Fire With Fire kicks off with the funky, rocking title track. It begins with the bass line, laid down by Danny Woolen on bass and Kash Carlsson on drums. Simeon’s screaming guitar comes in just before the grunting vocals of the lady herself. For a full minute the tension rises before GeminiiDragon’s vocals even out into a powerhouse delivery. Her voice beautifully fluctuates from lows to yipping highs in an onslaught that has the listener’s attention straight away.

It’s a rocking song that I have fun performing. It’s a story that I believe people will relate and connect to while they’re rocking. No one’s perfect, and we all reach a point where something just clicks. We decide then and there that we’re not gonna take, or deal with, or be a part of any more crap.

“Just the Way it Is” is another rocker with a feeling of badassery surrounding it. She even breaks into a female equivalent of “awhooo, hah hah hah” that sounds like ZZ Top meets John Lee Hooker, if they were both girl bands. It’s a nice twist that one doesn’t expect, but is happy when it does.

The third track is “Huh Huh Huh,” and that’s exactly how it starts out. It has the mesmerizing quality of Bentonia Blues, electrified and dipped in swamp water. The grungy guitar work is a nice backdrop to the chain gang rhythm, and GeminiiDragon’s vocals are creatively recreated so that she harmonizes with herself.

The intention of this album is to bring energy and fire back to the blues genre. It gets you movin’, gets you rockin’ but it’s still telling a great story. We’re using a lot of strong wordplay, so you’re able to see the story as well as hear it. My recommendation is if you need to get pumped up for whatever comes next, whatever that may be, press play on “Huh Huh Huh,” and don’t let nobody tell you nothin’.

Halfway through the album we’re treated to “Woman Scorned,” the most authentic blues track on the record. This one has the late, great Koko Taylor written all over it, and you feel yourself in a sweaty, after hours juke, where there’s not even ice for the whiskey. Although it’s called “Woman Scorned,” it’s all about the fury of hell unleashed. The call and response are reminiscent of Muddy Waters but this one’s all about the ladies.

“Blacktop Good Man” has a miles-deep, moaning vibe that one can’t help but tap a foot to. A little bit Gospel, a little bit rock and roll, a little bit soul, the lyrical wordplay is prevalent and exciting. At first listen it may not sound like a love song, but it most definitely is. Next up is “Crippled by Insanity (Swing Low).” A reflective song, it reminds us that we all have times when we’re feeling low, and that’s ok.

Rock N Roll meets Second Line on “Gotta Make You Wonder.” It’s The Meters and Better Than Ezra in a Bourbon Street alley. With a solid blues-rock foundation, the song has that same energy and fire that’s consistent throughout the entire album. The rapid fire vocals tear through the music behind them like a hot knife through butter. Everyone will see a bit of themselves in this one.

Fighting Fire With Fire concludes with the song “Badder Than Eva.” After a bit of he say/she say from the band in the beginning, “Badder Than Eva,” proceeds to tell GeminiiDragon’s story – kind of. Sonically, there’s a bit of tent revival flavor, while the storytelling is personal, yet understandable by anyone who listens. It will for sure make the listener push play from the beginning.

Is it blues rock? Is it soul blues? It’s both and more. On Fighting Fire With Fire, GeminiiDragon has taken genre bending to another level. Mixing traditional and contemporary sounds she is putting the blues world on notice that there’s a new sheriff in town, wearing a badge and heels.