Rise Up with Doug MacLeod on ‘A Soul to Claim’

"Before every show I do the thing Luther Allison did: 'Leave your ego, play the music, and love the people.' And that’s it." Regardless of whether the topic is a walk in clover or political hypocrisy unveiled, Doug MacLeod salves the wounds and offers therapy in a world that screams for deliverance. 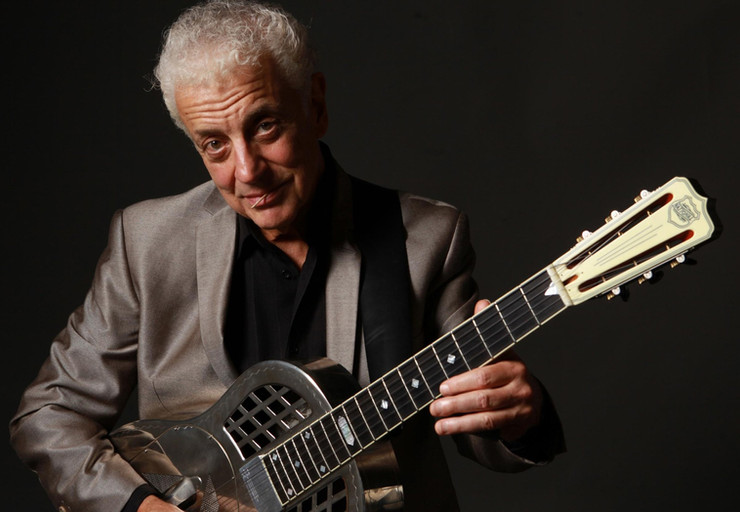 Doug MacLeod is real, the product of a life filled with humor, a touch of horror, and pathos we can all identify with. His new album A Soul to Claim addresses a plethora of emotions, a genuine heartfelt journey and a reflection of the times we’re living in.

“I don’t call on my muse at all. She knocks on the door and says this is it. Wake up. I’m gonna wake you up when I damn feel like.”

And when is the most inopportune time that’s ever happened to him?

Produced by veteran Jim Gaines (Albert Cummings, Stevie Ray Vaughan, Santana) in two days at the height of the pandemic, Doug MacLeod’s A Soul To Claim features 12 original songs on acoustic guitar with an intensity so pervasive you can almost feel your fingers bleed.

The title song is about leaving the hitchhiking devil out in the rain. “Where Are You” is about our forgotten veterans. “There Is Always Love” was inspired by Doug’s son’s miraculous recovery from stage four cancer. “Dubb’s Talking Disappointment Blues” is a hilarious one-night stand that seems to be too good to be true. And it is!

Even when the subject is serious, Doug always has a wink. And regardless of whether the topic is a walk in clover like “Be What You Is,” or therapy for deep wounds like the political hypocrisy unveiled in “Dodge City,” he salves the wounds and offers therapy in a world that screams for deliverance.

“The slaves created this music. A lot of them could not read or write, and somehow, they could figure out how to send a message of hope and overcome adversity. I always saw that in blues. I’m kind of amazed a lot of people don’t. There’s so much hope in this music. You couldn’t fake it.

“So, to me, you talk about abuse and everything, but what are you gonna do?  Are you gonna give up and say, ‘Well, I guess I can’t do anything now. I guess I’m messed up for the rest of my life.’

“You say, ‘Yes, I got a bad deal there. What can I do now? That’s what blues has always been to me, and I think that’s why I’m able to be alive talking to you today because of this.”

The most uplifting song on the album is “There Is Always Love,” written from the perspective of a father who came within inches of losing his son to the horror of cancer. I asked Doug how his miraculous recovery changed his life, his son Jessie’s life, and their relationship as father and son. There was a long pause before he answered.

“This is weird if you can understand this. Not that much because what we had and still have is something we’ve had ever since he was a little guy. (Jessie is 38.) We have always been close. If anything – boy, that’s a powerful question. I’m trying to be as honest as I can be with it. I don’t want to sound like it hasn’t affected us because it has. It was the roughest two years of our life, mine and Jessie’s, but somehow like in that song ‘There Is Always Love,’ love is what brings people together and gives them the strength to overcome adversity. Maybe that’s how it affects all of us. At least by that I mean my family.”

I told him he was a lucky man.

“You’re not kidding. I’m thankful every day. Every day I thank the man upstairs that Jesse is still here with us.”

Memphis and the Mississippi

A Soul to Claim is Doug’s first album since moving to Memphis from L.A. What does he get out of Memphis that he didn’t get out of California?

“We live close to the Mississippi. When you walk along the Mississippi River, you can’t help but feel something…the history of this place, all the music that’s come out of this place. There is a grit to this city. There is a grit to this city that tells you that, yeah, that’s why this music was born here. There’s something about that that I wasn’t getting in Los Angeles.

“Here’s the thing. In the late ’70s and ‘80s and early ‘90s there was a fabulous blues scene in L.A. I mean you look who was there. I can name them all: Big Joe Turner, Lowell Fulson, George Harmonica Smith, Pee Wee Crayton. Big Mama Thornton, Cleanhead Vincent. I must have missed someone somewhere, but it was huge. We were playing music all the time, and it was blues, and it was real blues. We’d be down at Smokey Wilson’s club in 88thand Vermont and Shakey Jake’s club at 54th and Vermont. Guys sitting in and playing music, everything. It was wonderful. When those guys passed away it couldn’t help but change. Know what I mean?”

“Yes. It’s living. You can feel it. Now, the Pacific Ocean is beautiful, but it’s not the same to a blues musician or a roots musician. I don’t know if the Pacific Ocean could be the same as this. I don’t know how to say it. There’s something here. You know it’s there. That’s why this album was so influenced by Memphis, so influenced by being there.

There was one song Doug presented to producer Jim Gaines where he said, “Nope! (Laugh) It was a rag. It was a rag. I thought it was cool that I was doing all this Piedmont picking and I said, ‘Jesus, man. This sounds pretty good.’ Yeah, yeah. I go down, and it only took about 14 bars, and Jim said ‘Nope!’

“He didn’t want to get in the way of any of the songs. He and I talked together when we first met, and he asked me, ‘What’s the most important thing to you?’ And I said, the message of the song. And he said, ‘Me, too. Let’s see what we can do,’ and that’s what it was about.

“Now, Jim doesn’t record like an audiophile guy. He doesn’t record that way. He records like Jim Gaines, but isn’t it something that you can hear me sliding across that chair when I’m playing that song. Now, the audiophiles love that. It’s like you’re right there.”

Doug played with Dave Smith, Rick Steff and Steve Pots, and he’d never met them before.

“Jim would not do it unless it was with those three guys. We had to wait until those three guys were available. Jim had told me, ‘Play a song for them. Sing it, play it, and they will (read) their charts.’ And I did. I sang it for them, and they said ok. And I’ll tell ya. We started the tape or whatever it is, and they just did it. They just played it. I think it’s because they understand the language, the feeling, the musical language that’s not with words. It’s a language of feeling.”

Doug’s dedication to his art

I asked Doug if he thought the pandemic had given him an appreciation for what does that makes his show better? “Yes and no. The no is that I’m always, always, every show 100%, nothing less, nothing less. Before every show I do the thing Luther Allison did: ‘Leave your ego, play the music, and love the people.’ And that’s it. So, the pandemic is no, no, no. I was taught by the old blues guys. It doesn’t matter. The most important thing is that you give 100 percent. That’s it. No matter what you’re dealing with. I never want the audience to feel they got short-changed. Never! They paid their money and I want them to feel ‘I got no change coming from that one.’”

“It’s not how many notes; it’s the right notes. How do you know the right notes? It’s the ones you’re feeling and hearing. Not what you think the audience wants to hear, but what’s coming out of you. Trust that! Trust that! Don’t take a lot of time to say it. Say it in the shortest amount of time. Then it has more power, doesn’t it? It’s the power of poetry. They say a whole bunch of stuff with stanza. To me that’s what I like. That’s what musicians do.’”

Doug almost always has a toothpick hanging from his mouth. It helps him not to smoke. I told him the next time we see each other he needs to give me one of his toothpicks.

“(Laugh) Oh, I’ll give you a new one. How does that sound? You know there are lot of affects from the pandemic. I couldn’t do my toothpicks anymore. I couldn’t use the toothpicks because of the damn masks.”