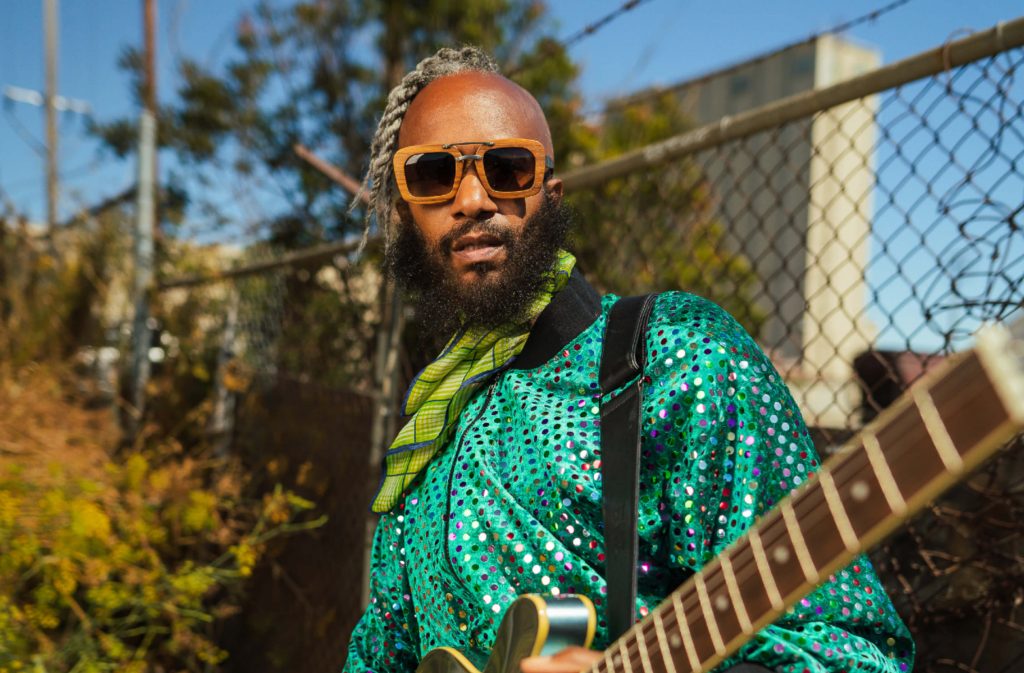 Fantastic Negrito (neé Xavier Dphrepaulezz) reveals “Trudoo,” the “chase scene” in the movie that is his forthcoming visual album White Jesus Black Problems, out June 3 via Storefront Records. On the third single from his multi-media project, the three-time Grammy-winning singer, songwriter, and activist finds himself reflecting on the part of the human mind and spirit that wants to survive in spite of everything. White Jesus Black Problems is based on the true story of Negrito’s seventh-generation white Scottish grandmother (Grandma Gallamore), an indentured servant, living in a common-law marriage with his seventh-generation African American enslaved grandfather (Grandfather Courage); in open defiance of the racist, separatist, laws of 1750s colonial Virginia.

“Trudoo” is a song of celebration. It’s about being cheered on by the voices of your ancestors and loved ones in your mind. Negrito is deeply linked to his seventh-gen grandparents, despite the apparent distance and time that separates them; their voices still aid him from succumbing to the negative forces in this world telling him to give up or let himself down. “Trudoo” is also a song about freedom and escape, so it is only fitting that it draws from a variety of musical spaces to create one wildly unique, inimitable sound.

From the high energy of the James Brown-esque funk guitar to the bright electronic percussion, and finally, Negrito’s rapid-fire, bluegrass-influenced vocals, each of these components meld together to create the ultimate celebration of American sound and identity; which is only further solidified in the track’s chorus group vocals—providing a sense of togetherness. The collective thoughts and strength of Negritio’s ancestors are his north star, guiding him along the way.

Fantastic Negrito on “Trudoo”: “That song felt like a celebration. We’re going to make it! I wanted it to feel upbeat, fun, unique, different, all while still telling this story of yearning and desire and determination. Right after desire comes the determination, the determination to be free and chart one’s own destiny. One of the most beautiful and sacred parts of being a human being is achieving that freedom that seems so out of reach.”

May 27 – BottleRock Festival in Napa, CA

June 14 – Aladdin Theatre in Portland, OR