For Zito and Castiglia, it's still all about the blues! 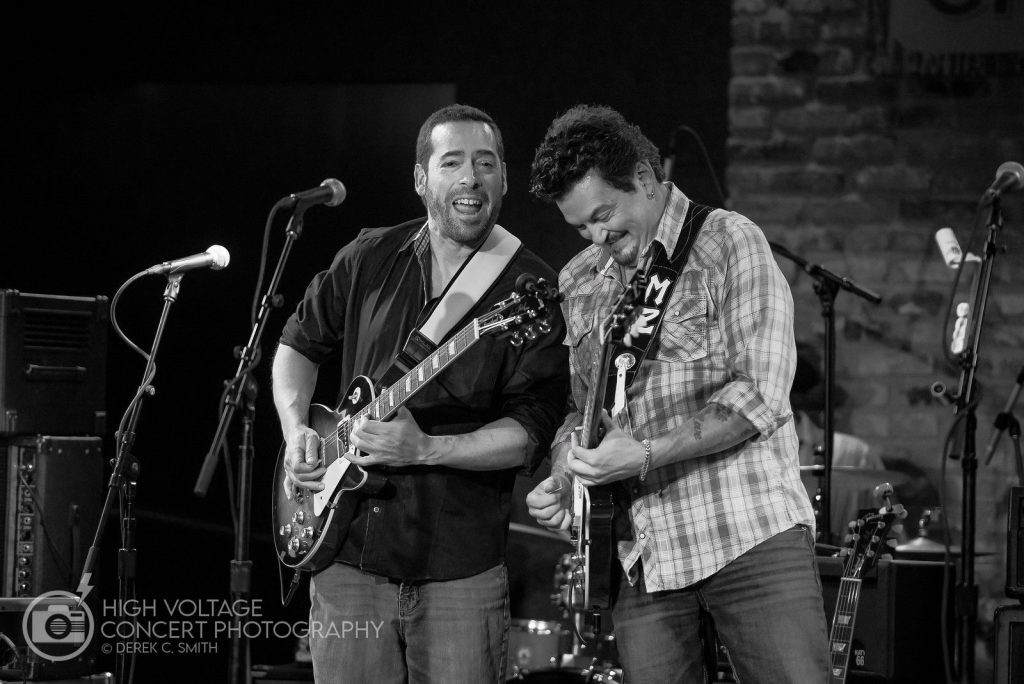 Elwood Blues was wrong.  It’s 2022 and you can still hear master bluesmen practicing their craft in places other than the classical records department of your local public library.  Such was the case recently at Chicago’s City Winery when Mike Zito and Albert Castiglia teamed-up for a scorching performance in the home of the electric blues.

Supporting their respective new releases, Zito’s double live album, Blues For The Southside (released Feb. 18) and Castiglia’s I Got Love (released March 25), the show featured separate sets from each band, culminating in a final set with both bands on stage together.

The night, which featured such songs as “Take My Name Out of Your Mouth” from Castiglia’s latest album and “Let the Big Dog Eat” from his 2016 release Big Dog; “Back Problems” and “Wasted Time” from Zito’s latest live album; as well as versions of “Dirty Mother Fuyer,” “Presence of the Lord” and “Trouble No More” was nothing short of amazing. With each note, Zito and Castiglia’s guitars seemingly dripped with the passion, honesty and truth that are hallmarks of the blues, yet never once did they allow their blistering virtuosity to overshadow the song itself.  For them, it is still all about the blues.

The other highlight of the evening had nothing to do with the notes they played or the songs they sang; it was the sheer enjoyment they had in playing together. Perhaps that is why they so appropriately labeled their tour Blood Brothers. Regardless of the reason, this is what live music is all about: pure joy.

You do not want to miss this show.  For upcoming tour dates, check out their websites https://www.mikezito.com and https://www.albertcastiglia.net/shows.