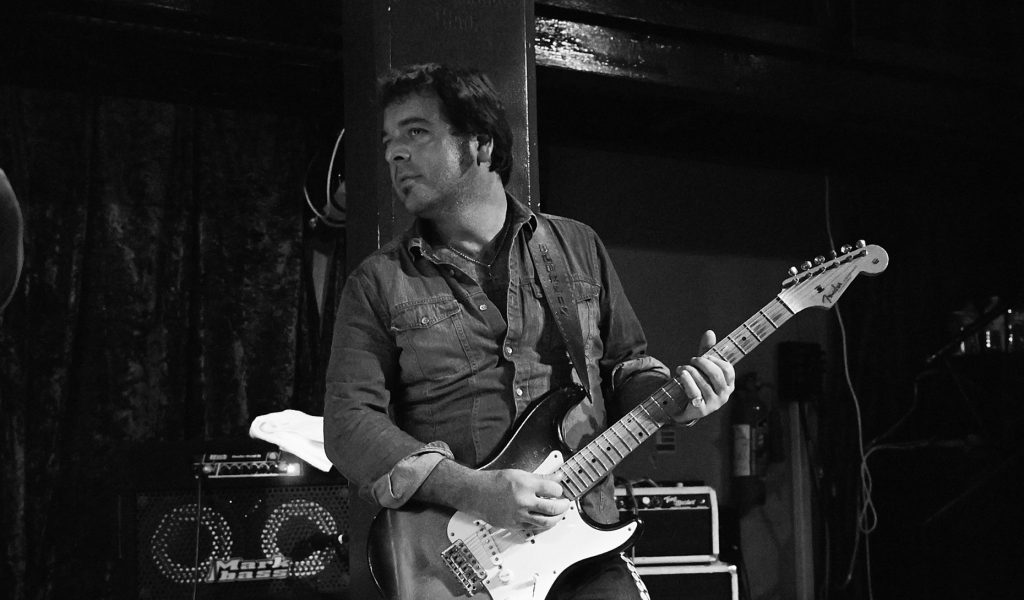 Medication Time, the highly-awaited album from longtime British Blues-Americana guitarist/singer/songwriter Todd Sharpville, explores a period of his life 16 years ago where the stress of a child contact battle during a messy breakup resulted in a total breakdown and a two-month stay in a mental hospital in West Wales. The album is being released May 20th on the DixieFrog label and distributed in the US by Redeye Distribution, with European distribution by Proper Music.

Speaking of his experience in a mental institution, Todd explains the circumstances that led him there:

I wasn’t emotionally prepared for the sudden separation from my children that came with the divorce. Up until then I was somewhat of a control freak, so the realization that control is but an illusion never really dawned on me until I found myself floored by reactive depression, suicidal, and sectioned within a state-run facility.

Men rarely discuss these kinds of emotions with one another, so they can often surprise the hell out of us and prove to be too overwhelming to cope with. Being a musician, I was lucky that I was able to fit the practicalities of my working life around my predicament. I also have some amazing friends. I managed to get back on my feet. Many people don’t have these luxuries. Many fall by the wayside and never get back up again.

Spanning 12 blues/rock-fueled tracks (consisting of nine originals and three covers), Medication Time examines and expresses many of the emotions that led to the breakdown, the hospital stay, and the slow climb back to figurative normality. The album was recorded at West Lake Recording in Greenwich, Rhode Island, produced by two-time Grammy nominee and multi Blues Music Award-winner Duke Robillard and features two duets: one with Detroit guitarist/singer Larry McCray; the other with multi-BMA winner Sugar Ray Norcia.

Sharpville has been at the vanguard of the British Blues Scene for 30 years. His first album, Touch Of Your Love was released in 1992 on Red Lightnin’ Records, winning “Best Album” and “Best Guitarist” in the British Blues Awards, marking the beginning of an international career that’s seen Todd and his band perform at the vast majority of blues venues and festivals across the globe.

Originally turned onto the blues as a child thanks to the music of Freddie King, Todd’s burgeoning guitar style ended up being further inspired by the likes of T Bone Walker, BB King, Buddy Guy, Hubert Sumlin, Eric Clapton, Lightnin’ Hopkins, Albert King, Otis Rush, Peter Green and Magic Sam, among others. He was mentored through his teens by Californian bluesman Joe Louis Walker, changing his life forever.

The first single is the duet with McCray entitled “Brothers (From Another Mother),” released today. Larry has been a close friend of Todd’s for over 30 years.

On their relationship, Todd says:

Larry called me most days when I was in hospital. He didn’t always know quite what to say, but simply did his best to give me brotherly advice and remind me that I was loved. Fast forward all these years later, and Larry and I have shouldered each other through so many more of each other’s trials & tribulations. Addiction recovery, divorce, financial strife, grief, cancer, you name it!

Larry was an integral part of my Medication Time story, so I wanted to write a song that aptly documented a brotherly friendship of thirty five years that exists regardless of the physical contrasts of race, nationality and background. To quote BB King, ‘…we are our brother’s keeper. Red, white, black, brown or yellow, rich or poor, we all have the blues.’