The fathers of funk brought it on such a special night! 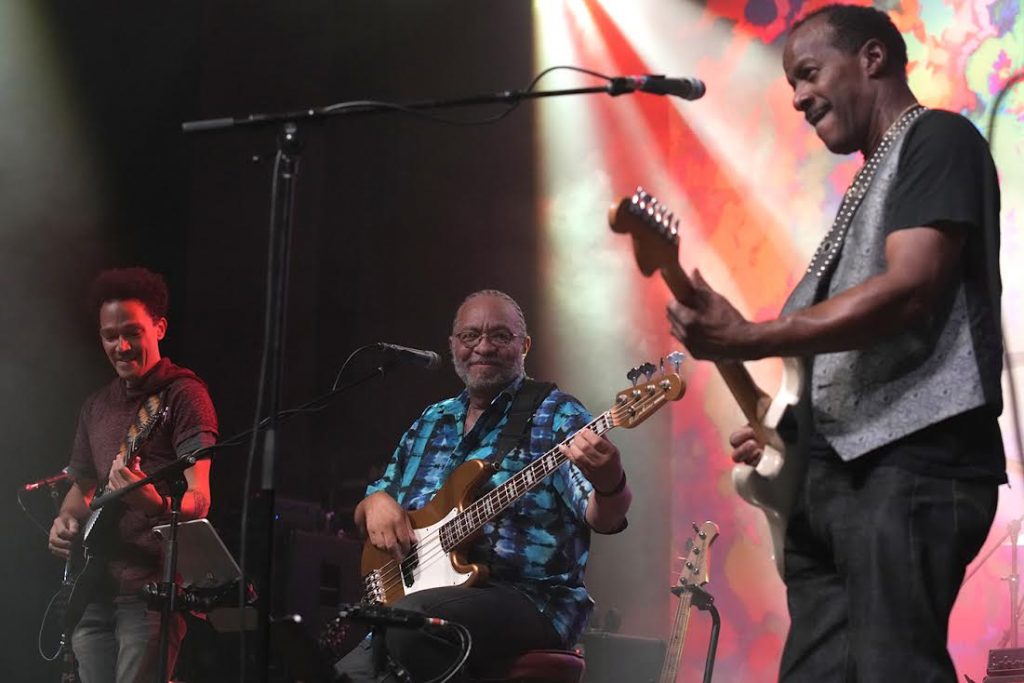 Ivan Neville’s Dumpstaphunk unleashed a jam that won’t be forgotten anytime soon with a night of tribute to the one and only Meters.

The Meters were formed in New Orleans about 1965 with George Porter Jr. on bass, Leo Nocentelli on guitar, Joseph “Ziggy” Modeliste, also known as Zigaboo, on drums, and the late Art Neville on keyboards. To most, The Meters are the pioneers or originators of funk, and has been influential to so many other bands. The NOLA band would later bring in Cyril Neville for percussion/vocals, adding yet another dynamic sound to this already powerful band.

The Rebirth Brass Band started things off, warming up the crowd with their traditional style New Orleans sound, this is where most of the folks started to warm themselves up by swaying to the music and dancing to the high energy blast of the brass instruments on stage. PBS, the next act on the card featuring a power trio of three NOLA legends – George Porter Jr. (bass), Brian Stoltz, (guitar), and Russel Batiste Jr. (drums) –  kept things going with their funky beat that had the guys laughing and really enjoying themselves throughout the set. I don’t think these three stopped smiling for the entire set. The crowd let them know how appreciated they were with a long ovation of cheers. Just over two and a half hours of music, and final act Dumpstaphunk took the stage.

Dumpstaphunk, another New Orleans funk/jam band founded by Ivan Neville, and the headliner, took the stage just after 12:30 pm to this revved up crowd that were just chomping at the bit to get the sound of The Meters. The band made up of Ivan on keys, Ian Neville on guitar, Deven Trusclair on drums, and the two bassists Tony Hall and Nick Daniels III started things out with a couple of their own tunes before inviting George Porter Jr. to the stage.

Porter, a fan favorite around town and in most music circles, got an amazing reception from the fans, as he should. The jam continued with a couple more until Leo Nocentilli came out. Once again the crowd erupted into a frenzy – just an incredible scene when Porter and Leo banged knuckles as Leo walked to his spot on the stage. A few more songs and Ivan introduced Cyril Neville to join the already heavy loaded stage full of NOLA legends. The place was just rockin’. When they say they blew the roof off, I literally felt the floor moving. The Fillmore, located on the second floor of the venue, was bouncing. Looking back on the crowd, I don’t think anyone was standing still; the people who came out were not disappointed and it showed.

The New Orleans Jazz Fest continues this week. Be sure to check on the musicians’ websites to see event schedules as the music doesn’t stop just in the Big Easy.