Exclusive: Street Poet Jeremy Joyce Premieres Live Performance of ‘We Could Linger (Though The Raindrops Fall’

Today sees the premiere of the live performance video for “We Could Linger (Though The Raindrops Fall),” a song imparting beautiful simplicity. 'Street Poet' out this Friday! 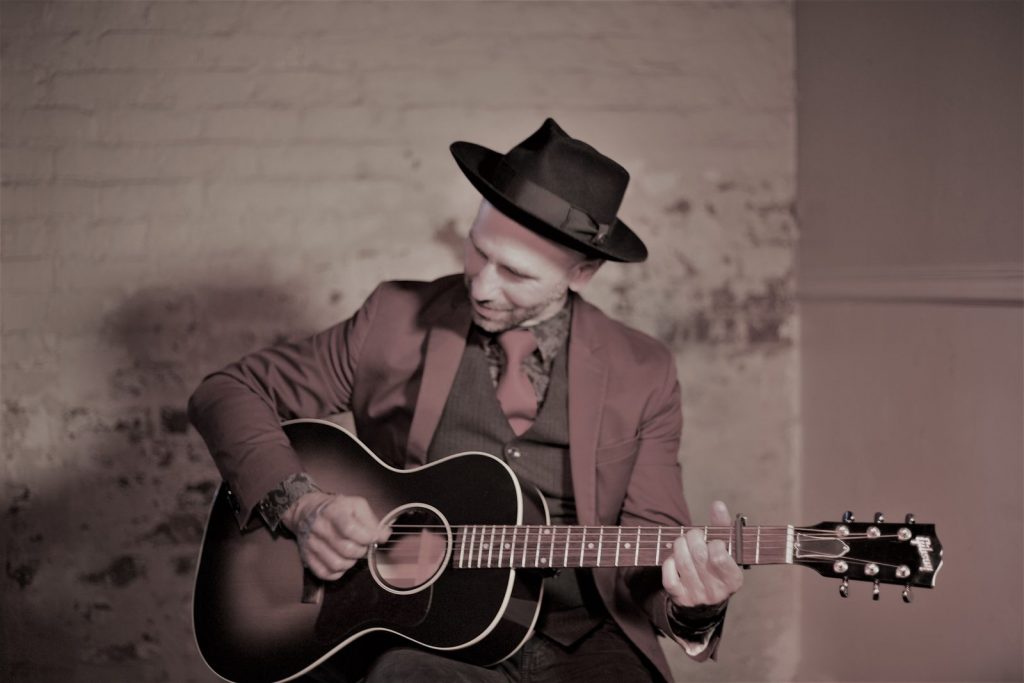 New Orleans singer-songwriter/guitarist Jeremy Joyce walks to the busy beat of the street, drawing from a deep well of inspiration –  from Jackson Square to Lower Decatur, down the bayou and to the river bend.

Indeed Joyce recalls the vintage sounds of jazz, funk, blues, and standard pop, with Street Poet out on May 20. The album was produced by Grammy-nominated Mike Harvey (Hot 8 Brass Band, The Wild Magnolias, Samantha Fish) over at his NOLA Recording Studio. The two captured the essence of the Crescent City.

“What makes New Orleans great is you can break all the musical rules,” says Jeremy. “No one looks at you sideways if you are writing out of four or five different traditions,” he says. Indeed, one glance at the songs sung or written by Allen Toussaint, Aaron Neville, and Dr. John provides ready evidence of the Crescent City’s long obsession with mixing musical traditions.

Players on the album are a mix of local musicians from street to seasoned session players, along with guests Scott Graves (Samantha Fish) and Ghalia Volt (Ruf Records). Special horn arrangements from Alex Geddes from Durand Jones give it New Orleans authenticity.

Joyce is chill on the outside but complex from the inside, which makes him the perfect street musician and a Bourbon Street band leader at the same time. He’s seen a lot from those perspectives, whether it’s from the stage or the bike taxi, fanning the flames of his lyrics and melodies. He hails from Philadelphia, PA, and made some pit stops along the way – New York City – Texas – St. Louis, MO before landing in NOLA to be a musician full time.

Self-taught, he’s explored genres like rock, country, jazz, rockabilly, and more as he created his own sound, solid and expressive. From punk to indie rock to almost folk music, he’s been very creative and prolific, releasing two albums, two EPs, several singles. He has played some of the city’s biggest festivals – French Quarter, Cigar Box, and the New Orleans Film Fest Music Initiative. Last year he released his single, “Come Back to New Orleans (Celebrate the Mardi Gras),” for Mardi Gras when most of the celebrations were sidelined due to the Coronavirus pandemic. OffBeat Magazine chose the stand-out song as an anthem of sorts to give everyone hope for the future. Since moving, he formed bands, developed a stage persona, done solo work, and collaborated with others in The Crescent City to obtain a substantial life as a full-time musician fulfilling the aspirations handed down to him from his actor-father.

Today sees the premiere of the live performance video for “We Could Linger (Though The Raindrops Fall),” a song imparting beautiful simplicity like a revisit to the bygone Tin Pan Alley era of American music.