8X BMA Nominee Al Basile is ‘Through With Cool’ 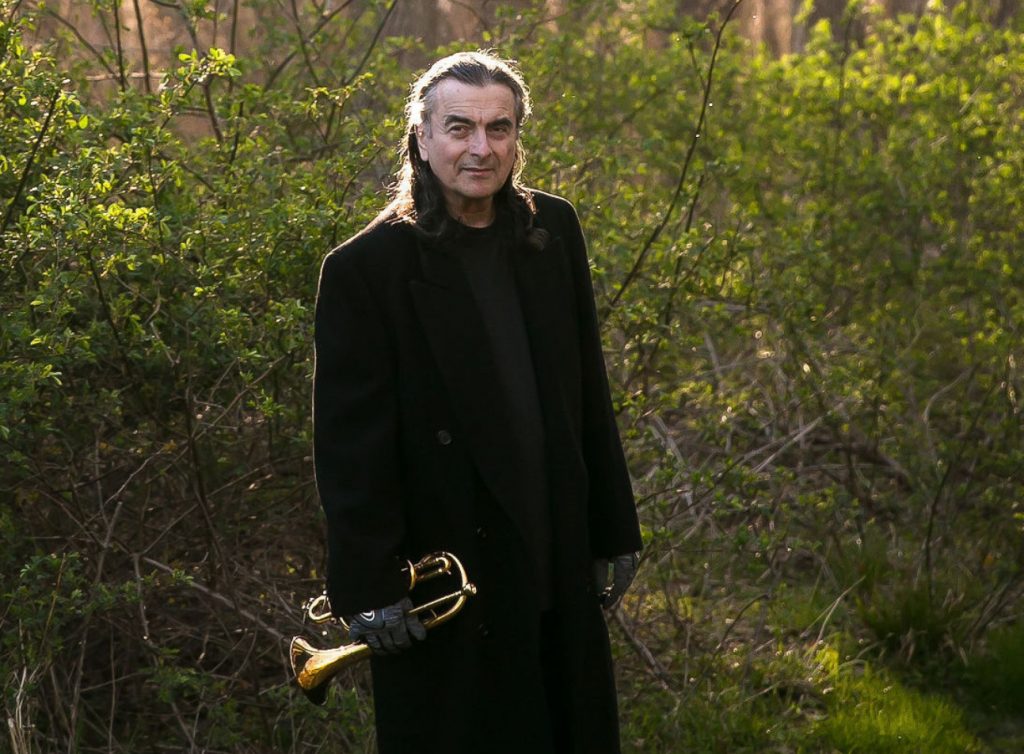 Through with Cool benefits from Al Basile’s quickly- growing skills as his own producer, refining the sound of his last two production efforts Last Hand and B’s Testimony, as Basile directed all the aspects of the new project, recorded by Jack Gauthier at Lakewest Studios in West Greenwich, Rhode Island. Basile (vocals and cornet) is joined on the new disc by his veteran crew of New England music all-stars: Bruce Bears on keyboards, Brad Hallen on bass, Mark Teixeira on drums, Doug James on tenor sax and Jeff “Doc” Chanonhouse on trumpet, plus the guitar wizardry of multi-Blues Music Award nominee Kid Andersen. And fans of Basile’s signature cornet work will be pleased to know that his horn playing has reached another level on the new disc.

Through with Cool is the most completely realized of my 19 albums – the closest to what I heard in my head when I first conceived of the songs. I’ve worked with Mark, Bruce, and Brad on ten CDs, and they know my music inside and out. The horns have been together on my projects multiple times.

And Kid Andersen has outdone himself on his second time out, coming up with great rhythm parts and a rainbow of different guitar colors, each an enhancement to the songs. His versatility and taste show his nomination as best guitarist at this year’s BMAs was apt, and I turned him loose on a few extra-long solos that are spectacular. We’ve also stepped up our production game, with seamless teamwork between Jack Gauthier in the studio and Glenn Halverson in mastering on this, their second project together. It’s my best sounding record.

Other changes make this an improved Al Basile effort. “After a couple of years of vocal difficulties, which were finally diagnosed and healed, I’m singing with more ease and control on this one,” he reveals. “My voice is more responsive, and my phrasing has gained a smoothness that lets me do more with the words. And I spent many more hours practicing my horn during COVID, which has resulted in more control over my cornet sound and lots of fresh ideas. It’s great to be improving at these things I love to do as I enter my mid-seventies. Of course, in the end it’s really all about the songs – that’s why I make records. I express myself by writing poems, plays, and songs – in the poems I’m on my own, but with plays and songs I need help to realize the vision. I’m blessed to have great collaborators who bring out the life in my writing and back me up like champs. We’re all proud of Through with Cool. It’s the product of many lifetimes spent by the guys and me, learning and refining the skills you hear on it.”

Basile’s previous album releases have consistently made the top 20 on the Living Blues charts. He’s been nominated eight times for a BMA as Best Horn Player, and his 2016 release, Mid-Century Modern, was nominated as Best Contemporary Blues Album. He’s written hundreds of songs, some of which have been covered by Ruth Brown, Johnny Rawls, and the Knickerbocker All Stars. Guests on his own releases have included the Blind Boys of Alabama, Sista Monica Parker, Sugar Ray Norcia, Jerry Portnoy, and jazz great Scott Hamilton.

Celebrated for his mastery of lyric writing as well as music, Al’s skill with words extends to his other career as a poet: he is published regularly in leading journals, has won prizes, and has three books in print collecting his work from the Seventies until the present day. For the last four years he has taught lyric writing, led panels, and performed at poetry conferences.

Born in Haverhill, Mass., on the north shore of Boston, Al was the first to receive a Master’s degree from Brown University’s writing program. He was the first trumpet player for Roomful of Blues in the mid-Seventies, and he’s enjoyed a long relationship as a co-writer and sideman during Robillard’s solo career since the Eighties, garnering credits as songwriter and trumpet player on a dozen of Duke’s CDs and DVDs. In 1998, he released his first solo CD on his own Sweetspot label. He also taught English, music, and physics in a private Rhode Island high school for 25 years before devoting himself to music and poetry full time in 2005.