This 17-song, 90-minute set packed in a lot including the majority of the new material from 'Juke Joint Gems' 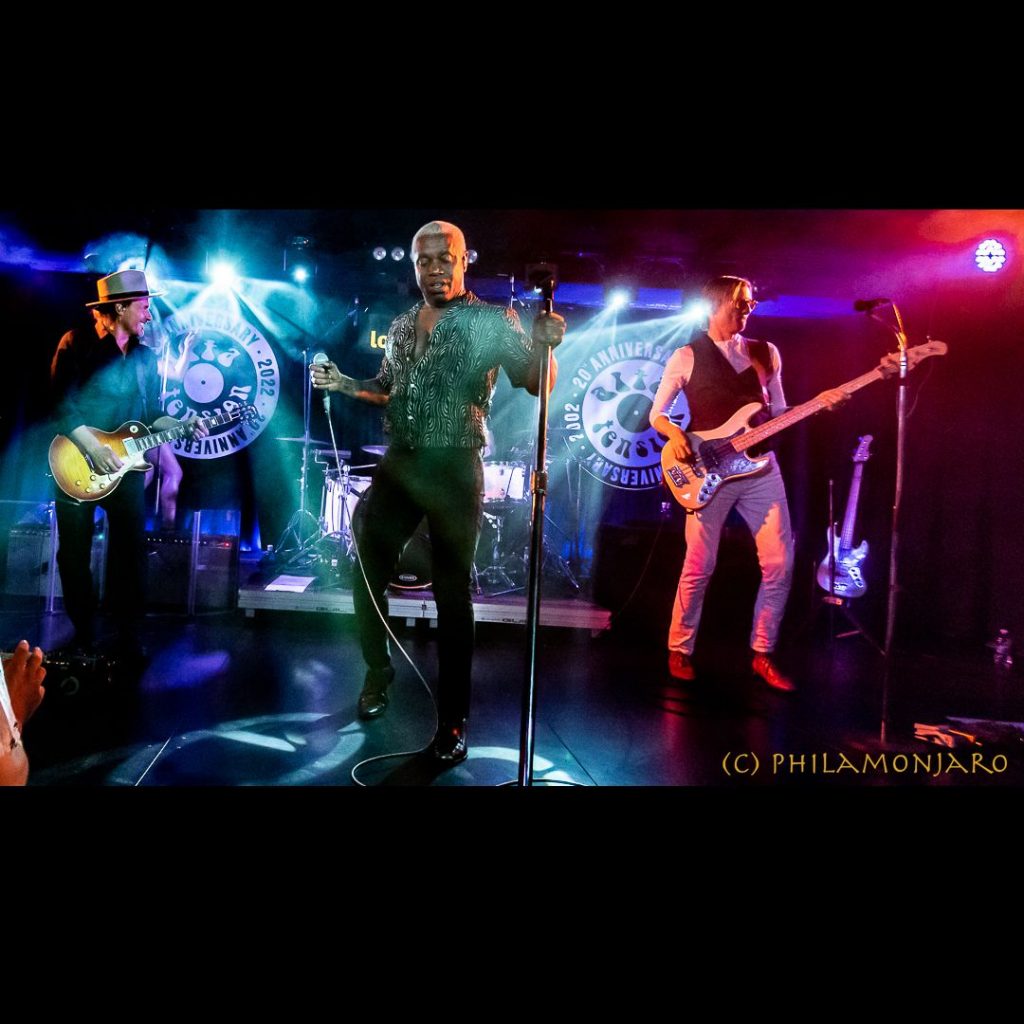 The band entered the stage and took their customary, band-only moment in a pre-game, back-to-the-audience huddle before opening with new song “Love With Me.” This full tilt, hands-in-the-air, rocker broke the sweat and supercharged the room.

Friday, July 15, Vintage Trouble fans were in for a rare treat when VT performed an intimate show at Loco Club in Valencia. An added date to their Juke Joint Gems European Tour. Only announced the previous week, they squeezed in this show en route to Italy. And what a treat it was for fans as the band no longer plays clubs this small. Nowadays they pack bigger venues. Over the decade they have toured as the opening act for greats such as The Rolling Stones, AC/DC, The Who, Bon Jovi and more. Well suited playing to huge crowds.  Their following of “superfans” are affectionately known as TroubleMakers. This night TroubleMakers, many who have caught other shows on this tour, have traveled to Valencia for this one night. They packed the front of the stage and cheered with abandon setting the mood for the rest of the audience.

This Los Angeles-based band is a self-described soul rock band. A tight quartet featuring Ty Taylor (lead vocals), Richard Danielson (drums), Nalle Colt (guitar), Rick Barrio Dill (bass guitar), and an added back-up vocalist Tawny Dolly. Collectively they bring a fun, rockin’ chemistry to the stage. Tawny augments the vocals and fits in nicely with the quartet. To catch each of their non-verbal side-glances at one another, one quickly picks up on how connected they are musically and otherwise. A band tightly forged over a decade of persistent hard work.

Without missing a beat, the band broke into more new material. A hard-driving, four-on-the-floor “Low Down Dirty Dog,” from their 2021 release Juke Joint Gems. The drumming is reminiscent of Gary Glitter’s “Rock and Roll Part One,” a complete infectious beat that drives the tune forward with a one-four-five blues turnaround.

“I know I’m not the only other man,

Who wants your hand to be in his hand.

But I don’t just want.

I need you Nancy Lee.”

Next they went into an older number, “Nancy Lee” – a slinky, confessional, shuffle with gritty guitar that ends in half-tempo with Taylor’s falsetto voice wailing. As the music ended he led the crowd in rounds of singing the chorus and clapping to “I hope you see me, Nancy Lee.” The band re-entered in a soft breakdown sussing out the vibe for another minute. The band’s command of the room is mesmerizing.

Taylor proclaims “Turn the heat up!” as they started “Blues Hand Me Down,” a longtime staple to the set and familiar to fans. Fans sang along with the chorus.

“My Whole World Stopped Without You” slowed things down as a doo-wop-style ballad demonstrating Taylor’s range as a singer. Next, keeping the slow groove was a new song “24-7-365 Satisfaction Man.” It has a wonderfully, seductive Stax Records groove beginning with the sultry rhythm guitar turns, the bass climbs and the verses’ melody. A truly sexy song. Again, Taylor closed the song by leading the crowd as they sang the chorus in unison.

Ty Tayor worked the stage in full-athletic endurance. His swinging leaps bracing himself on his mic stand is one of his signature moves. Taylor’s strutting rival James Brown. At one point, he spontaneously lassoed a photographer in the front row with his mic cabled in such a teasing way. By early-set he ventured into the audience and climbed onto what appeared to be a sidebar. Slightly hunched over clearing the low ceiling, he sang away working up the crowd.

Nalle Colt would occasionally take center stage to seamlessly peel off guitar solos while Richard Danielson and Rick Barrio Dill held down the rhythm section upstage. Noteworthy is the big sound Danielson gets on his drum set that is very simple: a kit centered around an oversized bass drum. Diameter-wise, akin to a marching band drum. Very cool while boasting no frills. Combined, the four of them are a force much greater than the sum of their parts.

This 17-song, 90-minute set packed in a lot, including the majority of the new material from Juke Joint Gems. The most poignant song was mid-set; this slow-groove, haunting minor key, gospel-inspired song “The World’s Gonna Have To Take A Turnaround” took the attention toward the sobering realization that, yes, we do need to turn things around. Taylor introduced the song with a plea reciting the title in call-and-response.

“Knock Me Out” closed the show on an exhilarating note. A fitting number to end the evening when observing the delirious crown exiting.

If you have never seen Vintage Trouble live, check them out. You will be in for a real treat.

Blues Hand Me Down

The World’s Gonna Have To Take A Turnaround*

Knock Me Out
* songs from Juke Joint Gems