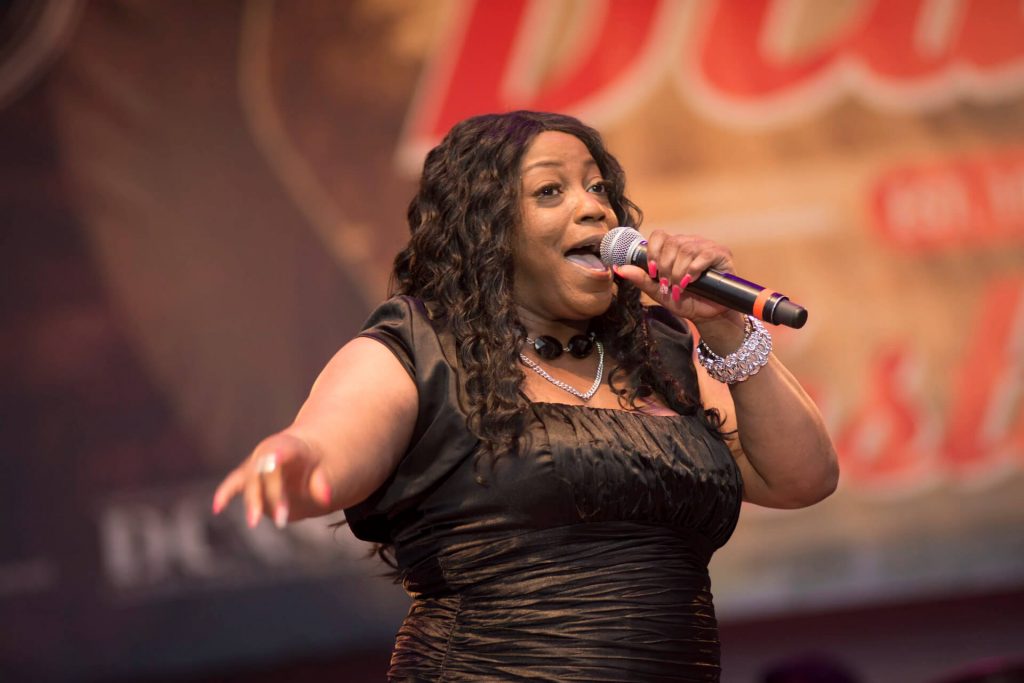 Demetria Taylor was born to sing the blues as she is the daughter of the legendary Chicago blues guitarist Eddie Taylor! The songs on Doin’ What I’m Supposed To Do are a balance of traditional blues and modern R&B, with some written by her family, some by fellow musicians Mike Wheeler and Larry Williams, one by the venerable Magic Sam, and two by Demetria herself.

This second Delmark record is a strong follow up to her Delmark debut, Bad Girl, which was nominated as best new artist debut in the 2012 Blues Music Awards. This much-anticipated new recording features the superior support from label mates Mike Wheeler Band and guitar star Carlos Showers, who often back her at her frequent gigs.

Very special guests include the legendary vocalist Deitra Farr on “Blues Early This Morning”, written by Demetria’s mom Vera Taylor; and guitarist Billy Flynn, who supplies his amazing guitar work on the aforementioned track, in addition to her dad, Eddie Taylor’s “83 Highway.”

Taylor is proud to be the new recipient of the KoKo Taylor “Queen of the Blues” Award in 2022 given by the Jus’ Blues Foundation.

Record Release Party at SPACE in Evanston, Illinois is on August 22nd.

As Demetria says, and we believe her: “It’s my time”.