While many researchers doubt that Bogan lived the rough-and-tumble life she often sang about, there is no doubt that she was overtly familiar with the sometimes raunchy underbelly of Prohibition society. 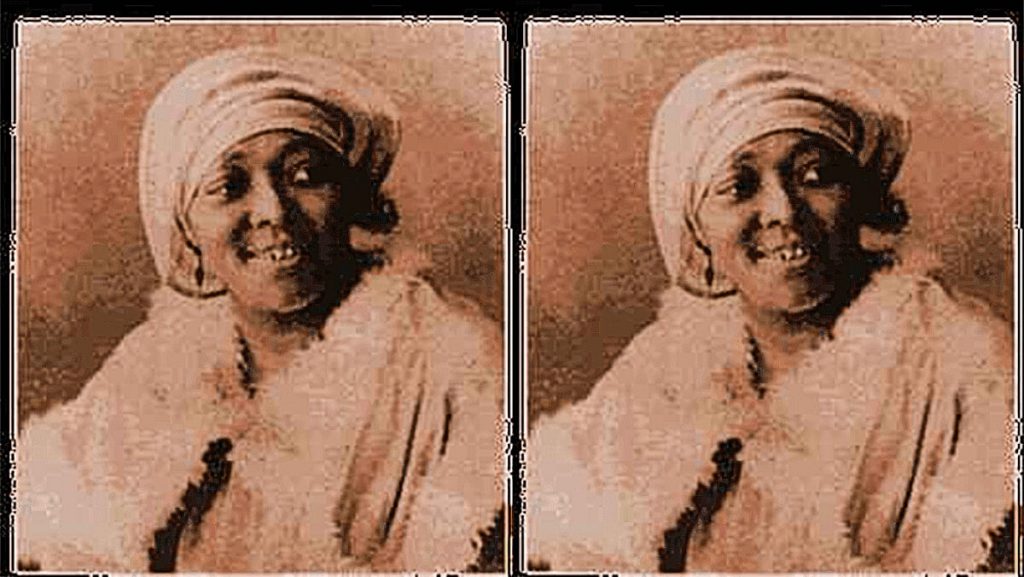 Lucille Bogan is best known as arguably the most hardcore blues artist of the pre-war era. What we familiarly call Hokum Blues, was also known in the early 20th Century as simply Dirty Blues, and Lucille was the unabashed queen. Here are some things you may not know about her.

Disputed Origins: Lucille Bogan was born either Lucille (or Lucile) Anderson on April 1st, 1897. Her birthplace is disputed, as many sources cite it as Amory, Mississippi, however most census records, and Bogan herself (on her Social Security application) list Birmingham, Alabama as her place of birth. Little is known about her childhood, other than her father was a railway man, and by her 17th birthday she had married another railway worker, Nazareth Lee Bogan. She gained a step-daughter in this marriage and in 1915 or 1916 gave birth to a son, Nazareth, Jr.

Musical Firsts: Bogan’s first recordings were vaudeville songs recorded for the Okeh label in New York in 1923 with pianist Henry Callens. However, it was later that year that Lucille recorded “Pawn Shop Blues,” for Okeh in a converted warehouse in Atlanta, Georgia. This made her the first Black blues singer to be recorded outside of New York or Chicago.

Living the Blues Life: While many researchers doubt that Bogan lived the rough-and-tumble life she often sang about, there is no doubt that she was overtly familiar with the sometimes raunchy underbelly of Prohibition society. By 1930, Lucille recorded songs such as “Sloppy Drunk Blues” and “Tricks Ain’t Walkin’ No More.” While her contemporaries, including Bessie Smith and Ma Rainey, were singing more in the hokum fashion, using double entendres for sex and drinking, Bogan was more straight to the point, and by her final recordings, she put on wax songs with lyrics that would make a modern rapper blush. She was brought up in the rowdier juke joints of the 20’s and her lyrics were very thinly veiled, if at all.

Musical Family: Some researchers claim that Thomas “Big Music” Anderson was Lucille’s son, while others say he was her nephew. Bogan’s son, Nazareth Bogan Jr., led a jazz group called Bogan’s Birmingham Busters and, at least for a time, Lucille acted as their manager.

Personal Life: Lucille Anderson, as stated earlier, married Nazareth Bogan in Birmingham, Alabama. In 1941 she divorced him and married James Spenser, who was 22 years her junior. It is also rumored that she had an affair with pianist Will Ezell who accompanied her on some Paramount sessions with Papa Charlie Jackson. Bogan also carried on romantic liaisons with several other men and women. Those carried into the lyrics of her songs, including “B.D. Woman’s Blues.” The B.D. in the title takes the position of bull dyke, a homophobic slur meaning a lesbian of masculine appearance.

By Any Other Name: Around 1933, Bogan returned to New York, and began recording for the Banner label under the name Bessie Jackson. Between 1933 and 1935, she recorded over 100 tracks including some of her biggest commercial successes, “Seaboard Blues,” “Troubled Mind,” and “Superstitious Blues.” It is because of the name change that it is suggested that Bogan didn’t get the name recognition she so deserved.

Famous Covered Songs: During her 12 year musical career, Lucille Bogan recorded with some of the top names in the blues. The aforementioned Will Ezell, along with Tampa Red, Cow Cow Davenport, Walter Roland, and Josh White accompanied Bogan on her tracks. Other artists also covered some of her most prolific songs. “Black Angel Blues,” was subsequently recorded by Tampa Red, Robert Nighthawk, and BB King who changed the title to “Sweet Little Angel.” Blind Blake covered her first commercial hit, “Sweet Petunia.” “Sloppy Drunk Blues,” was covered by several artists including Leroy Carr, Sonny Boy Williamson, and Jimmy Rogers, and “Tricks Ain’t Walkin’ No More,” was later covered by Memphis Minnie.

Final Recording Session: In March, 1935, Lucille made her final recordings for the American Record Company (ARC). Among the songs recorded at that session were the explicit “Till the Cows Come Home,” and two versions of her most memorable hit, “Shave ‘Em Dry,” one of which was not meant for public release. The first version, full of double entrendre was the type of song she had been releasing her entire career. The second version, a raunchy, dirty version popular in the juke joints at the time, was meant to be a private recording, just for the entertainment of friends and recording staff. In the recording below, you hear Lucille actually cracking herself up as she sings the explicit lyrics.

Her Final Years: After these 1935 recordings, ARC did not renew Bogan’s contract, so she returned to Birmingham and never recorded again. She spent her time managing her son’s band, following them to California in 1948 with then husband, James Spenser. She died on August 10th, 1948 from coronary sclerosis and is buried in Lincoln Memorial Park, Carson, California. Lucille Bogan was inducted into the Blues Hall of Fame in Memphis in 2022.

Posthumous Credit: Even though she hadn’t recorded since 1935, it seems that Bogan was still writing songs. Texas bluesman Smokey Hogg released “Gonna Leave Town,” on the Specialty label in 1949, a tune written by Lucille Bogan.