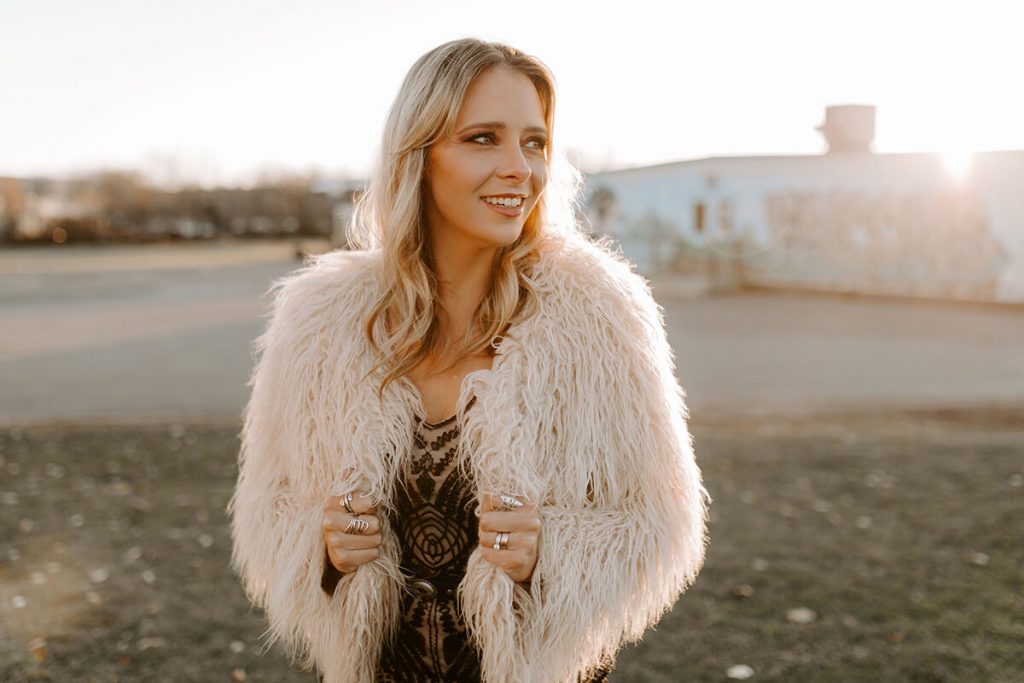 Multiple Maple Blues Award winner, and 2022 JUNO Nominee for Blues Album of the Year, Miss Emily is set to release her fourth album Defined By Love on September 30th, 2022. The high-octane entertainer with a powerful set of pipes calls Kingston, Ontario home and has been a highly sought-after performer at festivals around the country.

We humans are often defined based on a single thing. For some, it could be a career choice. For others, it might be a character trait or even an event. For Miss Emily, it would be simple to say that she’s defined by her unparalleled voice, but she would encourage you to seek a broader definition of who she is.

Whether it’s parental love, romantic love, or an all-encompassing love for community, Emily’s contention is that love is at the core of who we are. Emily Fennell’s earliest memories swirl through the dusty fairgrounds of Southern Ontario, accompanied by her parents, as she pursued her love of performing at county fair singing competitions where the creaky floorboards of outdoor stages laid down the backbeat. Later as a young adult, Miss Emily emerged from a soul-drenched gumbo of blues, old-school R&B, and jazz. With Ray Charles and Aretha as her mentors and K.D. Lang as her benchmark she went to school. Studying her craft on the sideroads, backroads, and highways of Ontario; she played every juke joint and nightclub that would have her.

When she was pregnant with her daughter Piper, she took up residency at The Merchant in Kingston. Every Friday night she preached love, happiness, and harmony to jam-packed crowds and in the midst of the cover songs, she’d throw in a few of her own. Soon the setlists would be more hers than theirs and as she fell in love with her adopted hometown of Kingston, Kingston fell in love with her. It’s a love that flourished as she played festivals and music halls and more recently six sold-out shows at the Isabel Bader Theatre. Now she’s headlining the City’s centerpiece of artistic performance, “The Grand.”

In all that time, despite the advice of highly-placed music industry insiders, never once did Miss Emily assume a persona. She has been hilarious in her honesty, heartfelt in her compassion, or touching in her grief but always and forever she’s been her genuine self on stage and off. That naked commitment to the truth has never been more apparent than in her fourth studio album, Defined By Love. It’s a warts-and-all diary of a year filled with confusion and anger, lost relationships and found humanity.

Defined By Love is a deeply personal 12-song meditation on deception, pain, resilience, and finding strength among the ruins of heartbreak. Someone once said that we are the sum total of our experiences. It’s three words and the fine line between friends, lovers and foes. It’s walking the road less travelled but making that road your own. That may, in fact, be true but those experiences – good or bad – shouldn’t define us. Take Miss Emily’s advice and don’t allow the world to lock you into a single description. Be defined by family, friends, and community. Be defined by love.